NHS hospitals spent nearly £4billion too much in the last financial year, a damning report claims.

The Nuffield Trust health think tank found NHS trusts were almost £3billion deeper in the red at the end of March than was reported in their official accounts.

The authors said the ‘eyewatering’ figure lays bare the crisis at the heart of the health service.

Their analysis of accounts and financial data published by NHS regulators found an overspend of £3.7billion at the end of 2016/17, compared to the £791million reported by the regulators.

The health charity said the reported figure had been ‘flattered’ by billions of pounds of one-off savings and temporary extra funding.

They wrote: ‘Together those organisations consume well over two-thirds of the Department of Health’s total spending. ‘So when they catch cold, the rest of the NHS does too.’

Sally Gainsbury, senior policy analyst at the Nuffield Trust, warned that the scale of the financial challenge facing the NHS was ‘eyewatering’. 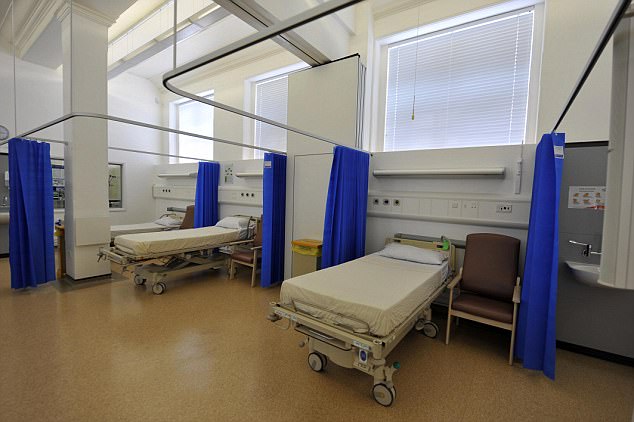 She said: ‘The official figures on NHS deficits don’t reflect how severe things are for hospitals in England, as the deficits reported include one-off funding boosts or savings that cannot be repeated the following year.

‘Only by looking at the deficit after these have been stripped out can we see the scale of financial challenge facing the NHS – and it is eye watering.’

She added: ‘Increasing funding to wipe out these deficits and fund much-needed reform in the NHS is entirely possible and wouldn’t even increase the proportion of our country’s wealth spent on healthcare.

‘Our hospitals are undoubtedly in financial crisis. But the solution to that crisis is not beyond the reach of the public purse.’

He added: ‘These figures are a stark reminder that this Tory Government is continuing to underfund our NHS, leaving hospital finances in a sorry state.’

But Jim Mackey, chief executive of NHS Improvement, which is responsible for health finance, said the NHS is currently on track to hit its budget because hospitals have agreed to tighten their belts.

He said ‘The NHS finances are broadly on plan for the first quarter of 2017/18, with 88 per cent of NHS providers agreeing to ambitious control totals for the year ahead and 71 per cent delivering them in the first three months.

‘We have seen another massive improvement in the amount of money spent on temporary staff across the NHS. For the quarter, overall spending on agency shifts was £169million – 22 per cent – lower than during the same period last year.

‘The NHS is relying less on agency staff and turning to more cost effective bank and substantive roles. As a result, bank spend has increased and for the first time exceeded agency expenditure for the quarter.

‘My message to the NHS is steady as we go because we know things will get tougher during winter, let’s plan early and work together.’