Host fired after calling Chloe Kim a ‘hot piece of a**’

A US radio host has been fired after calling teenage Olympic gold medalist Chloe Kim a ‘little hot piece of a**’.

Patrick Connor made the sexual remarks on Tuesday after the 17-year-old won the gold medal in the women’s halfpipe in Pyeongchang, South Korea.

He called Kim ‘fine as hell’ along with more vulgar sexual comments, then said ‘the countdown is on’ until Kim’s 18th birthday.

Chloe Kim, 17, became the youngest woman to win a gold medal on snow at the Winter Games after dominating the women’s halfpipe on Tuesday 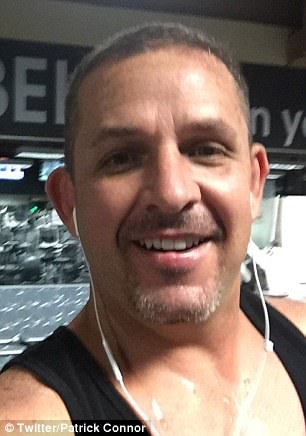 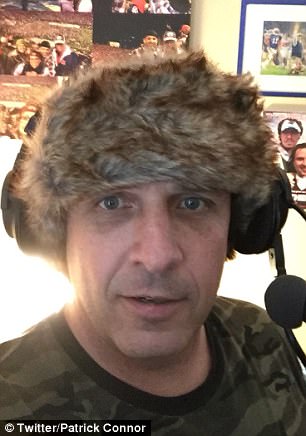 And on Wednesday, program director Jeremiah Crowe of KNBR-AM said in a statement that he has been fired.

Barstool Sports founder Dave Portnoy, without referring directly to Connor, said on Twitter that his network sometimes misses the mark with humor, but ‘crybabies’ will not dictate its actions.

After the trio joked about how Kim’s name was similar to Kim and Khloe Kardashian, Connor shockingly said he was counting down the days until the teen’s 18th birthday in April.

Connor went on to compare himself to Matthew McConaughey’s character in the film Dazed and Confused.

‘Her 18th birthday is April 23 and the countdown is on baby because I got my Wooderson going. ‘That’s what I like about them high school girls’,’ he said.

‘She’s fine as hell!’ Connor added while his co-hosts laughed. 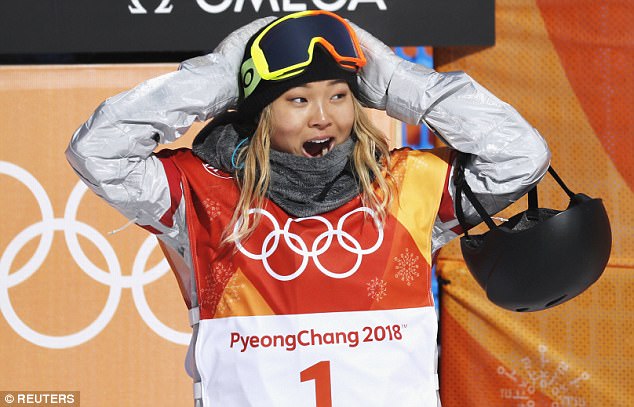 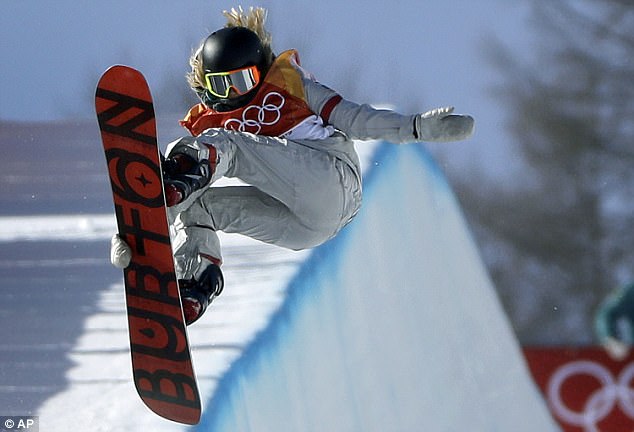 The 17-year-old, whose extended family from South Korea turned out to watch her pave her way to victory, finished ahead of the 12 competitor pack

Deadspin first reported on Connor’s demeaning comments and the radio host’s only response to the criticism was a tweet that read: ‘Deadspin still exists?’

The Californian teen became the youngest woman to win a gold medal on snow at the Winter Games after dominating the women’s halfpipe snowboarding final.

She is also the first woman born in the 21st century to win a gold medal at the Winter Olympics.

Kim put up a score of 93.75 on the first of her three finals runs and then bettered it with a near-perfect 98.75 on her last run with the gold already well in hand.

She hit back-to-back 1080-degree spins on her second and third jumps – repeating a combination no other woman has ever done in a competition. 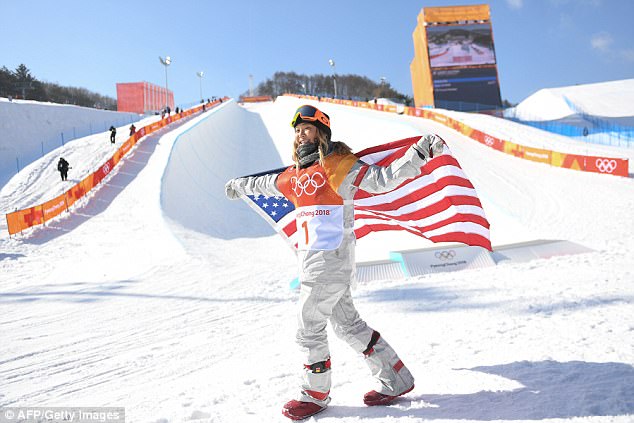