Hot cop who went viral in a selfie as he helped Hurricane Irma victims is releasing a calendar to raise money for a police program which reaches out to kids.

Officer Daniel Rengering, 27, with the Gainesville Police Department in Florida is releasing a calendar where all the proceeds will go towards the Basketball Cop Foundation.

He and two other cops shot to fame after the police department posted a selfie of them working on the night of Hurricane Irma.

Rengering is now releasing a 13-picture calendar where all the proceeds will go towards an organization that advocates for better relationships between law enforcement officers and children in their communities.

Officer Daniel Rengering (right) along with Officer John Nordman (left) and Officer Michael Hamill (middle) shot to fame last year after their selfie during Hurricane Irma was posted on Facebook. The Gainesville Police Department in Florida posted the photo to inform the public of the cops working to help the community 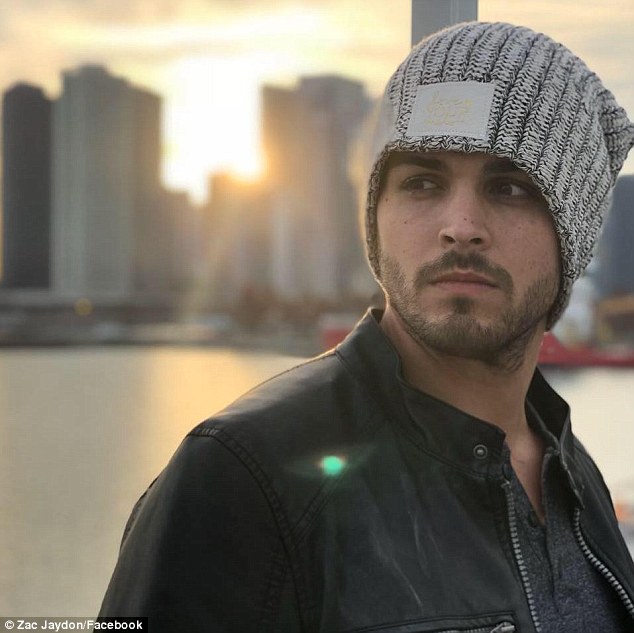 The 27-year-old is selling calendars for $30 that feature 13 pictures of himself. All the money will go towards the Basketball Cop Foundation, which was started in Gainesville, Florida

The calendar costs $30 and can be personalized with a message from Officer Rengering for an added $5. 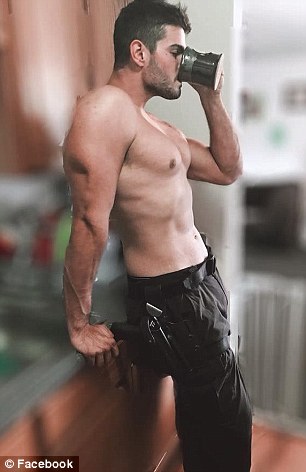 Thirsty: The selfie of Rengering and his co-workers went viral with more than 276,000 shares. He is now using his recent fame to help raise money for a good cause

The selfie, which helped the officer garner fame, was posted on the police department’s Facebook page and amassed more than 276,000 shares and 517,000 likes.

But after the selfie went viral, Officer Michael Hamill was suspended over anti-semantic posts that he allegedly made years ago.

These posts were found after fans of the ‘hot cops’ went through their social media pages.

In one post dated April 2013, Hamill allegedly wrote: ‘Who knew that reading Jewish jokes before I go to bed would not only make me feel better about myself but also help me to sleep better as well.’

The post continued: ‘Here is one for everybody, ‘What’s the difference between boy scouts and Jews?’ Anybody know? Well it is because ‘Boy scouts come back from their camps,’ the post continued.

Hamill resigned in December from the police department after he was suspended for his posts.

Rengering now has a fan page on Facebook after the viral selfie and is using his platform to advocate for a better relationship between the public and police officers.

The Basketball Cop Foundation started after Officer Bobby White with the Gainesville Police Department responded to a noise complaint about children playing basketball too loudly in January 2016. 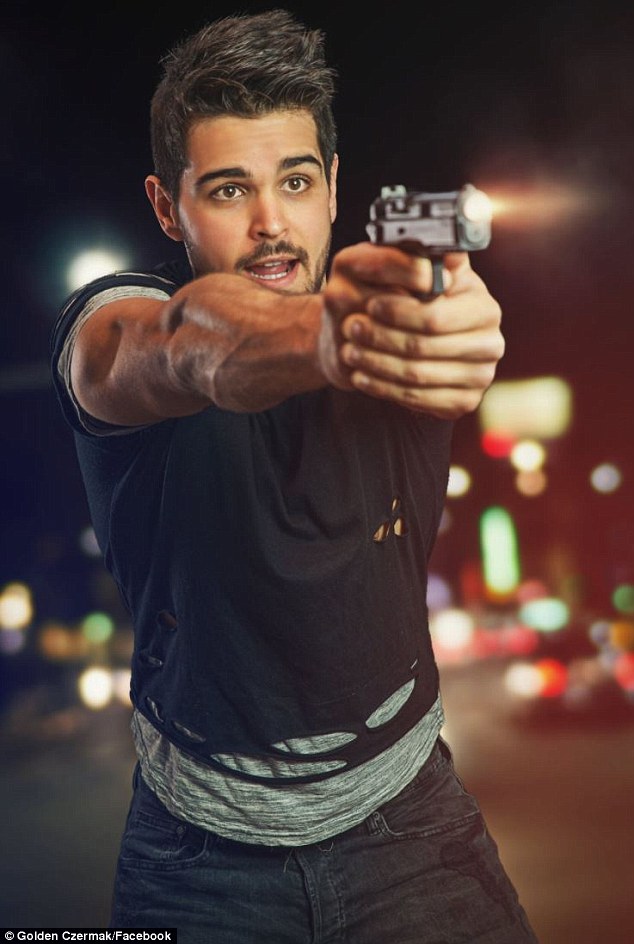 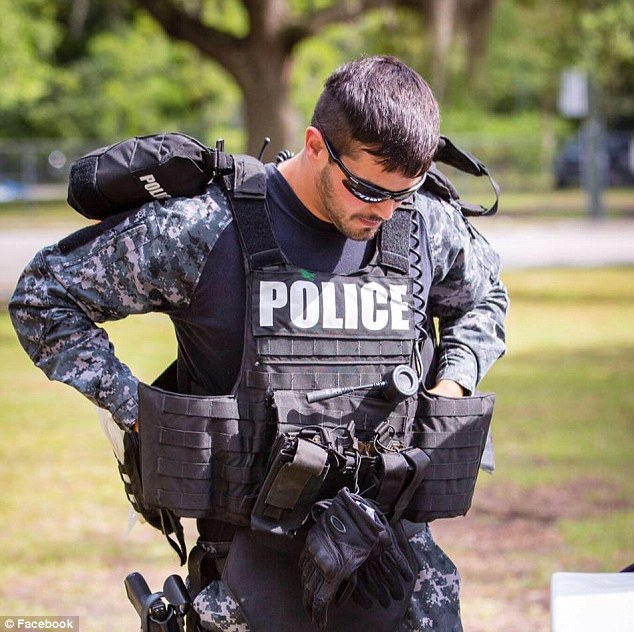 Packing heat: A spokesperson for the Gainesville Police Department said they wanted to do a calendar featuring all their ‘hot cops’, but the city didn’t approve it. Rengering went solo and is releasing the calendar by himself 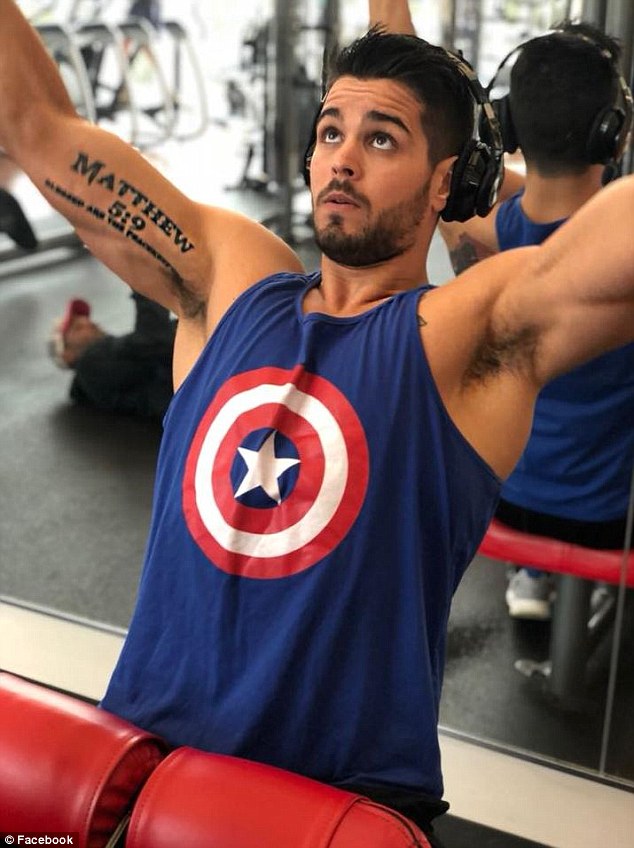 He showed up and instead of berating the children, he played basketball with them. This moment was captured on his police car’s dash camera and was later released for the public.

The video went viral with more than three million views.

The message was clear stating that officers wanted to let ‘kids be kids’ and only focus on the ones committing real crimes.

This inspired Officer White to start the Basketball Cop Foundation to help forge better relationships between children and police officers across the nation.

It encourages law enforcement to set up events such as basketball games to help children feel more comfortable around them.

Officer Rengering is using all the proceeds made from his ‘hot cop’ calendar to donate to the foundation.

A spokesperson said the Gainesville Police Department tried to create a calendar featuring all of their cops but it wasn’t approved by the city, according to The Gainesville Sun.