Two people have tragically died in a mysterious early-morning house fire while another was rushed to hospital.

The blaze overwhelmed the top storey of a townhouse in Werribee, west of Melbourne, on Saturday morning.

It brings to three the death toll from two separate but fatal house fires in just two days in Victoria.

Emergency services were called at 7.25am and rushed to the scene where they eventually recovered two bodies inside. 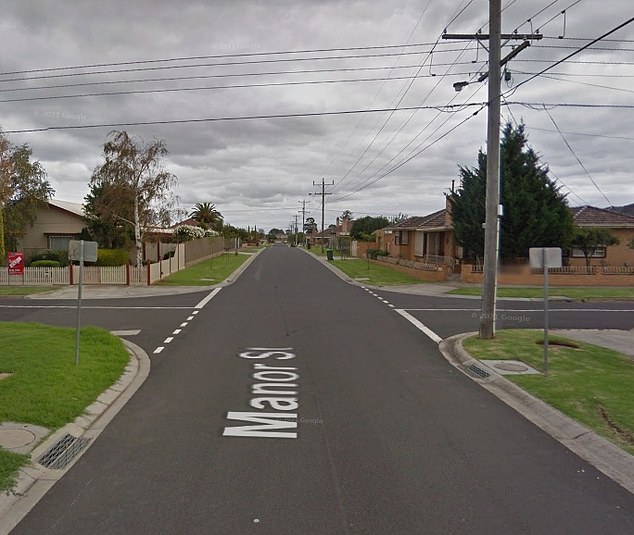 Victorian police say the cause of the fatal blaze, on Manor Street at Werribee, is unknown and are appealing for public help as they investigate it

A third resident, a man, was taken to hospital with ‘non-life-threatening injuries’.

Victoria’s Country Fire Authority said the fire was quickly contained to the top storey of the home.

‘The fire was brought under control at 7.48am and declared safe at 8.44am,’ it said in a statement.

‘CFA had 7 vehicles on scene supported by Fire and Rescue Victoria crews.’

Ambulance Victoria confirmed its workers treated a man on the scene.

‘Paramedics treated a man in his 30s for smoke inhalation,’ it said in a statement.

‘He was transported to The Alfred Hospital in a serious but stable condition.’

Victorian police say the cause of the blaze is unknown and are appealing for public help as the Arson Squad investigates the tragic incident.

They have asked for ‘witnesses, anyone with CCTV/dashcam or anyone with information’ to come forward and report what they know to Crime Stoppers, even anonymously.

It is the second fatal house fire in two days in Victoria.

On Friday morning a 42-year-old man died at a house in Winjeel Court in Braybrook in Melbourne’s west.

Another man, 76, was treated for smoke inhalation at the scene but survived.