A homeowner has gone through every landlord’s worst nightmare after her house was trashed and abandoned by rental tenants in south Queensland.

Kathy Beerens’ tidy three bedroom home was anything but when she attended the Ipswich home for a rental inspection just three months after tenants moved in.

The carpet was burnt, there was rubbish everywhere and the bathroom was covered in human faeces all around the outside of the toilet and shower curtain, Queensland Times reports.

A landword was left distressed when she found her house had been trashed by the tenants, with an above ground swimming pool unfenced and filled with green water left behind

It’s understood a child set the curtains alight while playing with sparklers in the house.

Mrs Beerens has been left to foot the bill of not only $2000 worth of damages but also three weeks of unpaid rent after the tenants abandoned their lease.

The tenants were a middle aged couple with an eight-year-old, according to the Queensland Times. 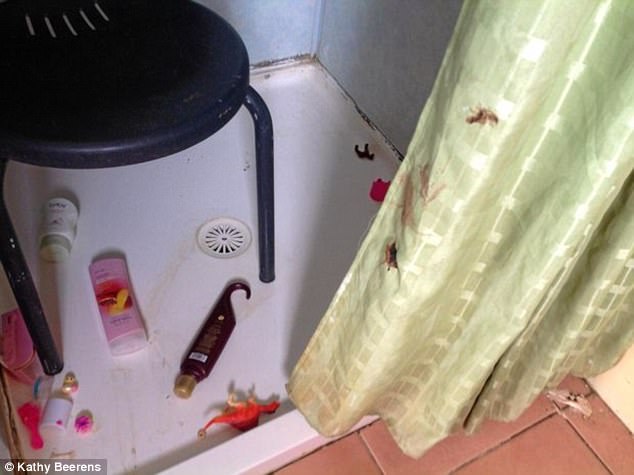 Around $2000 of damage was caused, which isn’t covered under rental insurance

‘The yard is awful and they have a 900mm high swimming pool full of green water, unfenced,’ Mrs Beerens said.

‘As an owner, I’m angry. I’m really really angry. It disappoints me that children are dragged up in that sort of squalor. Imagine that child having friends over to play and you’ve got poo everywhere through the house.’

The property has been inspected by police and reported to the authorities. 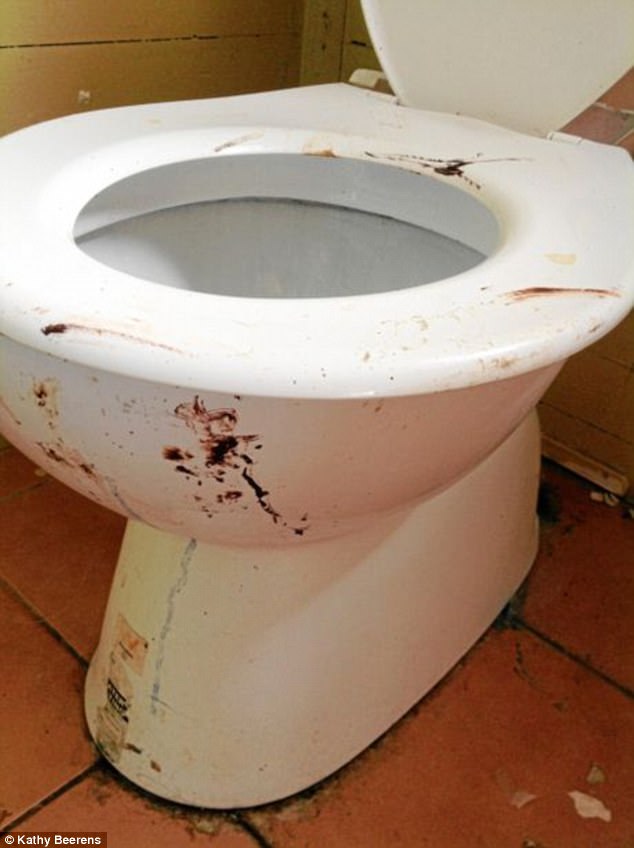 The toilet and bathroom was covered in human faeces. The owner was disgusted an eight-year-old was living in such conditions

Mrs Beerens can’t be compensated under rental insurance because the damage was classified as ‘normal wear and tear’.

On top of that, Mrs Beerens will be forced clean the house herself and must keep everything left behind for a month before she can throw it away.

She is undecided what to do with the house.

‘There’s kittens in there somewhere too,’ she said. 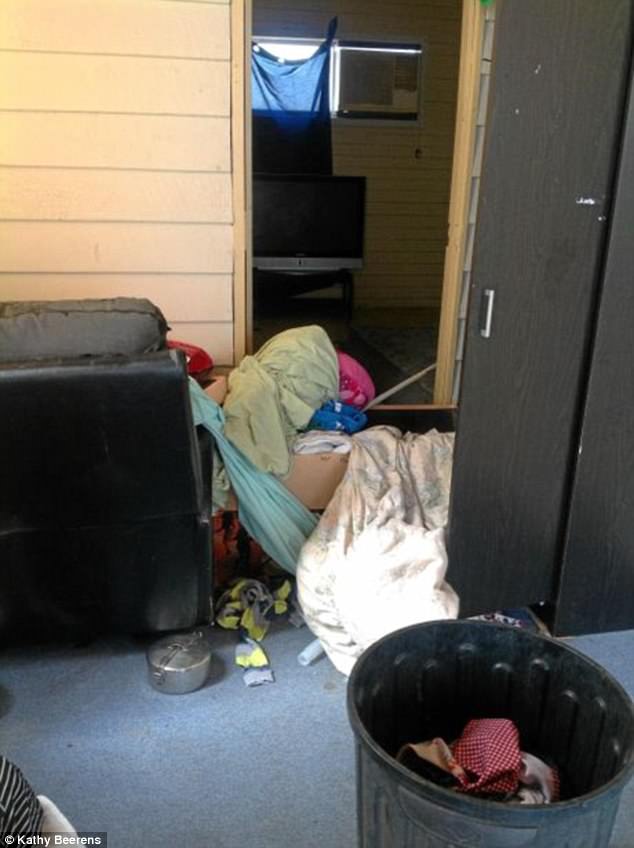