House prices could fall by as much as 8 per cent next year, after the property market enjoyed some of the biggest increases on record.

Average values rose by nearly £55,000 between March 2020 and August of this year, according to Halifax.

But it said that the housing market will now ‘rebalance’ amid a more challenging economic environment.

The lender, along with some estate agents, gave their verdicts on the housing market and where values are likely to head next year.

The forecasts come after the Bank of England increased interest rates by 0.5 per cent to 3.5 per cent.

The latest rate rises bring further pressure on households already struggling amid the cost of living crisis as food, fuel and energy bills continue to soar.

This year started off with house prices ‘continuing to rise at pace’, according to Halifax

Halifax said that this year started off with house prices ‘continuing to rise at pace’ but values are expected to drop 8 per cent next year.

While it declined to put a monetary value on this drop – saying it doesn’t yet have the data for this month – it said that this level of fall would take prices back to roughly what they were in April 2021, which was £258,295.

It reported that annual house price growth slowed dramatically in November to just 4.7 per cent, down from 8.2 per cent in the 12 months to October.

Andrew Asaam, of Halifax, said: ‘This year kicked off with average house prices continuing to rise at pace, still supported by low interest rates and strong demand from buyers.

‘Looking ahead to next year, it will clearly be a more challenging economic environment and the housing market will continue to rebalance to reflect these new norms.

‘We expect house prices will decrease by around 8 per cent next year. To put this into perspective, such a fall would place the average property price back at roughly the level it was in April 2021, reversing only some of the gains made during the pandemic.’ 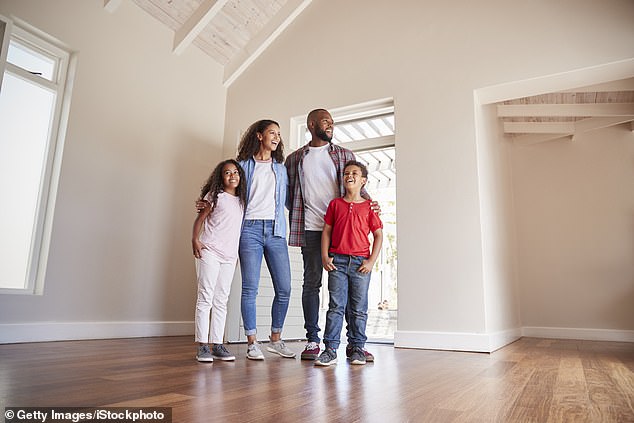 The Bank of England raised interest rates from 3 per cent to 3.5 per cent, in its latest attempt to tame soaring inflation.

It is the Bank of England’s ninth consecutive base rate hike in 12 months – taking rates from only 0.1 per cent to 3.5 per cent today – which has led to a significant rise in mortgage rates.

Lawrence Bowles, director of research at Savills, said: ‘The Bank of England’s decision to slow the pace of rate rises today will bring some relief for mortgage borrowers, who have seen their debt costs balloon over the last few months.

‘While rates today are the highest they have been for more than a decade, they have risen by less than markets or economists were predicting earlier in the year.

‘It means affordability at the point of getting a mortgage offer will look slightly less stretched than we had anticipated previously.

‘However, debt costs are still far higher than they were 12 months ago. This means we’re likely to see a slowdown in transaction activity from mortgaged buyers over the next few months, with cash buyers gaining a relative advantage.

‘However, with the pace of interest rate hikes slowing and the possibility of rate cuts on the horizon, the picture looks like it will improve for mortgaged buyers in 2024 and beyond.

‘On the assumption that interest rates peak then gradually ease back a predicted peak of 4 per cent from the middle of 2024, Savills is forecasting that values will begin to recover and that the average house price will rise by 6 per cent over the next five years.

‘This will put prices a significant £92,000 above the pre-pandemic level, following two and a half years of considerable growth (up 24 per cent to the end of September)’. 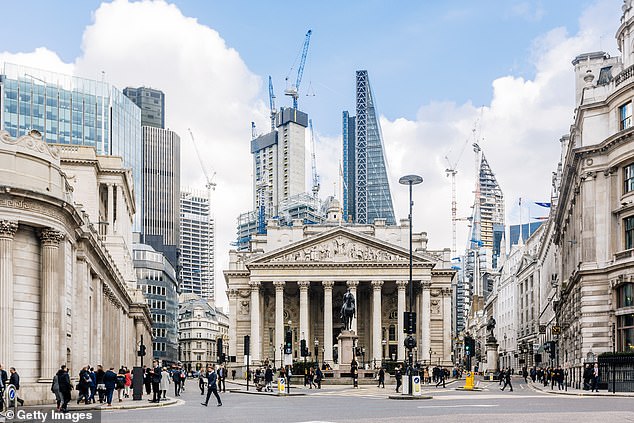 The Bank of England raised interest rates from 3 per cent to 3.5 per cent, in its latest attempt to tame soaring inflation

Estate agents Chestertons is bucking the trend in its latest forecast by predicting that values will not see the widely anticipated drop in values next year.

Instead, it believes that prices will see only a slight dip in 2023, before a 1.3 per cent increase in England and Wales.

It forecasts that prices across England and Wales will drop by around 1 per cent in 2023.

The agent doesn’t believe that prices will fall substantially as ‘strong underlying demand’ for homes combined with ‘fewer-than-expected forced sales will cushion prices’.

Instead, it expects that many homeowners will adopt a ‘wait-and-see’ approach for the first half of 2023, which will reduce the number of property sales that take place.

Many lockdown legacies remain, in particular the race for space as flexible working is accepted as a permanent staple. Buyers in 2023 are looking for family homes that are bigger, with an office room or garden large enough for a standalone studio

It claims that this lack of activity will cause a high degree of ‘buyer frustration’ in the second half of the year which, when released, will support the rapid price growth they expect in 2024.

Matthew Thompson, of Chestertons, said: ‘As supply and activity continue to fall going into 2023, we believe this should counteract the majority of the downward pressure on house prices.’

Jackson-Stops also believes that house prices will either be maintained overall with a 0 per cent change or see a minor adjustment of between 0 per cent and a drop of 4 per cent.

Nick Leeming, of Jackson-Stops, said: ‘While the market will remain subdued until the end of 2022, we expect continued, if sometimes selective demand over 2023, with a return to more normal transaction volumes.

‘We expect to see greater levels of supply enter the market in spring 2023 as long-term mortgage rates begin to level out, giving both buyers and sellers more clarity.’

He added: ‘Many lockdown legacies remain, in particular the race for space as flexible working is accepted as a permanent staple.

‘This means buyers in 2023 are looking for family homes that are bigger, with an office room or garden large enough for a standalone studio. The flexibility to work from home has made buyers more open minded, both on location and property type.

‘Whereas once it needed to be within walking distance of a station for the daily rat race, now to be within just a few miles drive of a major train station will often suffice, opening up a plethora of new properties in the process.

‘For young professionals that may struggle to buy their first home in cities such as London or Bath, applying for jobs that only demand them to be in the office part-time opens up many more avenues of their property search – a real plus for the UK market more broadly.’