House prices in London increase ahead of general election

Less than a quarter – 23 per cent – of postcodes in the capital registered annual price falls in October, down from 82 per cent a year earlier.

London saw average house prices prices edge up over the past year, albeit this was by a modest 1.5 per cent, putting it ahead of only Oxford and Aberdeen among the UK’s major cities, according to property website Zoopla.

One of the factors bolstering the London market was a shortage of new properties coming onto the market, said Zoopla.

Mapped: How house prices have moved in cities across Britain since 2017

London’s slight revival is in contrast to a slowing rate of annual growth in property values across Britain’s major cities generally, although most of them are still seeing prices rise faster than the capital.

Top of the charts is Edinburgh, where property prices are up 4.6 per cent in the last 12 months, followed by Leicester, Manchester, Birmingham and Nottingham.

House price growth in every city covered by the index ran below 5 per cent for three months in a row, from August to October.

The last time there was a three-month run of annual price growth below 5 per cent in all 20 cities covered by the index was in 2012, during September, October and November of that year. 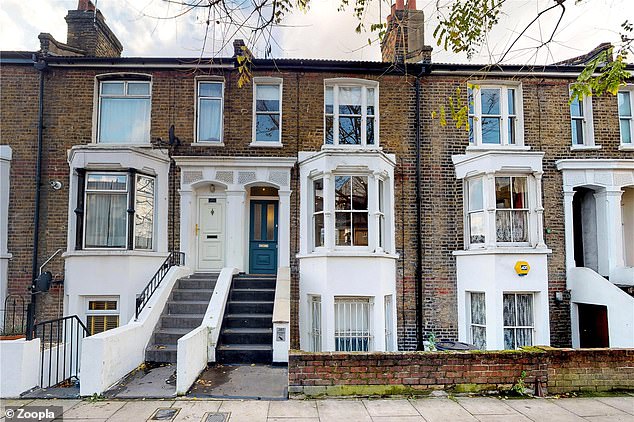 This two-bed flat in East London is for sale for £500,000 via Stirling Ackroyd estate agents

This October’s report also marks the four-year anniversary of consecutive year-on-year house price falls in Aberdeen, prompted by a collapse in the oil price in 2015, Zoopla said.

Despite being placed 18th out of 20 in the list, it is highest rate of growth for in the capital for two years, following a period of year-on-year price falls.

A year earlier, house prices in London were falling by 1.1 per cent annually.

House prices in London recovered more quickly following the financial downturn compared to many other parts of the country. 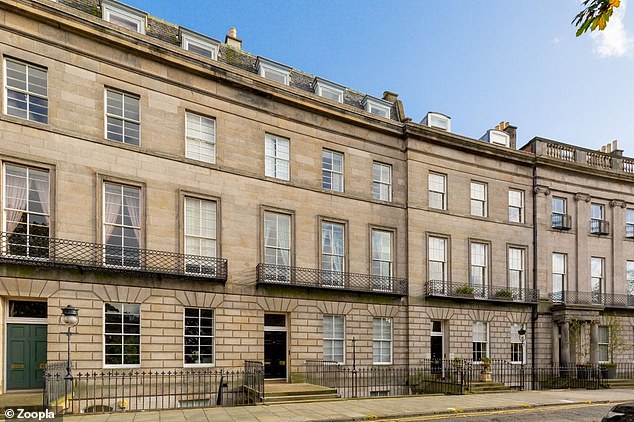 In Edinburgh’s West End, this two-bed flat is for sale  for £455,000 via Coulters Stockbridge

Zoopla said the shift in London house price momentum is due to a decrease in the number of new properties for sale, which has restricted supply.

This is a trend that has been developing for the past 12 months and has been accelerated by the announcement of the general election on 12 December, Zoopla said.

The property website said there was a ‘notable increase’ in the number of sales agreed per estate agency branch, indicating renewed demand for housing in London after falling sales in the past three years.

There are also signs that house sellers’ expectations are becoming more realistic.

In early 2016, when buyer demand in London started to weaken, the market grappled with a 20 per cent gap between the price of new listings coming to the market for sale and the price of property being marketed as sold on Zoopla.

The gap between asking and selling prices has been steadily narrowing, according Zoopla. This should help support London house sales next year, it said. 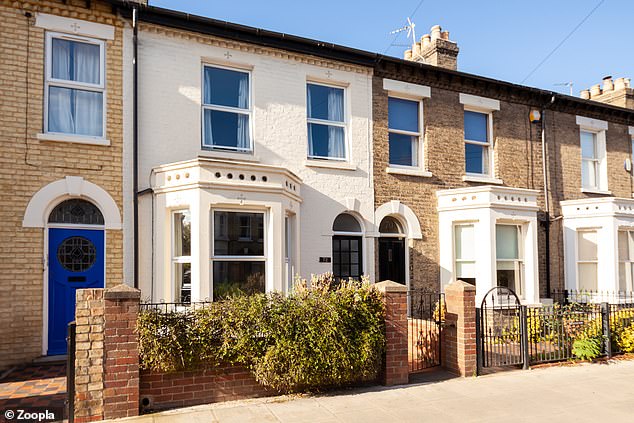 This two-bed house in Cambridge is on the market for £750,000 via estate agents Cheffins

Richard Donnell, research and insight director at Zoopla, said: ‘After a three-year repricing process accompanied by a sizable decline in housing sales, the London housing market is finally showing signs of life.

‘The shift in momentum is clear, resulting from a lack of supply, increased sales and more realistic pricing, which bode well for high sales activity in 2020, rather than a pick-up in house price growth.

‘While the London housing market has been in the doldrums, market conditions in regional cities have been stronger in the last two years with demand supported by employment growth and attractive housing affordability.

‘The rate of growth is slowing, and all cities are registering annual growth of less than 5 per cent.

‘The announcement of the general election has brought forward the usual seasonal slowdown, but the last few weeks of the year pre-Christmas tend to be much quieter than after Boxing Day, when consumer interest in housing springs back to life.’ 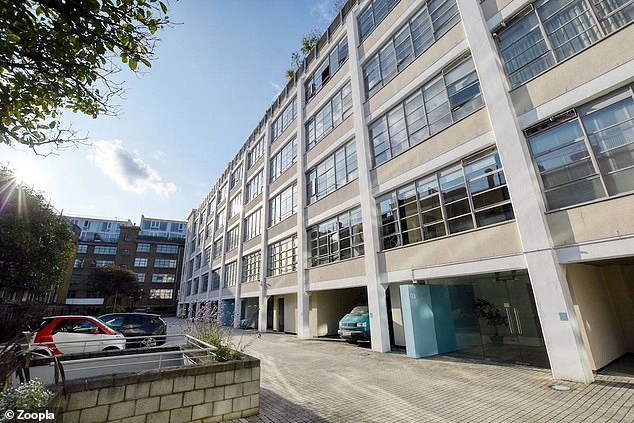 This one-bed flat in North London is for sale for £775,000 via estate agents Bloom Residential

Property experts confirmed that momentum in the capital’s property market had improved.

‘In the past three months, we have sold most of our properties, many of which had been sitting on our books for more than a year, so there is reason to be quietly optimistic.

‘Agents tend to be bellwethers for future movements in the market and there is no doubt that we are seeing more buyers get on with it and step into the market.’ 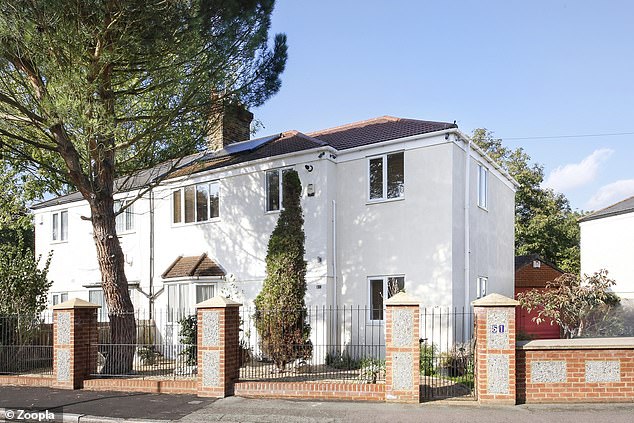 This four-bed semi-detached house in South East London is for sale for £600,000 via Truepenny’s Property Consultants

Tomer Aboody, of property lender MT Finance, said: ‘There is definitely a more positive feel across the capital with the London market seeing an uplift due to buyers, foreign and local, taking advantage of the uncertainty around the political arena.

‘The past 24 months has brought values down to an attractive level for would-be buyers.

‘Throw in weak Sterling, and foreign buyers are getting what they believe are below market-value deals, sometimes by as much as 20 to 30 per cent.

‘What is really comforting is the levels of active buyers looking to purchase at the moment.

‘The upper end of the market – £5 million-plus – is performing incredibly well, which hopefully will in turn flow down the rest of the market.

‘However, many buyers are waiting to see what the election result will bring before making their move.’