House prices up as buyers return to the market – for now

House prices appear to be growing again as buyers return to the market, the latest findings of a closely-watched survey reveal.

Yorkshire and the Humber, London and East Anglia saw the ‘strongest momentum’ for house price growth in the Royal Institute of Chartered Surveyors’ February report.

But, the Rics warned that the return to growth in the property market could yet stumble, with members worried about the impact of the coronavirus.

Shoots of growth: House prices appear to be growing again as buyers return to the market

Simon Rubinsohn, chief economist at Rics, said: ‘It is encouraging that the results of the survey continue to show a positive trend both in terms of potential buyer interest and new instructions.

‘The firmer trend in appraisals suggests that the picture could improve providing the coronavirus doesn’t become more of an inhibitor.’

He added: ‘For now at least, feedback around expectations are consistent with activity levels continuing to strengthen albeit relatively modestly.”

Rics said a net balance of 20 per cent of surveyors – meaning more were positive than negative – saw a rise rather than a fall in housing market inquiries in February. 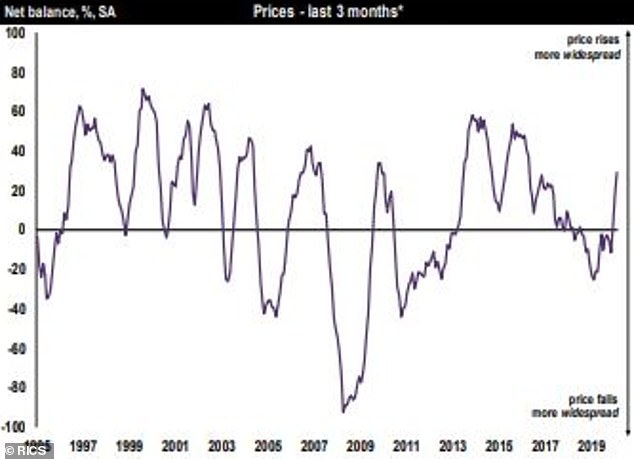 Market: National property prices from 1995 to the present day, according to the Rics

Meanwhile, a net balance of 29 per cent of surveyors reported house price increases in February.

All regions saw growth with London, Yorkshire and the Humber, and East Anglia having the biggest boosts.

Adding to the potential bounce, a net balance of 22 per cent of surveyors expect house prices to increase further over the spring.

There are also signs that supply is increasing with the number of new homes coming onto the market nudged up for a third successive month, with West Midlands and the South East seeing the biggest jump. 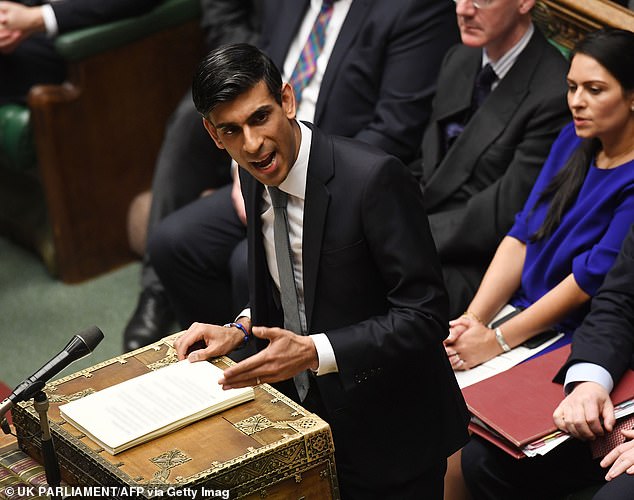 Disappointing: A hoped-for stamp duty cut failed to materialise in the new Chancellor’s Budget on Wednesday

Scotland was the only area where estate agents reported a drop in the number of homes being sold.

In the lettings market, tenant demand rose for a third consecutive month, while landlord instructions fell. Over the next five years, rental costs are expected to grow by around 3 per cent a year.

Hew Edgar, head of Rics UK Government Relations & City Strategy, said: ‘With demand for new homes set to grow even further, there is much the Government can do to help level-up the property market in the UK which is transitioning outside of the EU – but it does require bold action up-front to maintain the positive momentum.’ 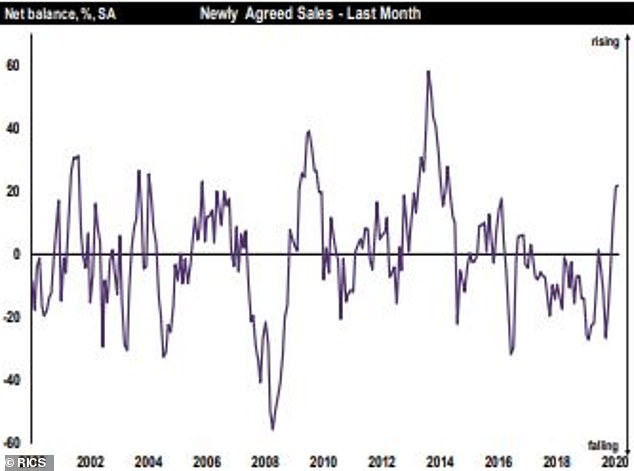 Sales: New agreed home sales across the country over the years

Meanwhile, Jeremy Leaf, a north London estate agent and a former RICS residential chairman, said: ’The usually reliable RICS survey suggests that house-price inflation, demand and new listings have been increasing for the past few months, which is good news, even though it is based largely on pre-virus responses.

‘It confirms what many of our buyers and sellers are telling us – that the impact will be serious but short term.

‘Our viewings are about 25 per cent lower than we might have expected at this time of year but sales are not being cancelled so far and we have even seen exchanges of contract immediately post-Budget.’

A hoped-for stamp duty cut failed to materialise in the new Chancellor’s Budget on Wednesday.

Instead a 2 per cent surcharge was announced for foreign buyers. But with the hike not due to arrive until April 2021, Budget forecasts showed that the Treasury expects a spike in purchases before that, which could lead to a mini-London boom.