House products as big an air pollution threat as vehicles

That’s according to a study that claims we have underestimated the toxic impact of products that contain compounds refined from petroleum.

For one type of pollution – tiny particles that can damage people’s lungs – particle-forming emissions from chemical products are twice as high as those from the transport sector.

The researchers also found that people are exposed to very high concentrations of these compounds indoors, which can be 10 times more concentrated than outside.

A new study reports that emissions from common household and industrial products including perfumes, pesticides and paints now rival motor vehicle emissions as the top source of urban air pollution

The study, published today in the journal Science, was conducted by CIRES, the Cooperative Institute for Research in Environmental Sciences.

CIRES is a partnership between the National Oceanic and Atmospheric Administration and the and the University of Colorado Boulder.

‘The stuff we use in our everyday lives can impact air pollution.’

For the new assessment, the researchers focused on volatile organic compounds, or VOCs.

VOCs can waft into the atmosphere and react to produce either ozone or particulate matter – both of which are regulated in the United States and many other countries because of health impacts, including lung damage.

Some people living in cities and suburbs assume that much of the pollution they breathe comes from car and truck emissions, or leaky gas pumps. 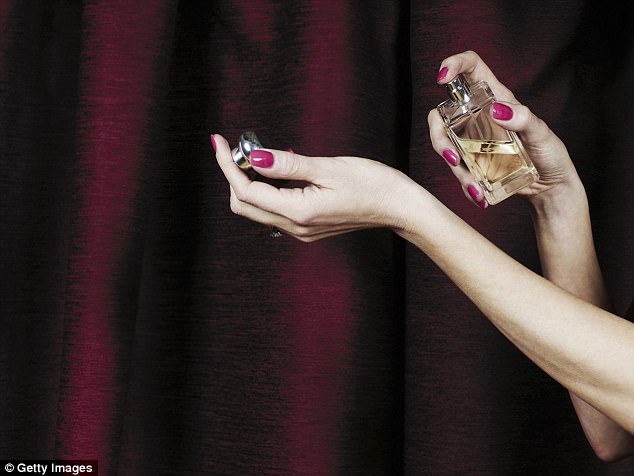 The disproportionate air quality impact of chemical product emissions, such as perfumes, is partly due to the fundamental different between those products and fuels (stock)

This was true in past decades, but regulators and car manufacturers made pollution-limiting changes to engines, fuels and pollution control systems.

Following these changes, McDonald and his colleagues reassessed air pollution sources by sorting through recent chemical production statistics compiled by industries regulatory agencies, by making detailed atmospheric chemistry measurements in Los Angeles air, and by evaluating indoor air quality measurements made by others.

The researcher concluded that in the US, the amount of VOCs emitted by consumer and industrial products is actually two to three times greater than estimated by current air pollution inventories, which also overestimate vehicular sources.

For example, the Environmental Protection Agency estimates that about 75 per cent of VOC emissions by weight come from vehicular sources, and about 25 per cent from chemical products.

But the new study, with its detailed assessment of up-to-date statistics and data, show that this split is actually closer to 50-50.

The disproportionate air quality impact of chemical product emissions is partly due to the fundamental different between those products and fuels, said NOAA atmospheric scientist Jessica Gilman, a co-author of the study. 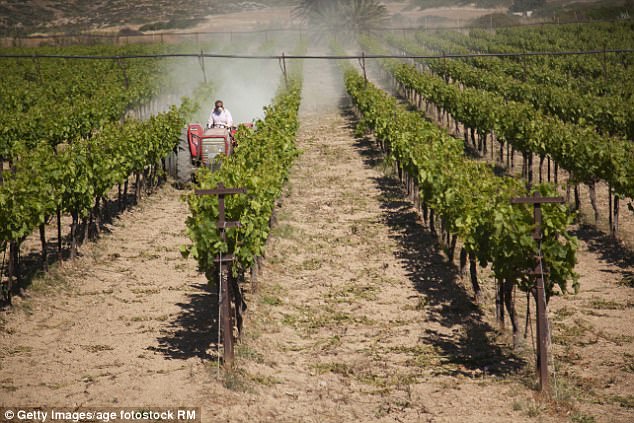 Chemical products that contain compounds refined from petroleum, such as household cleaners, pesticides, paints and perfumes, now rival motor vehicle emissions as the top source of urban air pollution, according to a new study led by the NOAA

‘Gasoline is stored in closed, hopefully airtight, containers and the VOCs in gasoline are burned for energy,’ she said.

‘You wear perfume or use scented products so that you or your neighbor can enjoy the aroma. You don’t do this with gasoline.’

The new study find that as cars have begun producing cleaner emissions, the VOCs forming those pollution particles are coming increasingly from consumer products.

During their research, McDonald and his colleagues found that they could not reproduce the levels of particles or ozone measure in the atmosphere unless they included emissions from volatile chemical products. 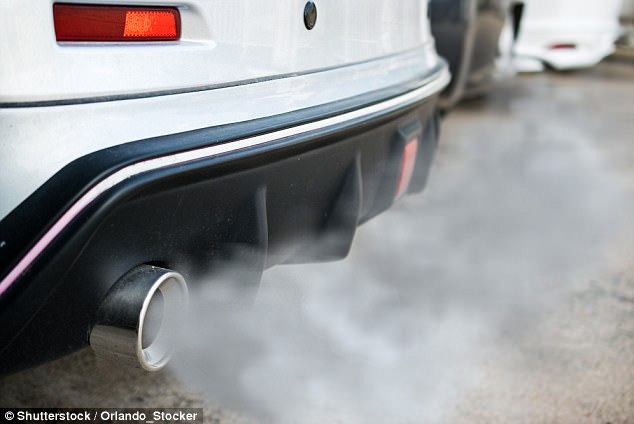 The new assessment finds that the US regulatory focus on car emissions has been very effective. ‘It’s worked so well that to make further progress on air quality, regulatory efforts would need to become more diverse,’ said co-author Joost de Gouw, a CIRES chemist

The researchers also found that indoor concentrations of VOCs are often higher than outdoors.

‘Indoor concentrations are often 10 times higher indoors than outdoors, and that’s consistent with a scenario in which petroleum-based products used indoors provide a significant source to outdoor air in urban environments,’ said Allen Goldstein, a co-author from the University of California, Berkeley.

The new assessment finds that the US regulatory focus on car emissions has been very effective.

‘It’s not just vehicles any more.’