Housing crisis Australia: Mum’s rental nightmare forces her to live in a van

A single mother has opened up on her three-month nightmare living in a van after being priced out of her home amid Australia’s rental crisis.

Martelle Jackson, 28, refused to renew her lease on a property near Wollongong, south of Sydney, in late 2020 when her landlord initially hiked the rent by $40 per week.

But she was unaware the country was grappling with a housing crisis and she found it impossible to find somewhere to live.

‘I thought I’d only live in the van for a week or two and didn’t plan it for the long-term at all,’ Martelle told FEMAIL, describing the experience as ‘horrendous’.

She would bathe in the cold ocean in the middle of winter every morning and wake up at 5am to urinate on the side of the road while no-one was around. 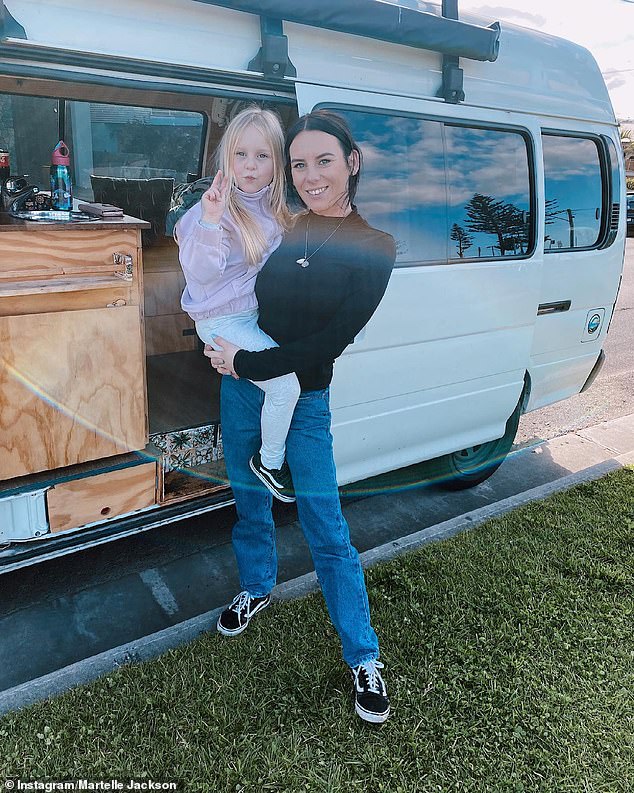 The now 28-year-old described the homelessness experience as ‘horrendous’ as she would bathe in the freezing cold ocean every morning and wake up at 5am to urinate on the side of the road while no-one was around (pictured: Martelle with her daughter)

‘After being knocked back for quite a few houses I called my real estate and asked if I could stay until I found somewhere as I was scared of ending up homeless and my daughter would have to live with her dad,’ Martelle said.

She then started offering an extra $10 to $20 a week on applications and paying rent up front to get ahead of other applicants.

Martelle, originally from England, had no family to lean on so her four-year-old daughter stayed at her ex-partner’s house.

Inside the van, which she purchased spontaneously in 2019, Martelle had a bed, fridge, sink and a fan – but no shower, Wi-Fi or toilet.

She would park her car at various parklands and beaches, but often feared for her safety.

‘I did need to drive to a different area a few times at night because I felt uncomfortable or unsafe,’ she said.

‘It was terrible, and I had mechanical issues with the van – the window would leak and I bad flu in the winter.

‘My daughter was my saving grace because I was pushing through it all to get a rental and be home with her again. I still saw her every day but it wasn’t the same, I missed the little things.’ 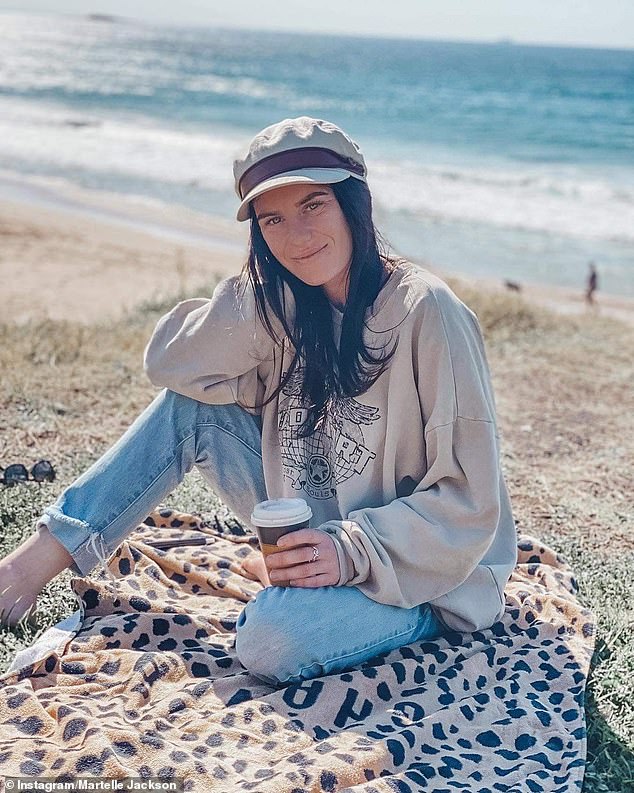 Originally from England, she had no family to lean on for support during the difficult time and so her four-year-old daughter stayed at her ex-partner’s house

How to negotiate for cheaper rent

1. Do your research on rental prices in the area

3. Be prepared with exactly what you’re going to ask for

4. Put your request in writing, detailing how much you’re willing to pay

Martelle said she would often feel like a ‘burden’ to others and questioned how she got into the situation in the first place.

At the time she wasn’t working and was studying music at TAFE.

She would inspect three or four rental properties a day, but was turned down 48 times because she was a single mum without a job.

‘The inspections were always crowded with up to 50 people and real estate agents wouldn’t give me a chance – no-one would consider me over a family,’ she said.

‘I felt really defeated in the end but knew I had to keep going.’

In her spare time she learnt how to play guitar and practiced piano, all in the van. 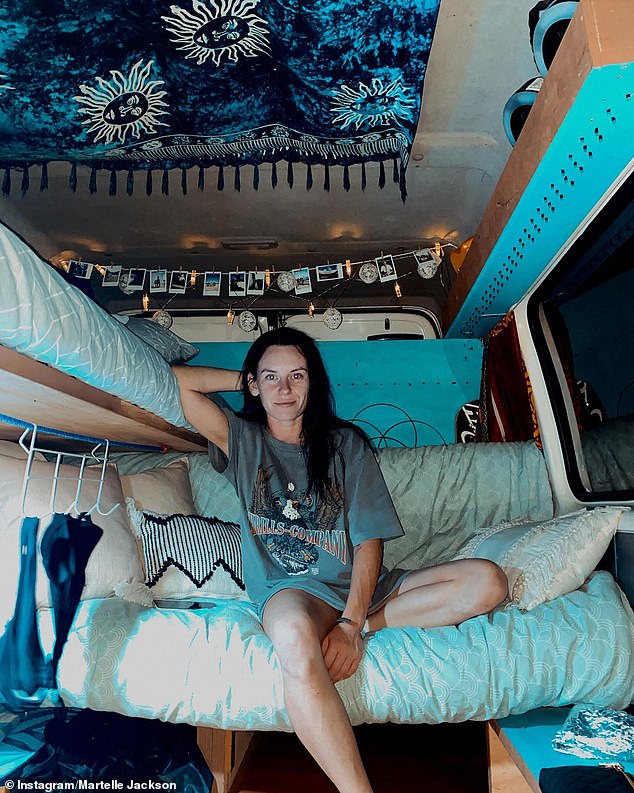 Inside the van, which she purchased spontaneously in 2019, Martelle had a bed, fridge, sink and a fan but no shower, Wi-Fi or toilet

Martelle had support from Centrelink and charities including Orange Sky and Hope Street Youth & Family Services.

She felt comforted after being offered small but significant gestures that made a world of difference, including hot showers, breakfast and washing machine services.

After the 49th application Martelle was finally accepted for a beautiful rental property with stunning lake views.

‘I got all my furniture out of storage and really got my mojo back,’ she said.

Martelle believes ‘everything happens for a reason’ – and is now the owner of barbershop The Shave Cave in Port Kembla, NSW. 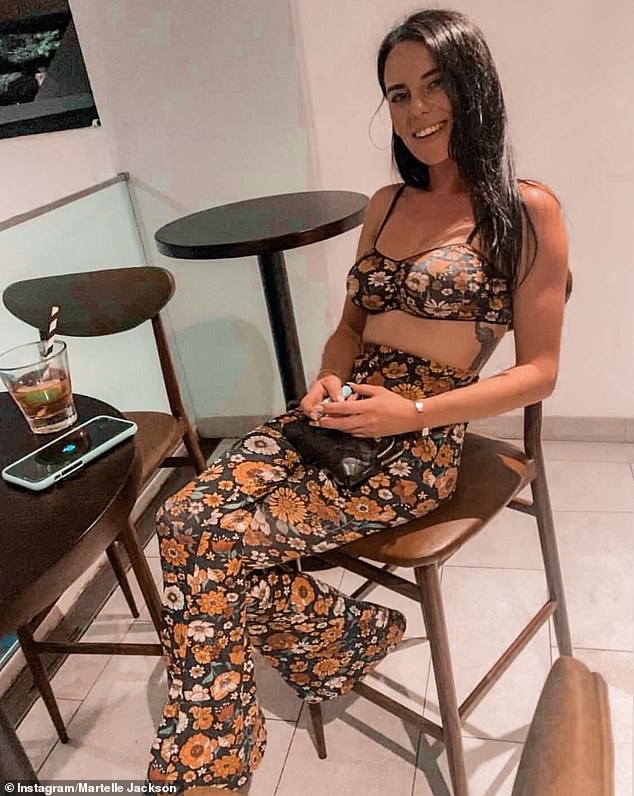 ‘I set up the whole shop myself, spray painted it, decorated it and now we’re coming up to our one year anniversary,’ she said.

‘I’ve really turned my life around and now my next big goal is to save for a house.’

Martelle said she ‘grew up a lot’ during the three months on the streets and she was ‘surprised at her own strength’.

‘I didn’t have any mental health struggles thankfully, which really shocked me, but I guess I did what I had to do,’ she said. 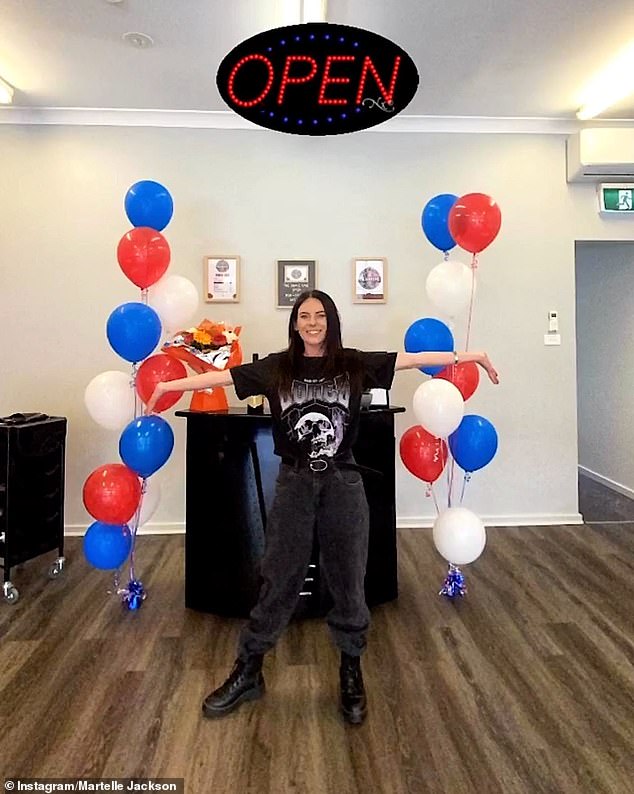 ‘I trusted the process and think everything happens for a reason – I wouldn’t have opened my shop if I didn’t go through this.’

Today Martelle’s store co-ordinates with Youth & Family Services to give vouchers to the homeless for free haircuts and blow dries.

‘It’s the little things that make the biggest difference when you’re going through something like that,’ she said.

How much has rent risen over the past year?