The former neurosurgeon, who was appointed secretary of urban housing and development in March 2017, blamed the controversy over Kavanaugh’s nomination on people who want to ‘fundamentally change this country’.

‘They don’t like what America is and what it represents, and they want to change us to another system,’ he said.

‘In order to do that, there are three things they must control: the education system, the media, and the courts. The first two of those they have.

‘The other they thought they had, but it was snatched out from under their noses in November of 2016.’ 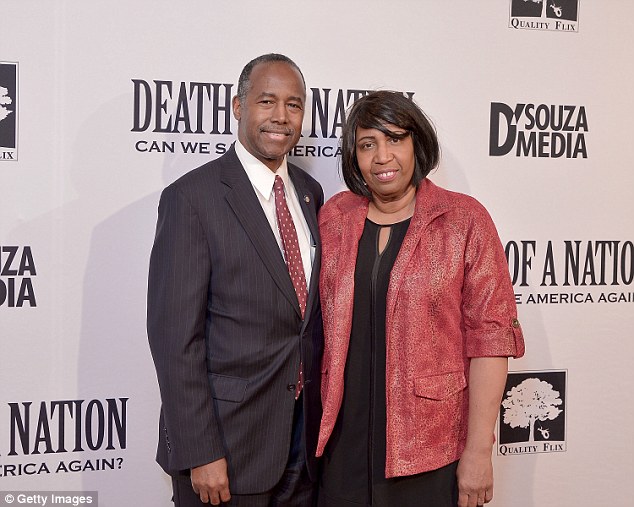 During a speech on Friday, Carson, 67, described an incident in his own career when he was accused of fathering a child out of wedlock.

However, he said he wasn’t intimidated because ‘I knew that the only woman I had ever slept with in my entire life was my wife.’

Kavanaugh, 53, who was nominated to the Supreme Court by President Donald Trump in July, has seen his confirmation process disrupted by an allegation from a California Professor that he sexually assaulted her while they were in high school.

He has denied the allegation and negotiations are underway about having his accuser, Christine Blasey Ford, testify before the Senate Judiciary Committee.

Carson, who was born in Detroit, touched on the allegation made against him during a speech at the annual Values Voter Summit in Washington on Friday.

Carson and his wife Candy met in 1971 as students at Yale University.

They married in 1975 have three sons Rhoeyce, Benjamin Junior, and Murray, as well as several grandchildren.

Carson claimed that the so-called forces ‘are like wet hornets, just completely lost control off the deep end, and the further they get away from being able to control the courts the more desperate they become,’ he added.

Carson continued: ‘Sexual predators, people who prey upon people who are weaker than them or in a lower position, is abominable. And there’s just no room for it, as far as I’m concerned, OK?’

‘Having said that, we must also recognize that there are two sides to every story’. 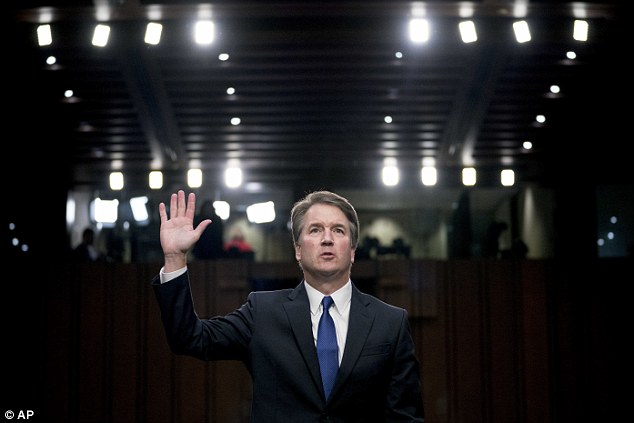 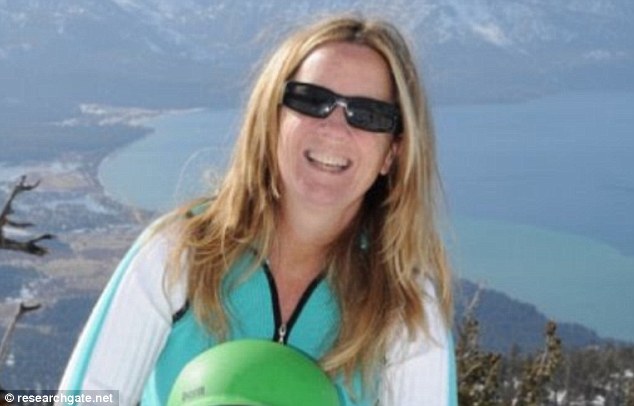 Christine Blasey Ford (pictured)  has been given extra time to decide whether she will testify against Kavanaugh at a Senate Judiciary Committee, with a decision due imminently

He also claimed the accusations against Kavanagh are part of a plot by socialists to take over America that dates back more than a century.

Kavanaugh currently serves as a judge on the powerful US Court of Appeals for the District of Columbia Circuit.

Carson said: ‘If you really understand the big picture of what’s going on, then what’s going on with Kavanaugh will make perfectly good sense to you.

‘There’ve been people in this country for a very long time, going all the way back to the Fabians, people who’ve wanted to fundamentally change this country’. 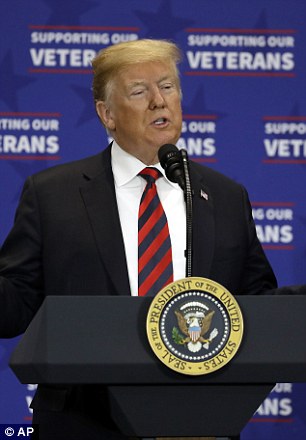 The term ‘Fabians’ refers to the Fabian Society, a British socialist organization that was founded in the 19th century, and which today functions as part of the UK’s Labour Party.

An American chapter of the Fabian society was established in 1895 in Boston, but it is no longer active in the United States.

Carson’s remarks about Ford echo Trump’s assertion earlier Friday that his nominee was ‘under assault by radical left wing politicians who don’t want to know the answers.’

Carson was one of the first members of Trump’s Cabinet to directly address the allegations, which have divided the nation and, increasingly, threaten to divide the Republican party.

The allegations were first reported to two Democratic lawmakers in July, but only became public this month, as Kavanaugh’s confirmation seemed all but assured.

Kavanaugh has denied assaulting Ford, and he has agreed to testify before the Senate Judiciary Committee regarding the allegation. 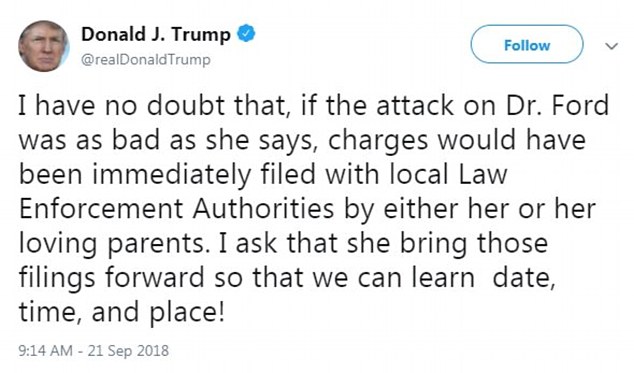 As of Friday, representatives for Ford were still negotiating terms under which the California psychology professor would be willing to testify before the committee about what she says was a violent attempted rape in 1982.

A few hours before Carson spoke on Friday, President Trump attacked Ford directly by accusing her of exaggerating what happened and accusing Democratic lawyers and operatives of plotting to ruin Kavanaugh.

He tweeted: ‘I have no doubt that, if the attack on Dr. Ford was as bad as she says, charges would have been immediately filed with local Law Enforcement Authorities by either her or her loving parents.

‘I ask that she bring those filings forward so that we can learn date, time, and place!’

Establishment Republicans were quick to distance themselves Friday from Trump’s remarks.

Kavanaugh is expected to testify before the Senate Judiciary Committee next week.