This dramatic video shows the extraordinary moment dozens of interstate drivers formed a human-chain to save a stricken pensioner as flood waters in Texas swept away his SUV.

Floodwaters on Interstate-10 in Houston had picked up the elderly man’s SUV and were sweeping it away.

In response dozens of Good Samaritans joined hands to form a human chain.

One man was seen climbing up on top of the vehicle while others yanked the door open and pulled the man out and carried him to safety.

Witness Maritza Castillo and her husband had been on their way to help a family member when they noticed the terrifying scene.

With no hesitation, the couple and dozens of other drivers jumped into the water to help.

Another witness, Stephanie Mata, was on the other side of the flooded road filming the daring rescue.

‘The people had no rope to get him out so they made a chain holding each other,’ she said.

Arms linked, they inched slowly towards the vehicle in the fast-flowing water.

‘They pulled the door open and one gentleman got hold of him as they held on until they got him safe,’ Ms Mata said. 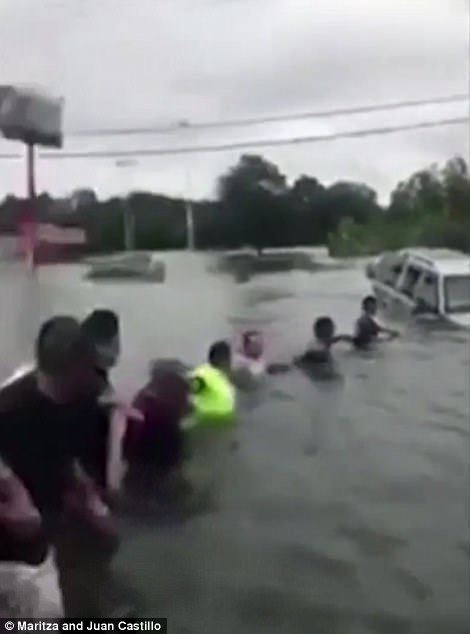 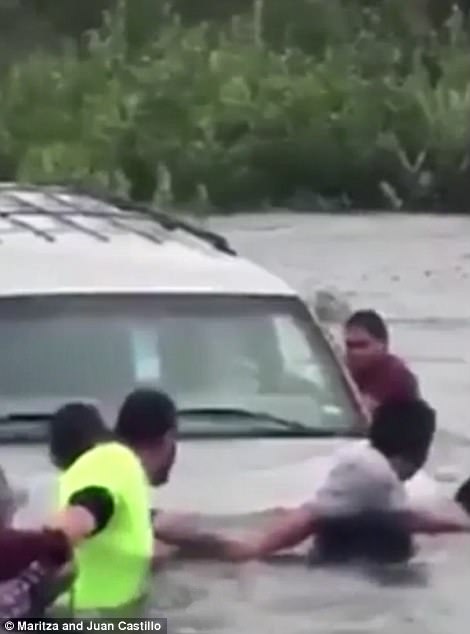 The pensioner was apparently taken to a local hospital and reunited with his son.

At least 31 people are now confirmed to have died as a result of Harvey.

Authorities say eight more deaths are being investigated as possibly linked to the storm, and many bodies could be yet to be recovered from flooded neighborhoods. 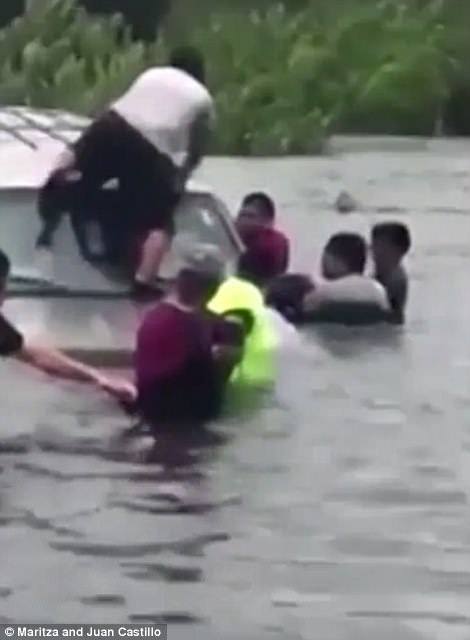 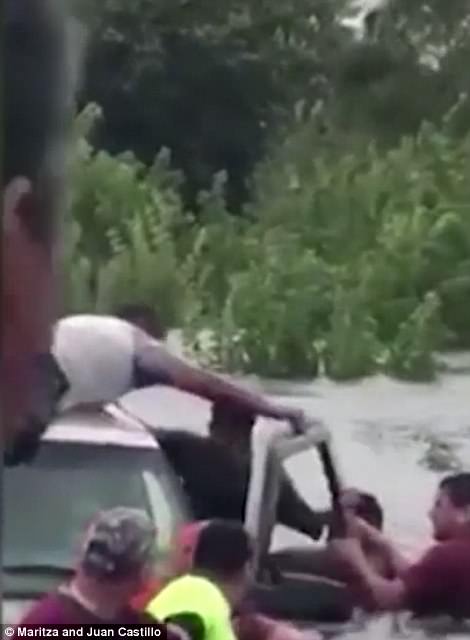 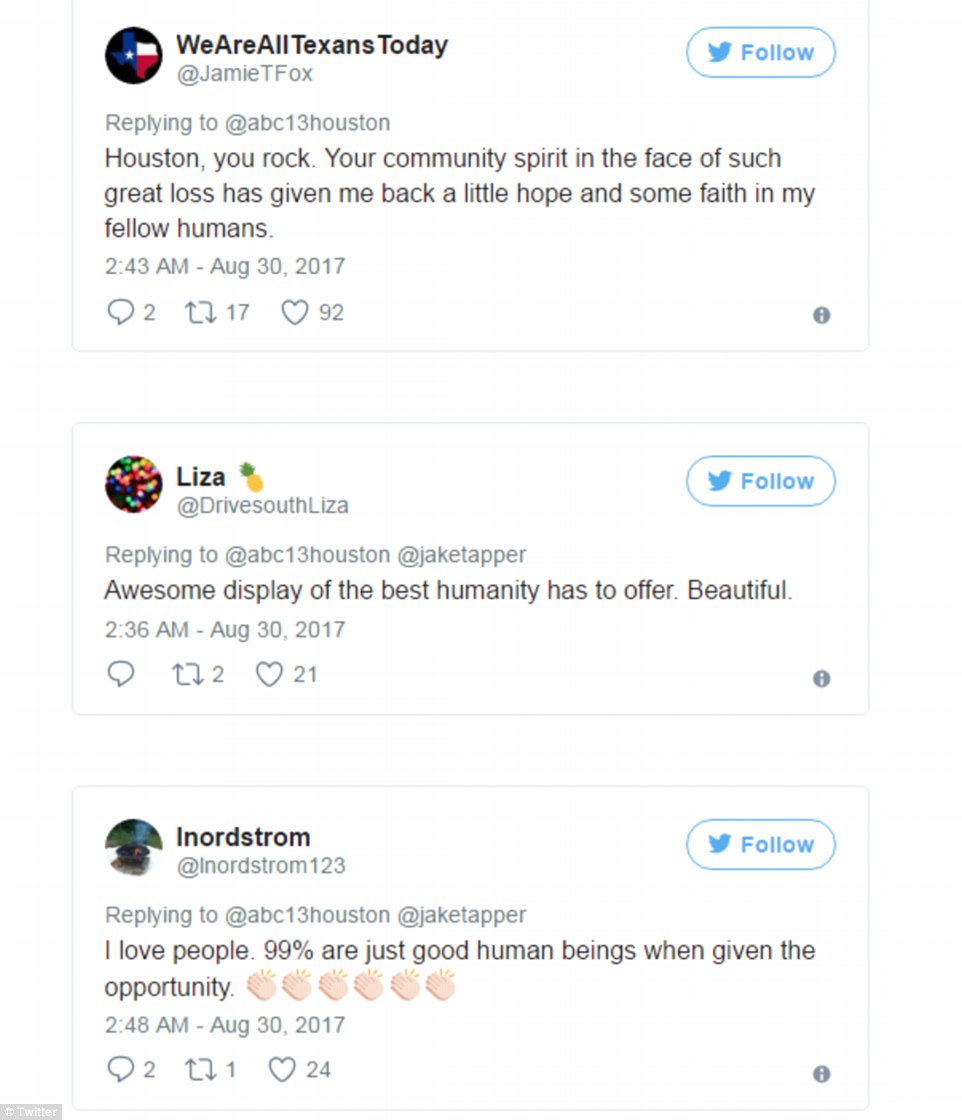 As the floodwaters continued to rise, public health officials warned about the dangers of health problems ranging from skin rashes to bacterial and viral infections and mosquito-borne disease.

More than 30,000 people are now believed to be in official shelters. It is unknown how many remain trapped in homes and vehicles.

Close to 50,000 homes have been damaged or destroyed by flooding and high winds in Texas.