The mayor of Houston is fighting to stop the opening of a robot sex brothel where customers can pay $60 to ‘play’ with life-size human dolls.

The ‘brothel’ is due to open later this month and is the brainchild of Yuval Gavriel who already operates the business in Toronto.

He resists the term brothel and instead refers to it as a warehouse where prospective buyers can ‘test out’ the dolls before buying them.

The priciest doll in his KinkySDolls range is $5,000.

While there are no laws to stop him, residents in Houston and Mayor Sylvester Turner do not want to see his business take roots in their city. 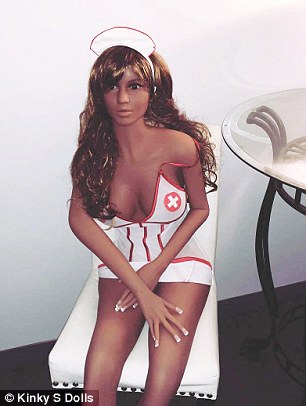 These are two of the dolls sold by KinkySDolls which will soon be available for rent in Houston, Texas, at a ‘brothel’ where customers can ‘try before they buy’. The lifelike figures heat up and range in price from $2,000 to $5,000 but patrons can rent them for $60 an hour 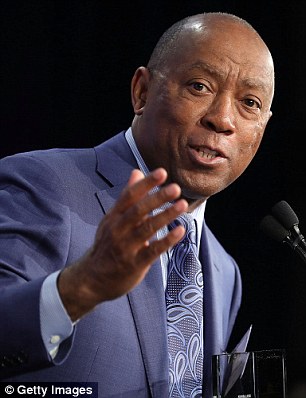 Houston Mayor Sylvester Turner is fighting the opening of the brothel

An online petition calling for Gavriel’s plan to be stopped has gained more than 7,000 signatures.

On the company’s website, the dolls are advertised as ‘warmed up, lubed and ready to play’.

‘Our Love Dolls goal is to provide intense pleasure. We provide deep and satisfying experience both in the way we feel and move.

‘We will allow you to fulfill all your fantasies without any limitations. We feel just like the real thing.

‘We always fresh for you we get sanitized with Antibacterial Products after every session,’ it reads.

The warehouse in Toronto is inconspicuous from the outside. Inside, the company has set up a condo for people to enjoy the dolls in.

Despite critics’ objections, Gavriel is determined to push ahead. He has not yet hared where it will be.

He has several investors for his Houston location and says he hopes to have several scattered across the United States by 2020.

In an interview with The Washington Examiner earlier this month, where he announced his plans, he said: ‘The States is a bigger market, and a healthier market, and God bless Trump.’

He said he is not breaking any laws because he does not categorize the premises as a brothel but rather a warehouse for prospective customers to sample goods before buying them. 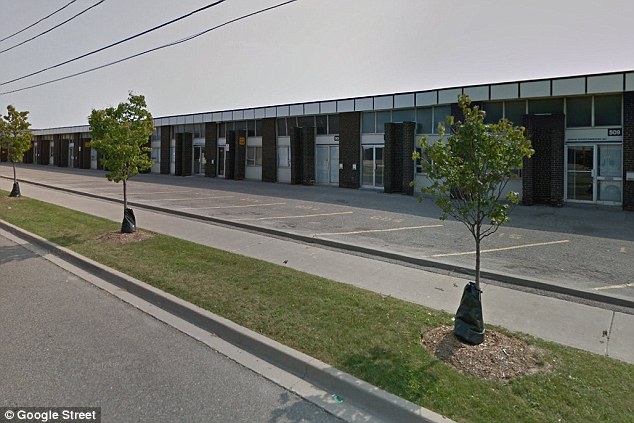 This is where KinkySDolls currently operates a ‘showroom’ in Toronto. It is inconspicuous from the outside but the company has set up a condo inside where patrons can enjoy the doll

‘I consulted with a lawyer and the lawyer said, “Listen, there are no rules to it, but if you are smart you don’t go out and say you are operating a brothel.” 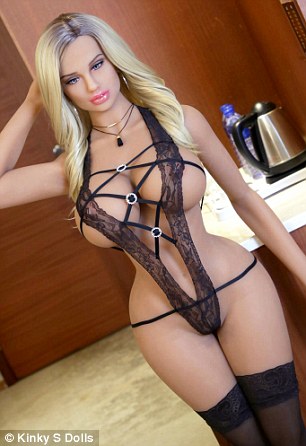 Another of the lifelike dolls is pictured. Critics say their growing popularity could lead to sexual violence against real women

‘He went through all the laws and all of the regulations and currently there are no regulations for this kind of service,’ he added.

Houston’s local politicians and residents are not the only people to protest the spread of robot sex dolls.

In Nevada, where regular brothels are legal, prostitutes have complained that a surge in popularity in dolls could promote sexual violence against women.

‘Real sex, especially real sex with a sex worker, is a consensual situation where all parties respect and appreciate their lovers.

‘Sex doll brothels encourage disrespect toward women and promote a lack of empathy in sexual interactions,’ one worker from The Sheri Ranch told The Sun earlier this year.

There are a number of protest groups internationally that are committed to stopping the rise of the dolls.