A kid from Chicago has emerged as one of most intriguing new faces in gambling, hanging out in the Las Vegas limelight with the likes of high profile stars like Drake and Scott Disick.

Robert Gorodetsky, a 25-year-old, has created an empire out of gambling on spots and blackjack, while positioning himself in a unique spot to potentially make a fortune as momentum builds to legalize sports gambling outside of Nevada.

Those in his entourage agree. ‘When it goes legal, we’re going to be billionaires,’ said Elo Hankham, one of Gorodetsky’s friends to USA Today. ‘We’re the No. 1 entity, and we’re going to have a market share of at least 5% of a $150 billion industry.’ 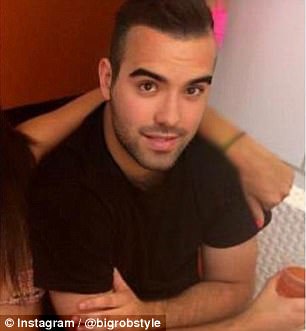 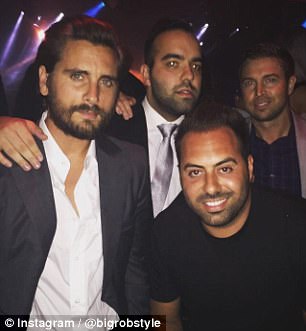 Gorodetsky (left) has made a name for himself in Vegas circles for his unique approach to sports betting (also pictured with an entourage including Scott Disick, right)

Betting with a certain boldness has also peaked the interest of high profile names wanting a piece of the action.

Gorodetsky says Drake has gambled with him on a number of occasions after the two met at Aria’s High Limit Lounge.

‘I used to wake up to my girlfriend texting me good morning and then I’d wake up to Drake, ”Who do you like today?” Gorodetsky said.

‘You see this girl, right?’ Gorodetsky said. ‘We’ll set a line like Vegas does. Can you get her or not?’

Gorodesky’s style diverges from the traditional sports bettor and seems to be able to outsmart the bookies while he’s at it.

During an October 20 bet, he wagered a parlay bet that required the NBA’s Washington Wizards to beat the Detroit Pistons, and for Colorado State to beat New Mexico.

The young, brash bettor placed $100,000 to win, and he couldn’t name any of the players on the college field.

‘Can you believe we have $100,000 on this stupid college game that nobody’s watching in this world?’ Boasting, ‘It’s sick, right?’

It comes down to crunching numbers, Gorodesky tells USA Today. 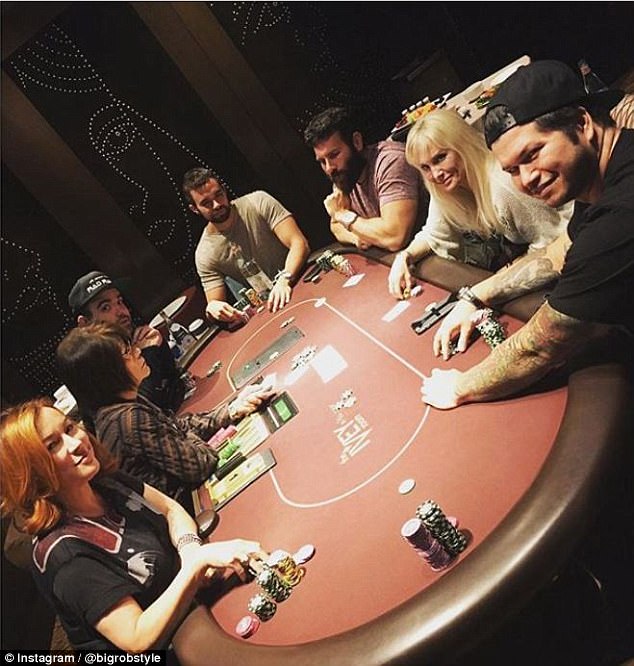 Professionals: At the table professional poker player Dan Bilzerian (third from right) and his protege Mister Keating (seated at head of table) 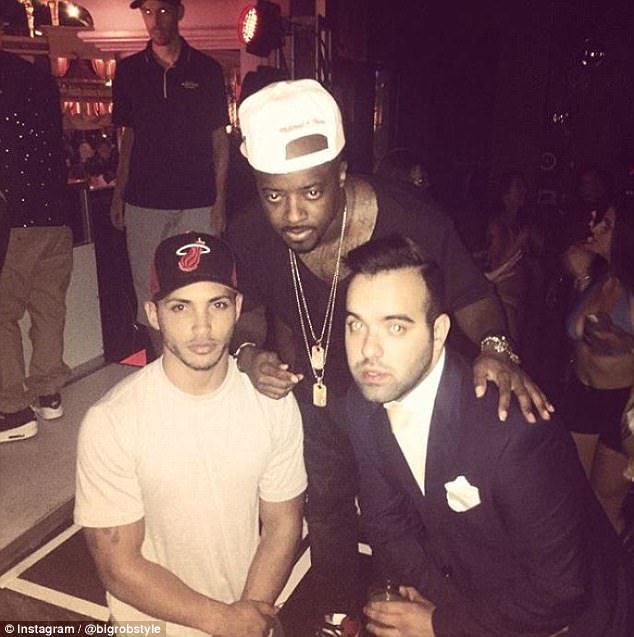 Gorodesky frequently spotted with high profile names, here with artists Jermaine Dupri and Henry Martinez at the Wynn in Vegas 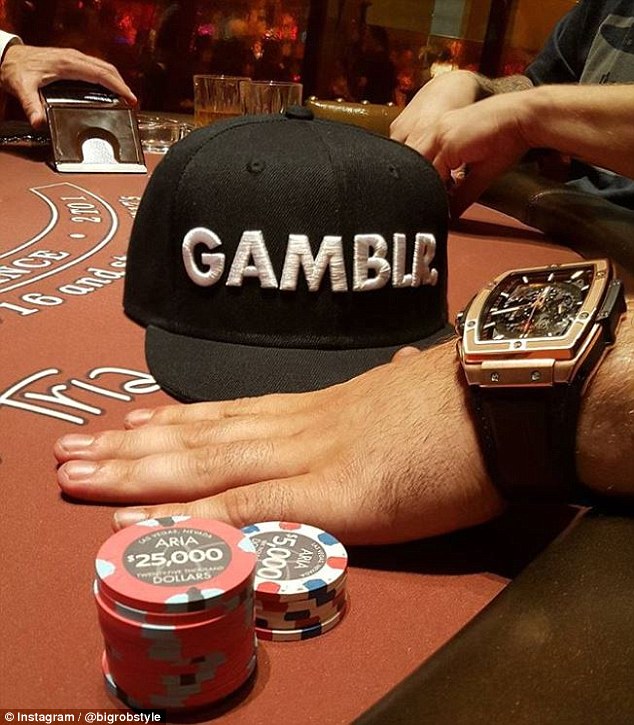 Baller: Gorodesky flaunts his wins alongside his customized ‘Gamblr’ cap after another night at the tables

‘I would take my knowledge and my gut instinct and bet the best numbers,’ he said, referring to the point spreads on the games. ‘I just kept pounding them. (The casinos) started lowering my limits because the house has no idea who’s going to win in summer league. They don’t know anybody who’s playing.’

Gorodesky has amassed, an albeit strained, following.

RJ Bell, a major gambling analyst in Vegas told USA Today: ‘Imagine if you were writing about this guy that was walking on the high wire in the wind with no net. Well, the fact that you’re still writing about (Gorodetsky) means he hasn’t died yet.’

‘But the story is about two things. How amazing what he’s doing is, right? And number two, when does this end?’ Bell cautions.

Gorodetsky said to his host at Aria Casino recently: ‘Be honest, you thought I was going to go broke two years ago.’

Replied Tran, ‘I thought you were broke. And then you somehow came back.  I’ve never seen a gambler like you.’