A former tradie has revealed how his ‘hobby’ business turned into a $25million empire by selling hair products online with his brother.

In 2012, Anthony Nappa, then 19, was juggling a university commerce degree with a part-time labouring job.

But the ambitious teen was always looking at ways to scrape together extra money.

‘I wanted to sell stuff on eBay as a side thing … and I wasn’t making that much money at the start,’ he told news.com.au.

The then 19-year-old forked out $10,000 of his own savings and stored his inventory in his dad’s warehouse in Miranda, in Sydney’s south. 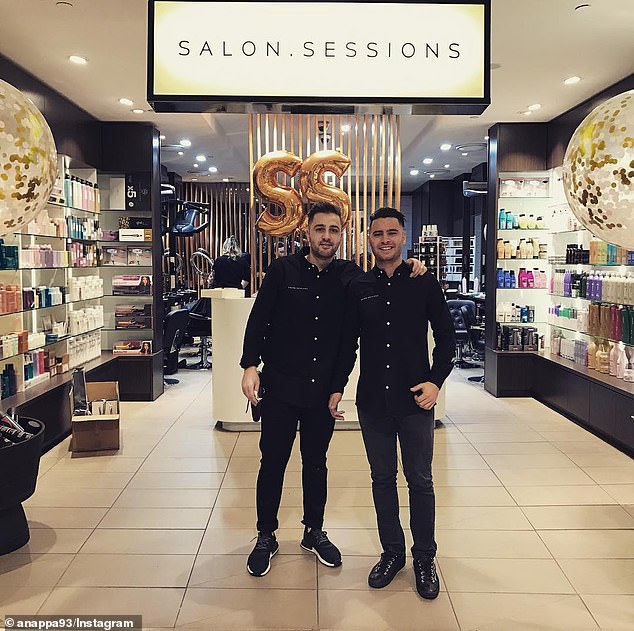 Despite making a whopping $174,000 in its first year, Mr Nappa only pocketed $18,000 in profit. Pictured with brother and business partner Guy

Mr Nappa’s parents didn’t help him out financially at all, but he was able to use their business connections with major hair and beauty suppliers to establish his own company.

His younger brother Guy, who was 15 at the time, jumped on board by helping out with packing orders during his school holidays.

He set up Oz Hair and Beauty where he sold high end hair and beauty products including brands such as GHD, OPI, Kerastase and Moroccanoil.

It wasn’t long before Mr Nappa decided to take university classes part-time so he could focus on growing his business even further.

In the business’s third year, Mr Nappa completely took over the lease of his father’s warehouse, and was working 10 hours per day, seven days a week. 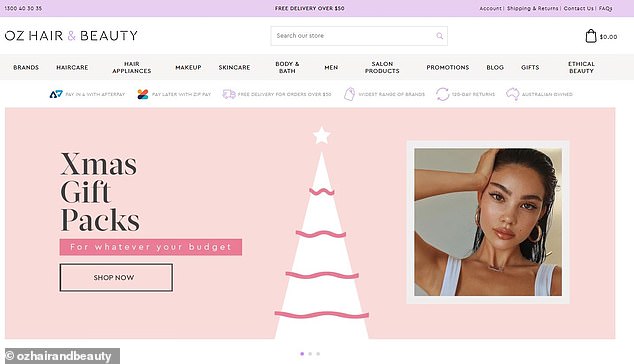 Anthony Nappa set up Oz Hair and Beauty where he sold high end hair and beauty products including brands such as GHD, OPI, Kerastase and Moroccanoil

He immersed himself in all facets of the job, from sourcing stock to packing orders and even responding to customer query emails.

Mr Nappa’s younger brother Guy bought into Oz Hair and Beauty in 2017, and the two brothers have been partners since.

Now seven years after the ‘on the side’ business was created, Mr Nappa now employs 25 staff members and turns over $2million in sales every month.

Based on first-quarter sales, Oz Hair and Beauty is on its way to making $25million in the 2020 financial year.

Now 26, Mr Nappa said it was ‘surreal’ to have created such a successful company from scratch while just a teenager.

‘I’m very grateful and I think my brother has been a very big factor (in the company’s growth).’

But despite acquiring wealth at such a young age, Mr Nappa said he is rarely able to switch off from the business.

‘Now I’m lucky enough to travel whenever I want and wherever I want, however I still can’t switch off, and I’ve never not taken my laptop on a holiday.’

The Nappa family plans to combine Oz Hair & Beauty with the OZ Hair salons next year. 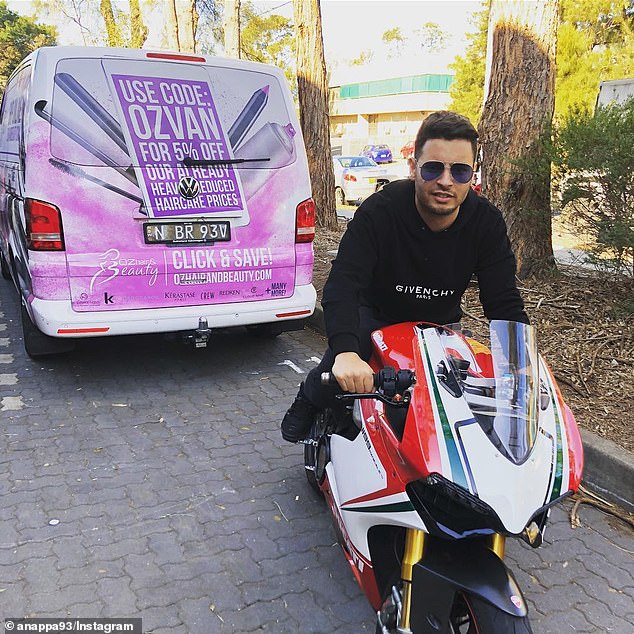 Based on first-quarter sales, Oz Hair and Beauty is on its way to making $25million in the 2020 financial year. Pictured: Anthony Nappa