The boy who fell from the sky: How a round-the-world trip inspired an Australian teenager to climb inside the wheel-well of a Japan-bound flight – before he plunged to his death

This grainy photograph captured the moment a teenage stowaway with wanderlust fell to his death from a Japan Airlines flight.

Sydney-born Keith Sapsford was only 14-years-old when he hid inside the wheel-well of the Japan-bound flight in 1970.

But the compartment of the DC-8 plane opened mid-air and the boy plummeted 60 metres (200ft) to the ground below near Sydney Kingsford Smith Airport.

Amateur photographer John Gilpin captured the remarkable image while taking pictures of planes during take-off 49 years ago this week. His image has been shared on Reddit this week.

Mr Gilpin had no idea he had tragically recorded the youngster’s last moments until he developed the pictures a week later.

The boy and his family had just been on a trip around the world to try to satisfy the schoolboy’s thirst for travel, according to articles published at the time.

‘All my son wanted to do was to see the world. He had itchy feet. His determination to see how the rest of the world lives has cost him his life,’ his father, Charles Sapford said in a reported by Associated Press from February 23, 1970.

His father described him as a wanderer who had an ‘urge to keep on the move’.

But after they returned to their home in Randwick, Keith remained restless.

Charles decided to send him to a Roman Catholic Institution called Boys’ Town in south Sydney to ‘straighten him out’ after Keith ran away from home multiple times. 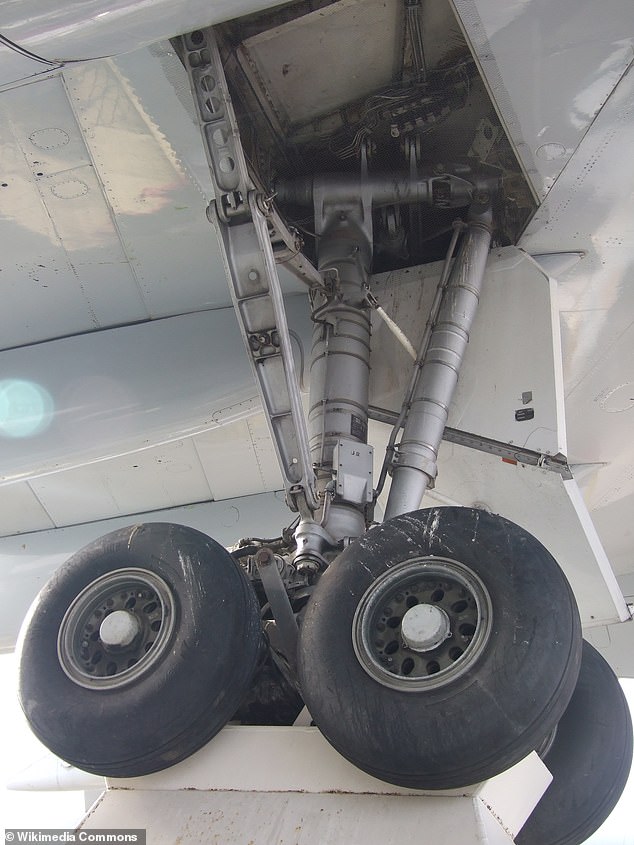 Keith Sapsford, a boy with an insatiable hunger for travel, hid in the wheel-well of a plane. Pictured, filed image.

Boys’ Town had a reputation for specialising in troubled children, with Mr Sapsford hoping they could calm his son down.

But Keith ran away from the association after only a fortnight and travelled to Sydney airport.

He managed to get onto the runway and climb into the open undercarriage of a Japan Air Lines plane bound for Tokyo, stowing himself in the same compartment where the wheel is tucked away after take-off. He remained there for several hours before take off.

Technicians believe the boy – who was dressed only in shorts and a short-sleeved shirt – was unaware the latch would reopen after take-off to bring the wheel back inside, which is when he fell. Experts later found hand and footprints as well as threads from his clothes in the compartment.

Doctors believe he would have most likely died on the journey even if he hadn’t have fallen due to freezing altitude temperatures and a lack of oxygen. Mr Sapsford, a lecturer in mechanical and industrial engineering at the University of New South Wales, believed his son may have been crushed by the retracting wheel. 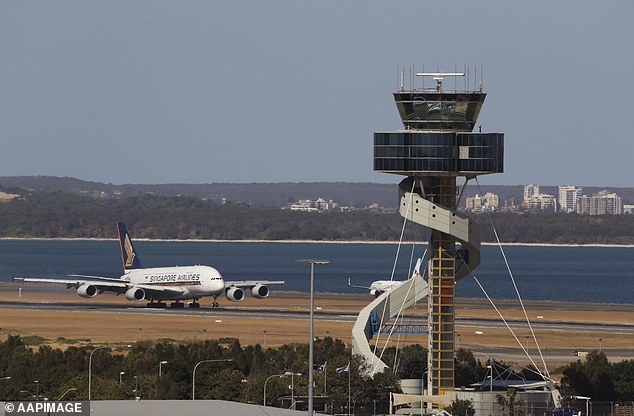 In the weeks following Keith’s death, Mr Sapsford said his son had been specifically warned of the dangers of stowing away on a plane.

They had spoken about a Spanish boy who had also died when hiding in a plane’s undercarriage only months earlier.