‘How can I reduce nerve pain caused by shingles?’: DR MARTIN SCURR answers your health questions

I’ve had shingles for six weeks. It’s no longer contagious but is very painful. My doctor has prescribed medications but they all make me sick. Is there anything that can reduce the nerve pain?

How miserable for you to be suffering still with nerve pain. But fortunately, it is treatable.

Long-term pain following shingles becomes more common with age, with more than 18 per cent of over-70s with shingles experiencing it.

Herpes zoster (shingles) is caused when the virus that leads to chickenpox (varicella-zoster virus) is reactivated. This can lie dormant in nerve tissue, typically in an area of nerves just outside the spinal cord, for many years following initial infection.

As well as causing a painful rash of blisters, the virus triggers severe inflammation where it is lurking and eventually scars the nerve tissue, causing ongoing pain in many cases.

This can lead to symptoms related to touch, with some experiencing numbness in the area while others find the opposite, that even the lightest touch is extremely painful.

Painkillers don’t work for shingles nerve pain. Instead, we usually prescribe the anticonvulsant drugs gabapentin and pregabalin, or a tricyclic antidepressant, which works on nerve pain by interfering with messages sent to the brain.

Starting doses for the first two are low and gradually increased. Some patients experience side-effects such as sleepiness and dizziness; a small proportion suffer more serious effects, including allergy. In these cases, we offer a tricyclic drug.

Another treatment is capsaicin cream, which contains an extract from chilli peppers. This works via counter irritation — essentially the irritation of the capsaicin overwhelms the original pain message. Research indicates it can reduce pain by up to 20 per cent.

If your pain continues for longer, referral to a consultant is the next step.

Several times over the past two years, my husband has woken up struggling to breathe. An oxygen monitor has indicated it’s sleep apnoea, but a doctor suggested acid reflux. Surely they must investigate further to check for heart problems?

This is understandably worrying for you, but a clear diagnosis should help.

Shortness of breath at night can indicate a number of things including sleep apnoea (where tissues in the throat temporarily collapse, so you stop breathing for up to ten seconds), but given that your husband doesn’t have health problems usually linked to this condition — such as being overweight — I suspect that he has something heart-related, as you suggest.

This could be paroxysmal nocturnal dyspnoea, which causes sudden shortness of breath while sleeping and is a symptom of heart failure. 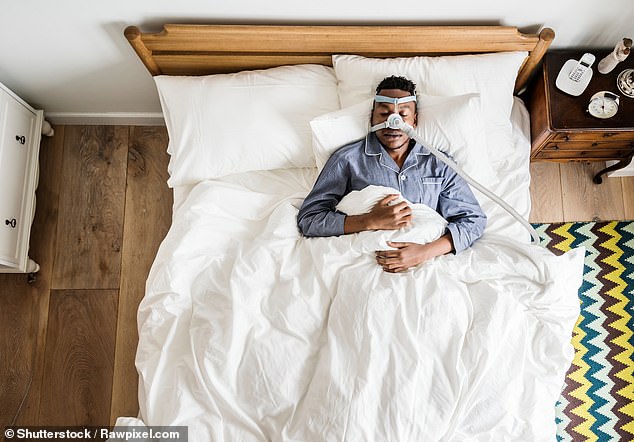 Do not be too alarmed at the phrase ‘heart failure’ — it means the heart’s ability to pump efficiently is impaired, which is common, especially as we get older. Once diagnosed it can be managed with medication.

Other symptoms include breathlessness, swollen ankles and abdominal discomfort. However, in some there are few symptoms, apart from waking with a sense of suffocation, yet within minutes they are fine.

The diagnosis can be confirmed through tests including an ECG, which traces the electrical activity of the heart and checks the heart muscle is pumping properly. The next stage would be to detect the cause — there are a variety of possibilities, including high blood pressure and rheumatic fever in childhood.

I am also not sure of the acid reflux diagnosis, and I don’t think your husband has the usual sleep apnoea (which also causes snoring), but there is a different type, central sleep apnoea, which involves a change in signals from the brain to the muscles controlling breathing — and that is part of paroxysmal nocturnal dyspnoea.

I would suggest asking the GP for a referral to a cardiologist for further investigations.