How coach Barry Bennell lured boys with dreams of fame

Barry Bennell appeared to be the perfect coach to parents dreaming of football stardom for their children. But in reality he was a predatory paedophile

To the parents of boys dreaming of football stardom, Barry Bennell was the perfect coach.

Considered one of the best talent scouts in the 1980s, he promised to turn their sons into professionals, help them sign for top clubs and even play for England.

Nothing seemed too much trouble for Bennell, who happily drove the boys to games and even put them up at his own home – described as a children’s paradise with its video games, pool table and menagerie of exotic pets.

But unbeknown to the trusting mothers and fathers, Bennell was grooming their sons for his own sexual gratification.

So convincing was the coach, who admitted he ‘made a point’ of winning over parents, that he even hoodwinked the mothers of some of his victims into working for him – two were employed in his video shop, while another made football kit at her clothing factory – all the while abusing their children.

In the case of Andy Woodward – the former Crewe professional whose revelations of abuse led to the most recent trial and a flood of new victims – Bennell effectively groomed his entire family. 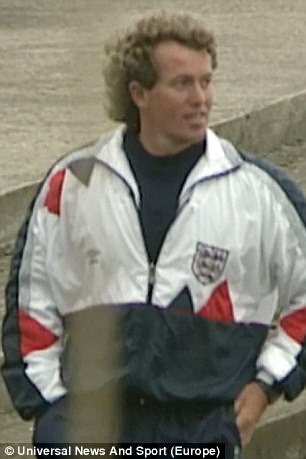 Bennell was considered one of the best football talent scouts of the 1980s – but unbeknown to the trusting parents, Bennell was grooming their sons for his own sexual gratification

After spotting the football-mad youngster playing for a Stockport youth team, Bennell asked Woodward’s father if the then ten-year-old could start training with him at Manchester City’s pitches, then situated in Platt Lane.

Bennell began abusing Woodward, who was too frightened to stop it, and within three years also began dating his older sister, Linda, then only 16 and 18 years Bennell’s junior. She later became his wife and mother of his two children.

Woodward, now 43, has since described the ‘torture’ of having to sit through the wedding, making polite conversation at Sunday lunches and trying to avoid Bennell, who had no qualms about abusing him while his sister was in the same house.

Like many of Bennell’s victims, Woodward regularly stayed the night at his home in Derbyshire, where boys would be treated to takeaway food and were allowed to play video games and with his strange pets, which included a monkey and a wild cat.

Compared in court to the Child Catcher in Chitty Chitty Bang Bang, Bennell’s would scare the boys by making them watch horror films in the dark and encouraging them to cuddle up on the couch or in his double bed, where most of the abuse took place.

Yesterday serious questions were being asked about how Bennell, who also worked for Crewe Alexandra and Stoke City, was able to commit crimes against boys supposedly under the care of professional clubs.

One victim, Ian Ackley – who, along with Woodward, was among 15 victims who helped secure a nine-year jail term for Bennell in 1998 – claimed that at least one parent complained to Manchester City about their son staying in Bennell’s room during a tournament at a Butlins holiday camp.

Former Manchester City chief scout Ken Barnes admitted to Channel 4’s Dispatches that a counterpart at Crewe called him once Bennell started at the Cheshire club to ask him if he had heard anything about him ‘mucking about with kids’. 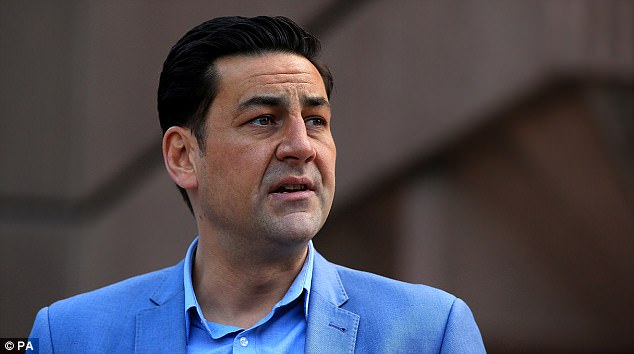 Barnes, now dead, admitted he had heard rumours but said he had no evidence.

Bosses at Crewe, including director of football Dario Gradi, 75, certainly knew children were staying the night at Bennell’s house. Gradi is suspended from football by the Football Association which is conducting an independent review of child abuse in the game from the 1970s up to 2005.

Former Crewe director Hamilton Smith said allegations that Bennell had abused a young player had been made to senior figures at the club in the late 1980s. They discussed sacking him but no-one wanted to believe anything was going on.

Such was the culture of fear surrounding the reporting of child abuse back then that one victim told the jury that when he finally found the courage, aged around 19, to speak up and tell his father what had happened in 1991, the father failed to do anything about it.

On another occasion a group of parents confronted Bennell and told him they had heard the rumours and were going to police. He apparently broke down in tears and the parents, worried that police involvement would damage their son’s careers, agreed not to report him.

In fact, Bennell’s offending may have continued unchecked had it not been for the 13-year-old son of a policeman, who eventually found the courage to tell his mother that the coach had repeatedly raped him after he returned from a football tour to Florida in 1994. By then Bennell had been sacked by Crewe, although the club have never explained why. Police sources have since told the Daily Mail that investigators at the time were told that it followed a row about adult supervision on a similar tour.

A year later, however, Bennell was working for amateur side Stone Dominoes, in Staffordshire, and organised for a group of under-13s to go to Orlando, where he was a popular figure. 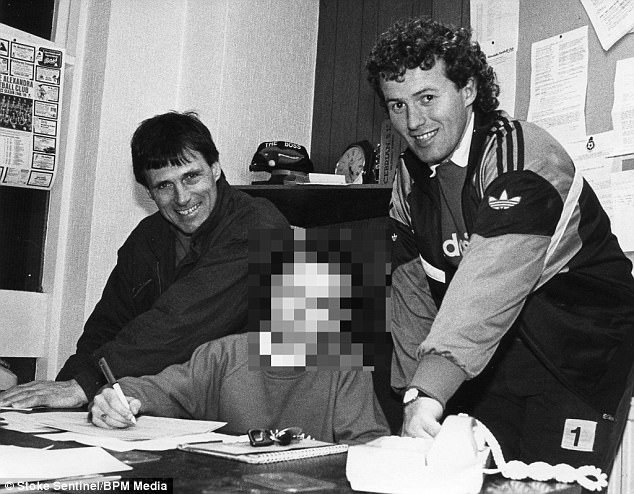 Bosses at Crewe, including director of football Dario Gradi, 75, certainly knew children were staying the night at Bennell’s house. Gradi and Bennell are pictured together in 1989

American Brenda Dawson, whose son was also a keen footballer, agreed to put up Bennell and some of the boys during the tournament. But she was immediately suspicious.

She said: ‘You could always tell he had his little favourites. I said: “Something’s not right here.” He always wanted one of the boys to sleep with him. Bennell was very clever, very clever. He won the trust of a lot of parents. Everybody liked him.’

Mrs Dawson phoned the owner of the Dominoes, Bob Bowers. He assured her Bennell’s background had been checked.

But Mrs Dawson was so convinced that ‘manipulative’ Benell was up to no good that she made sure she telephoned her own son, Justin, every day when he went to stay with the coach on an exchange trip and even paid for him to have counselling to check he hadn’t been abused on his return.

Justin remembered: ‘Bennell’s house was like Michael Jackson’s Neverland Ranch. There were kits, jerseys – whatever you wanted, it was yours. The damage is done to those kids, but people knew. His gig was up in England in 1992… he got with Dominoes some way and came over here. It’s just mind-blowing.’ 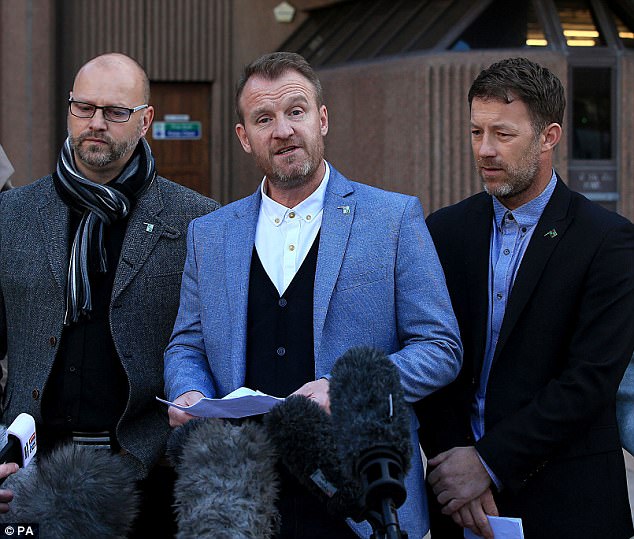 Today, some of Bennell’s victims – Chris Unsworth (left), Micky Fallon (centre) and Steve Walters (right) spoke outside court as their abuser was convicted

Another American Claude Bass, who used to run a travelling youth soccer team in Florida and knew Bennell said he ‘didn’t trust him’. He added: ‘He was a brilliant coach but there was just something about him’.

Terrified that he might have caught HIV from Bennell – Aids deaths were at their peak at the time – the 13-year-old policeman’s son returned from the 1994 US tour, broke down and told his mother about the abuse. He gave a statement to the US authorities, who arrested Bennell.

Police found horror films and pornographic videos in his house. A victim recounted Bennell leaving a sheep’s head in their bunk bed to scare them.

Bennell’s charming façade, however, meant many parents failed to believe he could have abused the boy. While on remand he tried to get others to persuade the victim to drop the case.

Bennell eventually admitted six counts of sexual battery and lewd behaviour and was jailed for four years in January 1995.

However, in September 1997, he was deported to a UK prison and Cheshire police began investigating allegations relating to other boys that led to his conviction at Chester Crown Court and another nine-year jail term in June 1998. In May 2015 he received two years for molesting a boy of 12 in the 1970s.