How getting less sleep could help improve depression

Sleep deprivation may offer a new treatment for depression.

An analysis of 36 years of studies by the University of Pennsylvania suggests temporarily depriving patients of sleep can be effective in the short-term.

Their research, published in the Journal of Clinical Psychiatry, looked at 66 studies on people with depression who were deprived of sleep in a clinical setting.

The results were the same whether or not the participants were also taking medication. Patients reported improvement in as little as 24 hours.

The idea that depression can be helped by sleep deprivation has a long history.

Nearly 200 years ago, a German psychiatrist, Johann Christian August Heinroth, successfully experimented with it as a treatment for what he described as ‘melancholia’, while ‘wake therapy’ — a combination of long periods of wakefulness interjected with long recovery ‘sleeps’ — is a technique used by some U.S. psychiatrists and sleep doctors to help treat chronic depression.

However, the researchers involved in the latest study say that it is a temporary solution and more work needs to be done to identify exactly how sleep deprivation helps depression. 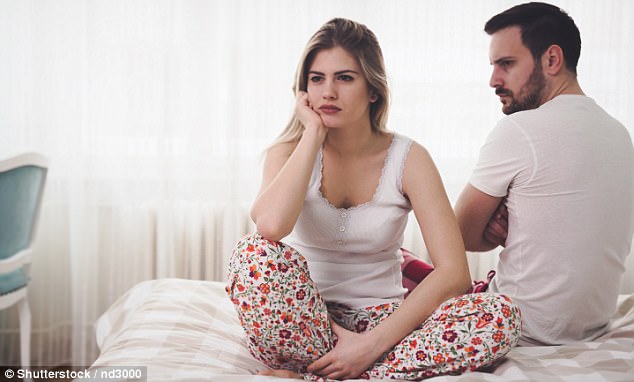 Less is more? The University of Pennsylvania say depriving patients is effective short-term

‘We still do not have an effective grasp on precisely how effective the treatment is and how to achieve the best clinical results,’ says Philip Gehrman, an associate professor of psychiatry and senior author of the study.

One theory is that people with depression have disturbed circadian rhythms — the body’s ‘internal clock’ — and skipping a sleep cycle can reset this and temporarily relieve symptoms.

Commenting on the research, Dr Nik Gkampranis, a consultant psychiatrist and sleep specialist at Spire Healthcare, says: ‘Many people with depression have more REM sleep — where your brain is more active and you tend to dream vividly — than those without the condition.

IS LACK OF SLEEP CAUSING PAIN?

Meanwhile, a University of Warwick study has found people who sleep badly may be more likely to develop chronic pain. Researchers reviewed 16 studies from ten countries, evaluating the long-term effects of changes in sleep patterns on pain.

The study, published in the journal Sleep Medicine, found that less sleep led to inflammation in the body, higher levels of the stress hormone cortisol and other biomarkers relating to pain.

‘Restricting this kind of sleep in these patients can improve their symptoms. My theory is that, in REM sleep, you can end up going through your problems from the day due to more brain activity.

‘This can leave you feeling more depressed and unrefreshed when you wake up.’

He adds: ‘In my opinion, partial sleep deprivation would be better for depression patients than total, as a full lack of sleep can exacerbate symptoms.

‘Evidence also suggests that this is only a temporary fix, so if it is implemented as a therapy, I’d advise it to be used in conjunction with other treatments, for example antidepressants or CBT (cognitive behavioural therapy).’ Professor Jim Horne, of Loughborough University’s Sleep Research Centre, warns: ‘This treatment should only be done under inpatient medical supervision — not by yourself at home — which means it could be costly for the NHS to implement.’