How is Jeep your love?

The car bargain of the month was a Union Jack Austin Powers-style Jaguar XK8 that went under the hammer at Historics At Brooklands on May 19. I spotted it a fortnight before, when the auction catalogue came through the post. Eighty-two thousand miles, three owners from new and the most important detail – those two magic words, ‘No reserve’. Music to an auction addict’s ears. Especially on a day when most of the world would be transfixed in front of the telly watching the Royal nuptials of Harry and Meghan and/or waiting for the FA Cup Final to kick off.

I was salivating, but with my own stable currently sporting ‘No vacancy’ signs, I deferred this potential steal to a pal of mine. His daily commute is a Fiat 500. ‘You could sell that, bag the Jag and have a couple of grand left over towards your summer holiday.’ 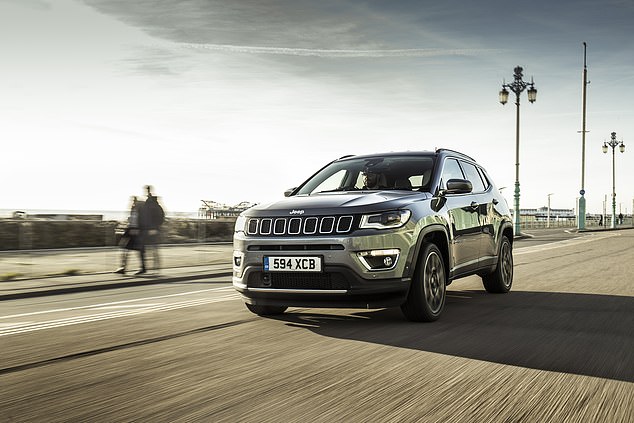 Viewed from the front, the new Compass is actually quite a looker, as well as being instantly recognisable as a Jeep

He sort of believed me, but not enough to do anything about it and thus become the owner of an eminently usable modern classic. A car that would have cheered him and the train station car park up every week day for the conceivable future. What life’s about.

He ended up coming to watch the Royal Wedding with me. And afterwards, over lunch, I checked the auction results. The Union Jack Jag had been snapped up for £6,720.

‘Nooooo,’ he wailed as I broke the news to him. ‘Yes, my friend. Opportunity missed. Big time.’

In an attempt to console my mate, I later recommended he still sell his Fiat 500 and pick up a fun used classic anyway. ‘What like?’ he enquired. ‘The two best value-for-money second-hand cars are an early Mazda MX-5 or a 1990s Jeep Cherokee,’ both of which I adore. The former can be picked up for less than a tenth of the price of a new MX-5, and an early (half decent) Cherokee goes for about £5k – and now has a modern-day stablemate, the Jeep Compass.

Viewed from the front, the new Compass is actually quite a looker, as well as being instantly recognisable as a Jeep, something that seems to be ever more important nowadays, as corporate cloning from one model to the next has become almost mandatory. The rear styling is a little less attractive but by no means ugly, and it’s only when viewed from the side that things become a little more questionable from a design point of view. Have the wheels and body had a row? Are they no longer on speaking terms? Should they even be on the same car? Should they not instead be on the Jeremy Kyle show? And why aren’t the wheels central to the wheel arches? Who thought that was a good idea? So many questions. In profile, the vehicle looks plain odd, to say the least. Almost enough to render the more utilitarian Jeep Renegade a design classic. 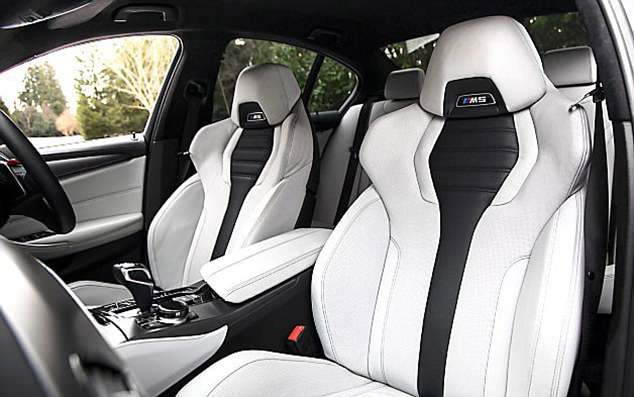 There is loads of leg- and head-room, however, with those nicely trimmed seats proving firm and supportive

Still, any Jeep is bound to score points when it comes to practicality, right? Wrong!

Opening the automatic tailgate verges on painful. It has that annoying lag where you press the button and then nothing happens, so you press it again, except now you have effectively double-clicked it, so even though it was about to do what you wanted, it’s now got the hump and gone on strike. V annoying.

When the mechanism does agree to raise or descend, it’s so slow I contemplated calling Jeep Assist to help me organise cover at work, I feared I would be there that long.

Tailgate-gate finally over then, the luggage compartment, although a decent size, suffers from yet another glaringly obvious design flaw: a parcel shelf that is positioned too low to be able to see whatever it is you might be scrabbling around for, while simultaneously suffering multiple scuffs and scrapes to the forehead. Actual blood was drawn.

Inside, the cabin is a much more pleasant, well-trimmed affair, with average to good quality finishes, including tastefully perforated seats to accommodate heating and cooling systems. But it’s all a little unimaginative for me, due to the lack of fun and colour.

There is loads of leg- and head-room, however, with those nicely trimmed seats proving firm and supportive and the driver’s perch providing a highly agreeable driving position. Albeit one surrounded by an acutely raked windscreen, an offputting deep dash and a pair of A-pillars so chunky they look more akin to the Parthenon.

Other cockpit no-nos include: the immovable, rock-hard central armrest, which obscures the cup-holders, and the (almost) square infotainment screen, with its Space Invaders-style graphics.

The drive was surprisingly pleasant, though. Considering the power available (140bhp), for quite a big lump I thought it chugged along very nicely indeed. I liked the feeling of the steering, not too light, not needlessly heavy. I also liked the gearbox, which was smooth, precise, easy to navigate and then when I found myself cruising on the motorway for the first time, I had to look down twice to check. I was only in fourth, there were two more gears still to go and yet there she was purring along as happy as Larry. The ride was balanced throughout, very steady. You can get the whole thing to roll and pitch if you really want to, but only in order to prove a petulant point.

As for the Compass’s talents off road, I have no idea, although I did note it has five terrain settings and I hear it traverses muddy festival fields with aplomb. I’ll take their word for it.

The bottom line is, if you are a Jeep fan already, you own a Jeep baseball hat, T-shirt, hoodie, coffee mug and a wardrobe full of all the other Jeep merchandise, then you’re probably fully on board with anything new that sports your beloved Jeep badge.

For those yet to be convinced, however, I’m not sure there is enough here to sway potential Jeepies away from excellent rivals such as the Skoda Karoq, Seat Ateca or Mazda CX-3 in the direction of this new option. Ironic, considering it’s called a Compass.

PS. I’m aware most of the original 1990s Cherokees didn’t really go and ended up falling apart, which makes the ones that survived even more special and heroic.