Model Jennifer Hawkins is not just a pretty face.

While the 34-year-old first shot to fame after winning Miss Universe in 2004, she and her husband Jake Wall have worked tirelessly behind the scenes to build a property empire.

The couple run their own high-end construction business, J Group Projects, and in an interview with Daily Mail Australia, Jennifer candidly admitted how modelling led her to launch into property development.

EXCLUSIVE: Speaking exclusively with Daily Mail Australia, Jennifer Hawkins has revealed how she built a multi-million dollar property empire with her builder husband Jake. The couple are pictured together in 2016 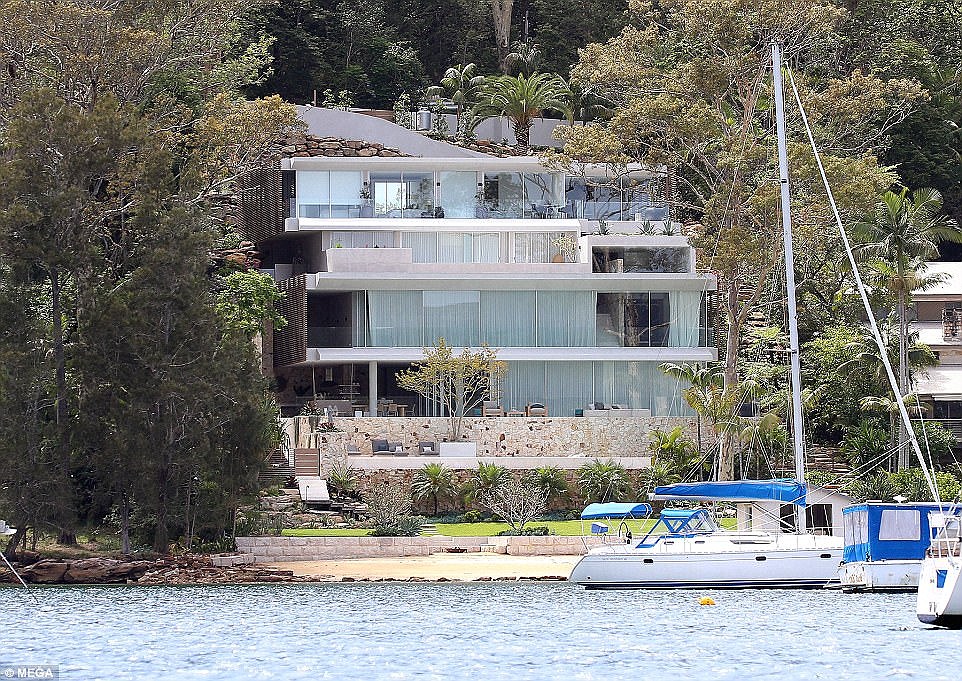 A place to call home! Jennifer and Jake currently reside in this $6 million mega-mansion in Sydney’s swanky suburb of Newport

Jennifer, who is a Mount Franklin ambassador, admitted that she was inspired to invest in property due to her desire to be smart with the money she was making from her high-profile modelling gigs.

‘You get thrust into such a crazy industry… and I was making, you know, no money at the start,’ Jennifer explained.

‘Then I was getting paid obviously more than I ever did. So I wanted to invest in housing and property. I think that’s where I was at originally.’ 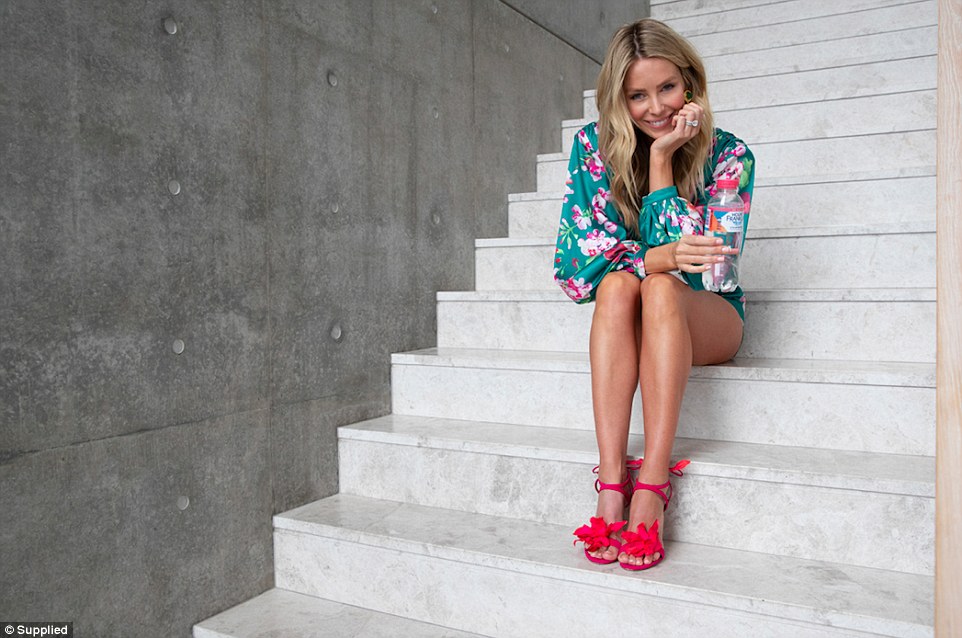 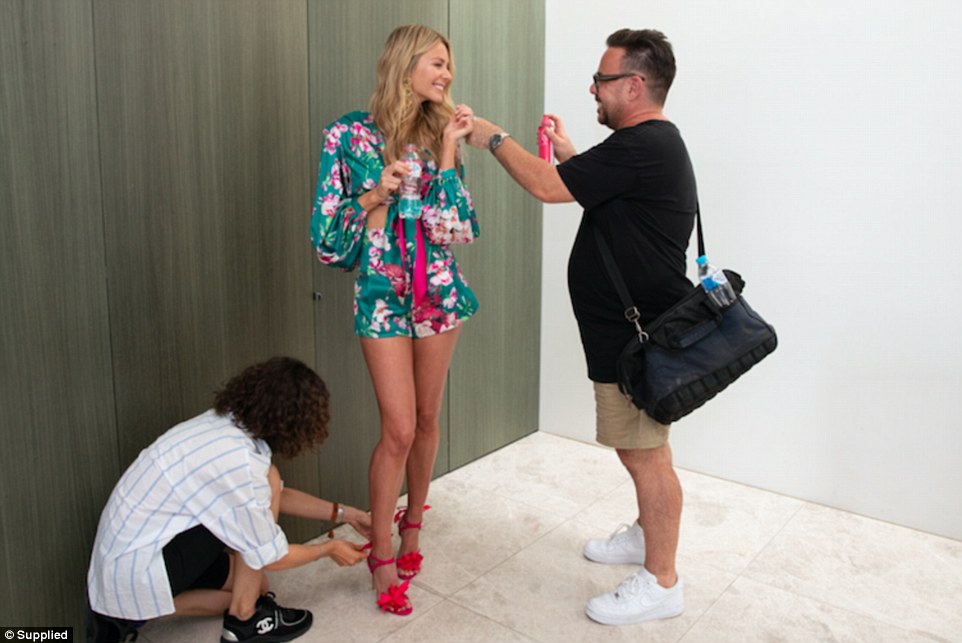 Not just a pretty face! Jennifer, who is a Mount Franklin ambassador, spoke exclusively with Daily Mail Australia about her passion for property. She is pictured behind-the-scenes on a shoot for the brand’s new Still Flavours range

Jennifer first entered the market in 2006, two years after she was crowned Miss Universe.

The beauty forked out $469,000 for a double-storey house in Merewether, a suburb located in her home city of Newcastle.

She leased out the three-bedroom, two-bathroom property for much of the time it was in her name, before she eventually sold the residence for $782,000 last year. 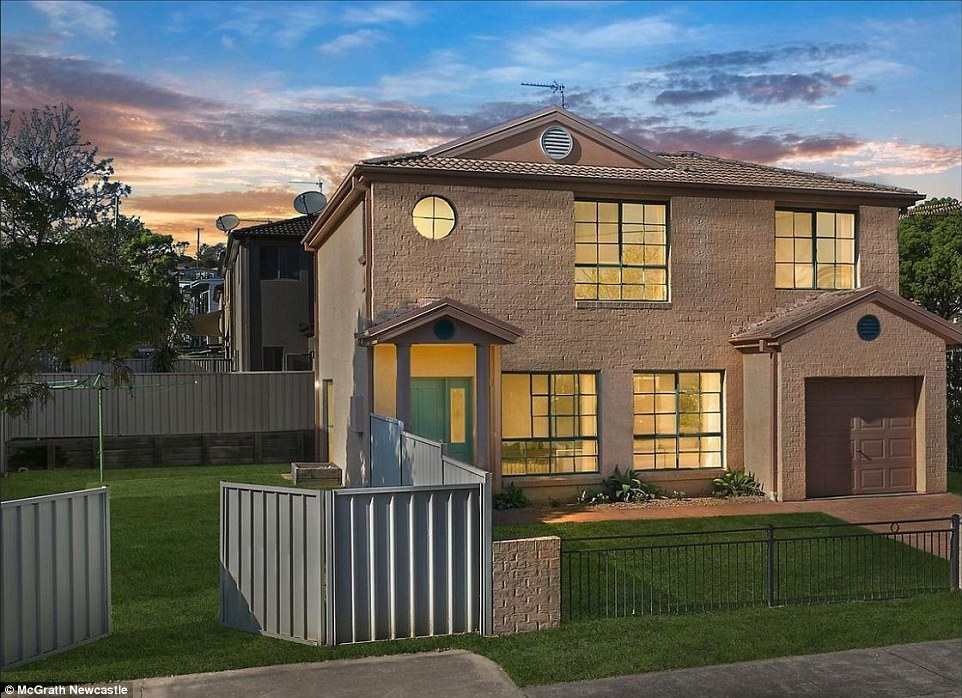 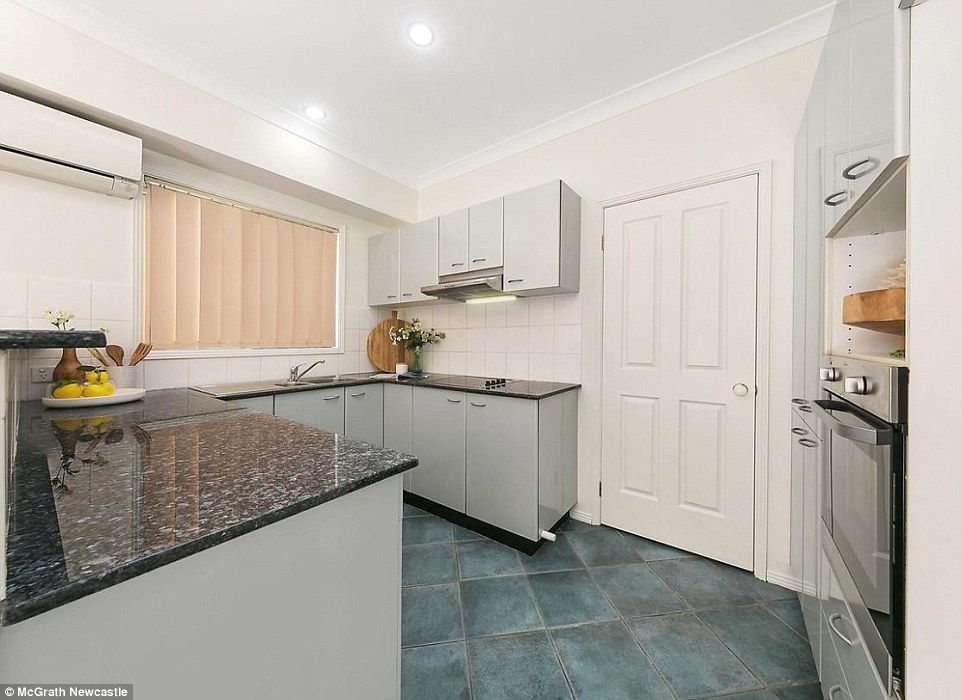 Clearly bitten by the real estate bug, savvy Jennifer added two properties to her portfolio in 2007.

In January, she bought another home in Newcastle’s Merewether area for the sum of $620,000.

Like her first property close by, the house was double-storey and featured three bedrooms and two bathrooms. 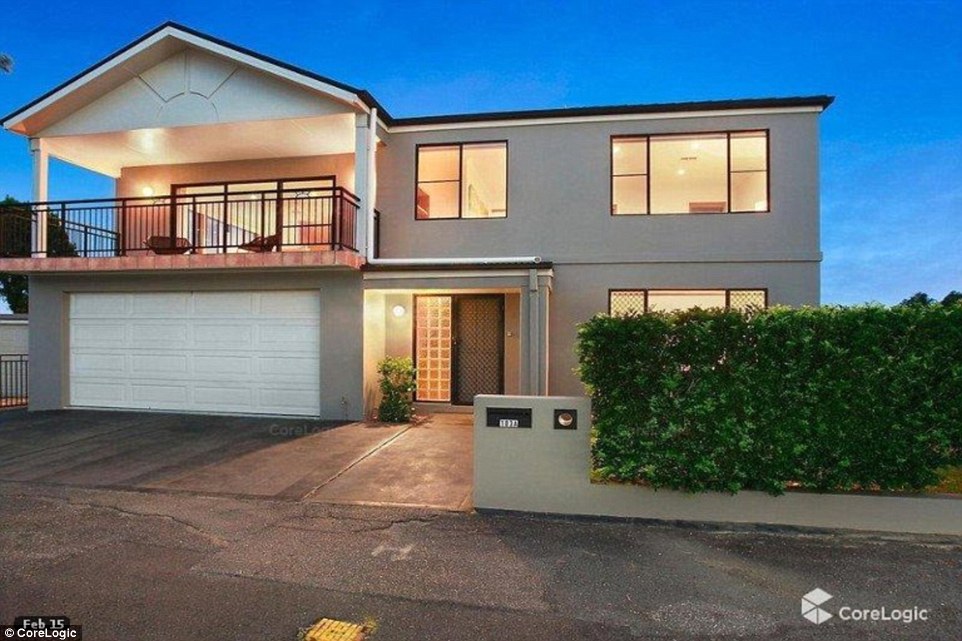 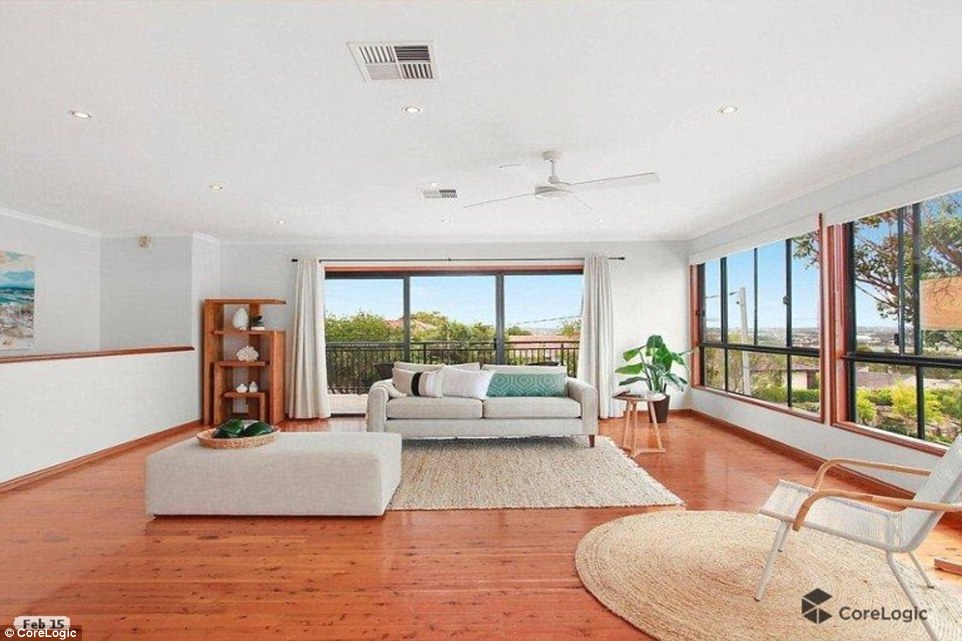 Second investment: In January 2007, Jennifer bought another home in Newcastle’s Merewether area for the sum of $620,000.

Meanwhile, the second property Jennifer purchased in 2007 was a two-bedroom apartment in Sydney’s Bondi.

She bought the swanky condo off the plan for $895,000, before living at the address with Jake for several years.

It appeared they tired of the eastern suburbs some time later, selling the property in 2014 for $1.2 million. 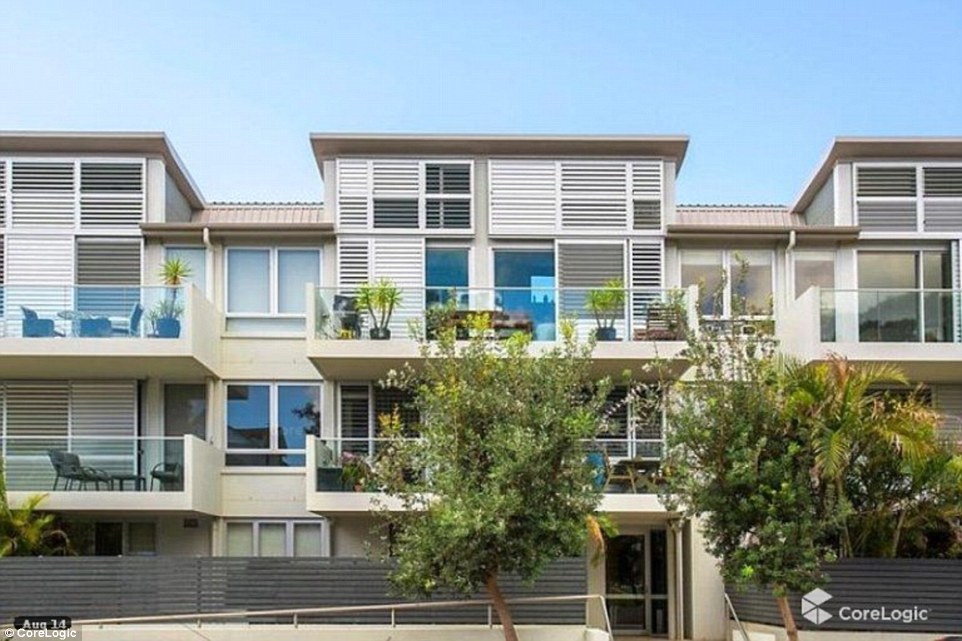 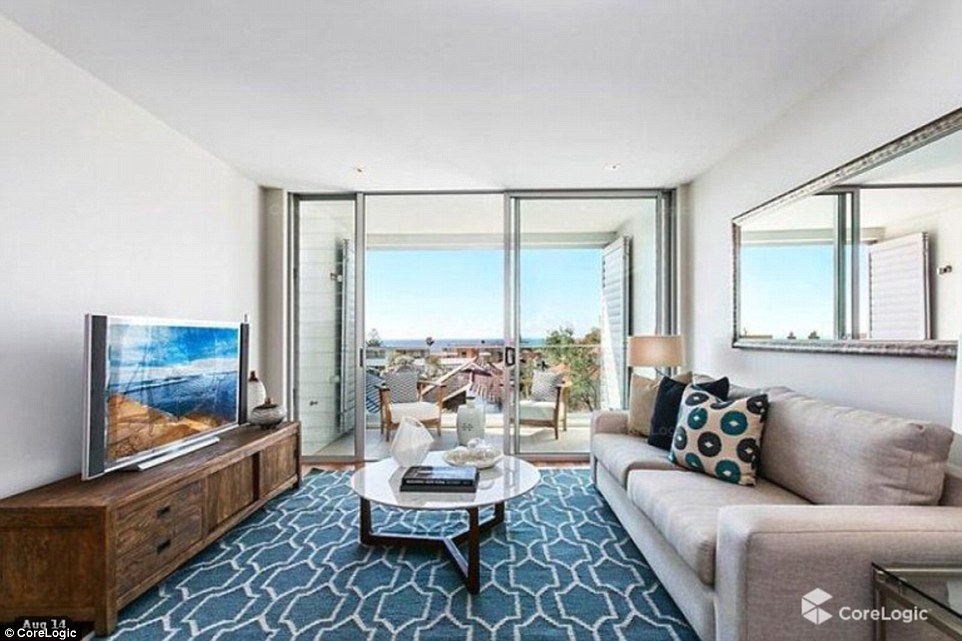 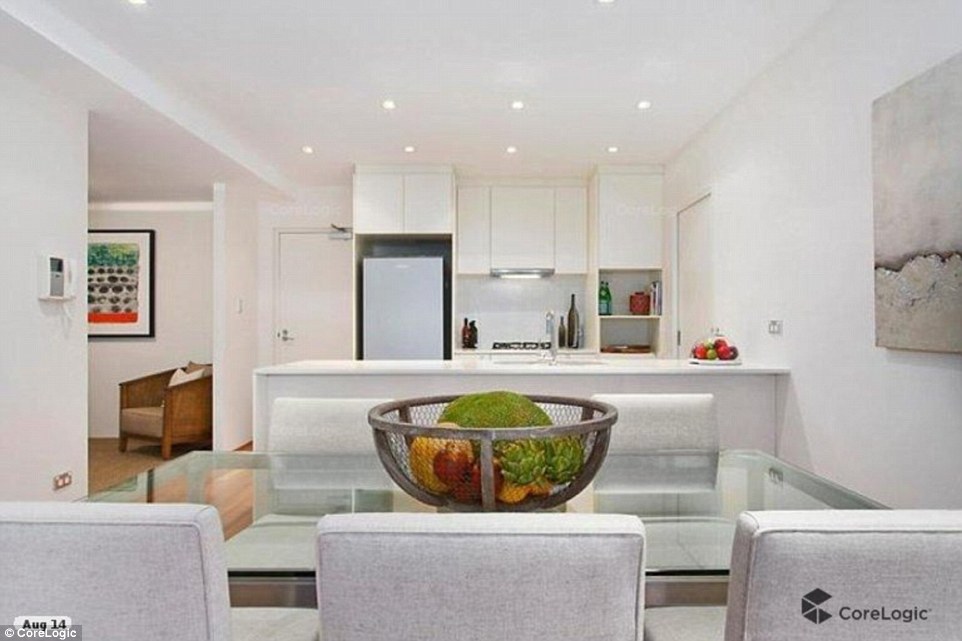 Bondi apartment: Jennifer bought this swanky condo off the plan for $895,000 back in 2007. She and Jake sold it for $1.2 million seven years later

By this time, Jennifer and Jake had already begun to build homes, rather than simply buy them.

In 2010, the couple purchased a cliff-side block of land in North Curl Curl for a whopping $1.3 million.

They then partnered with renowned architect Koichi Takada to create a stunning three-storey mansion.

Jennifer told Daily Mail Australia that she began to become addicted to certain aspects of the building and design process, finding herself particularly drawn to interiors. 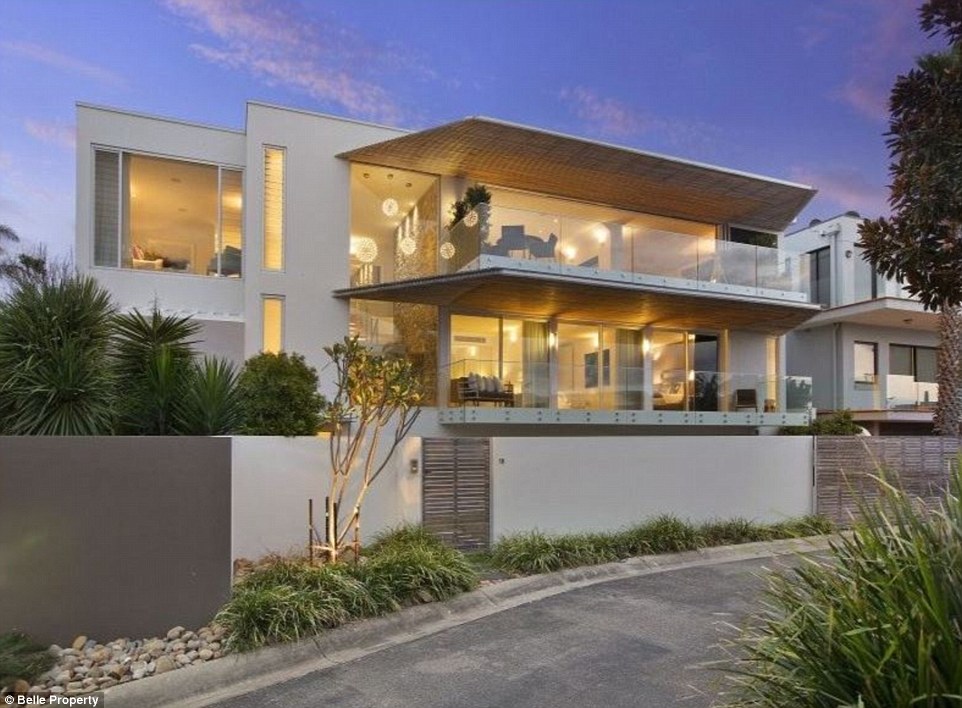 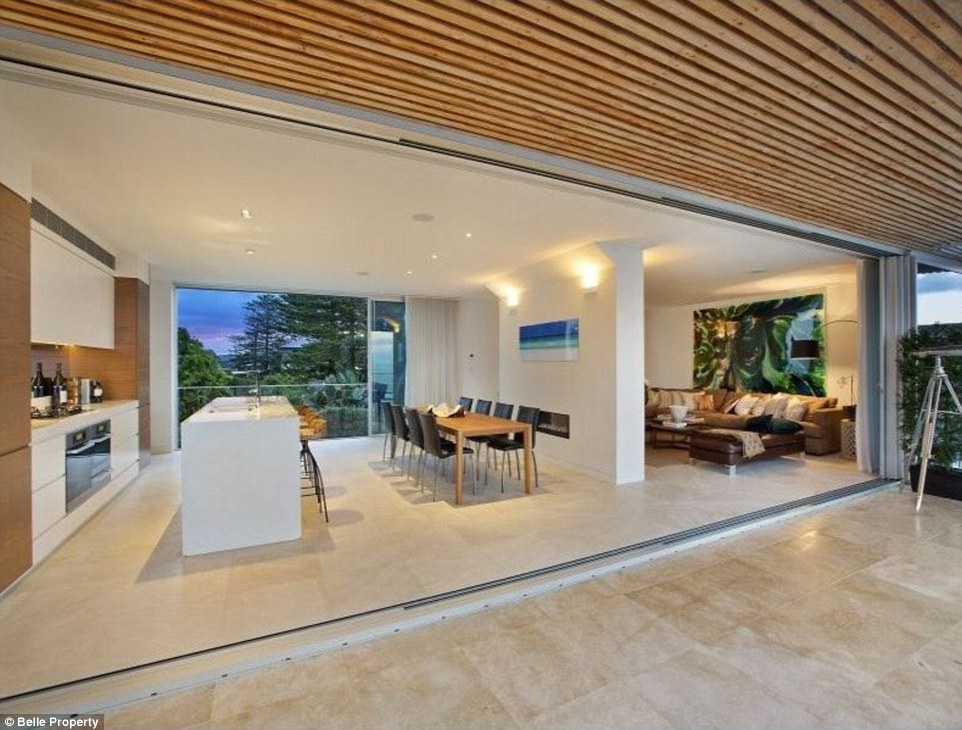 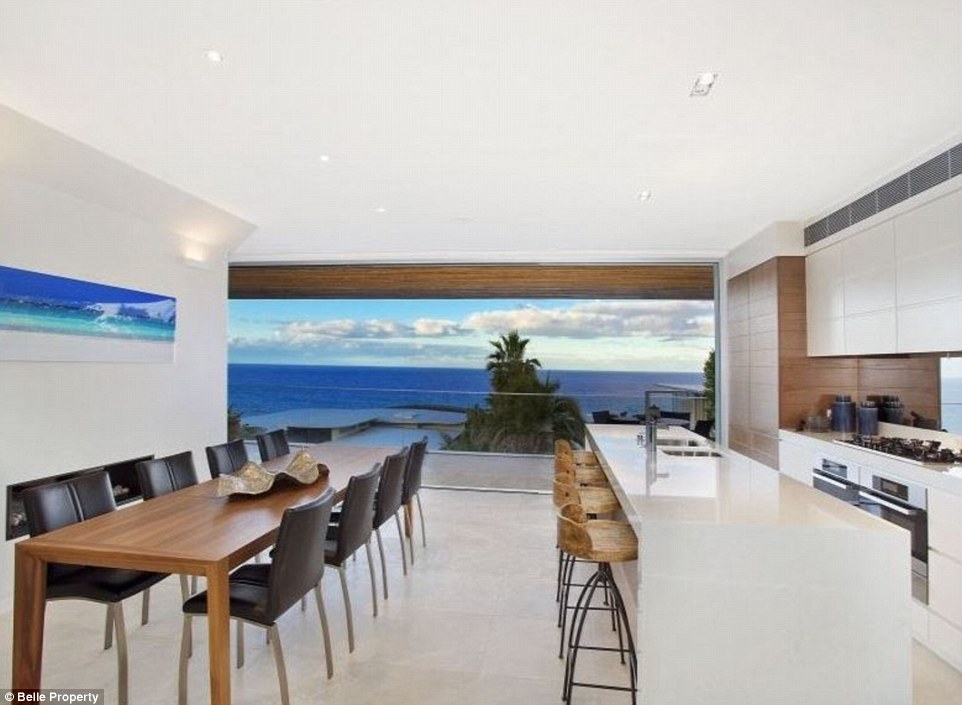 Making their dreams a reality: Jennifer and Jake bought a block of land in North Curl Curl and built this stunning mansion on it

‘Once we were into it and we were building our dream home, it became different,’ she said, adding that she relished working side by side with her longtime partner.

‘We’d look at interiors and obviously, Jake’s a builder, so he’s educating me in that way. It kind of happened naturally. It was lots of fun working with him on that.’

In the meantime, Jennifer and Jake bought another block of land in the same suburb and had already commenced building another incredible mansion.

The couple demolished the house, before Jake’s company J Group project again collaborated with Koichi Takada to build another home. 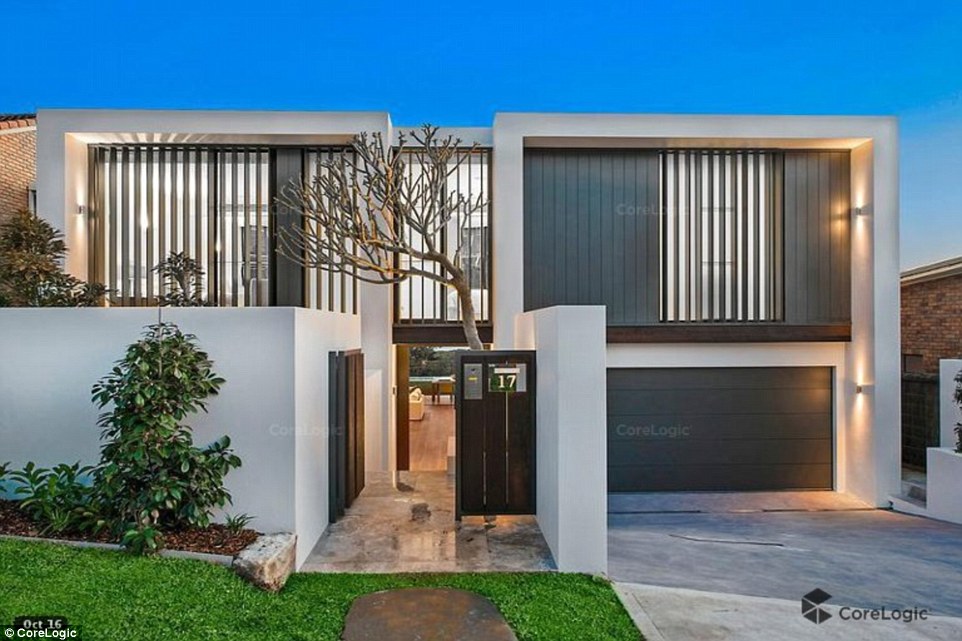 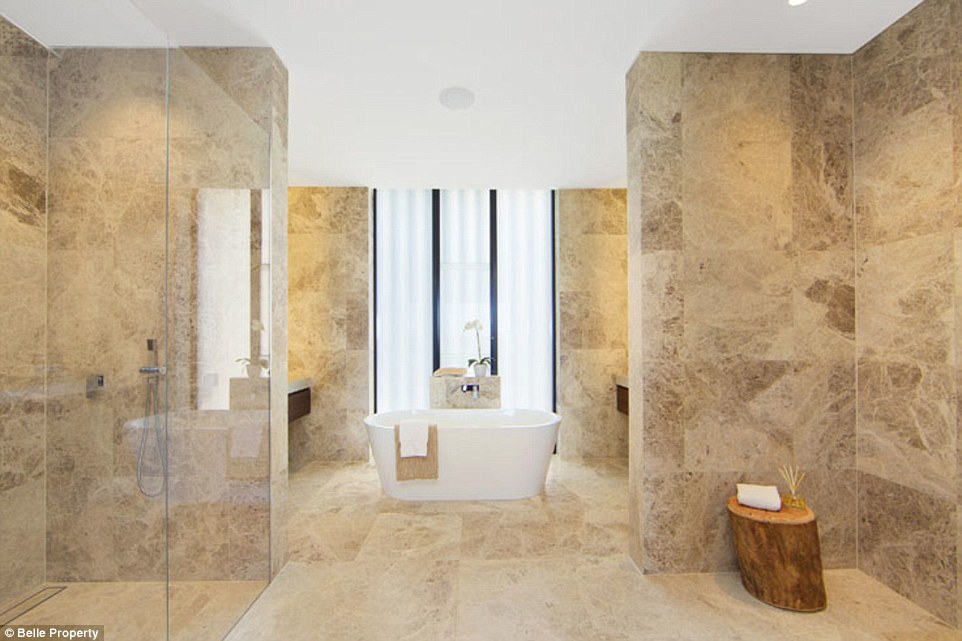 Second North Curl Curl home: The savvy couple built this resort-style residence on another block in the same suburb, before selling it for around $5 million in 2016

Jennifer and Jake sold the North Curl Curl residence for around $5 million in 2016.

The couple then traded up to their current mega-mansion.

Their new pad, located in Newport, an exclusive suburb in Sydney’s Northern Beaches, was built on a plot of land bought for $4 million by the couple in 2014.

The pair has undertaken a painstaking renovation, furnishing their love nest – which sprawls over four levels – with features such as an indoor elevator, home theatre, and private gym. 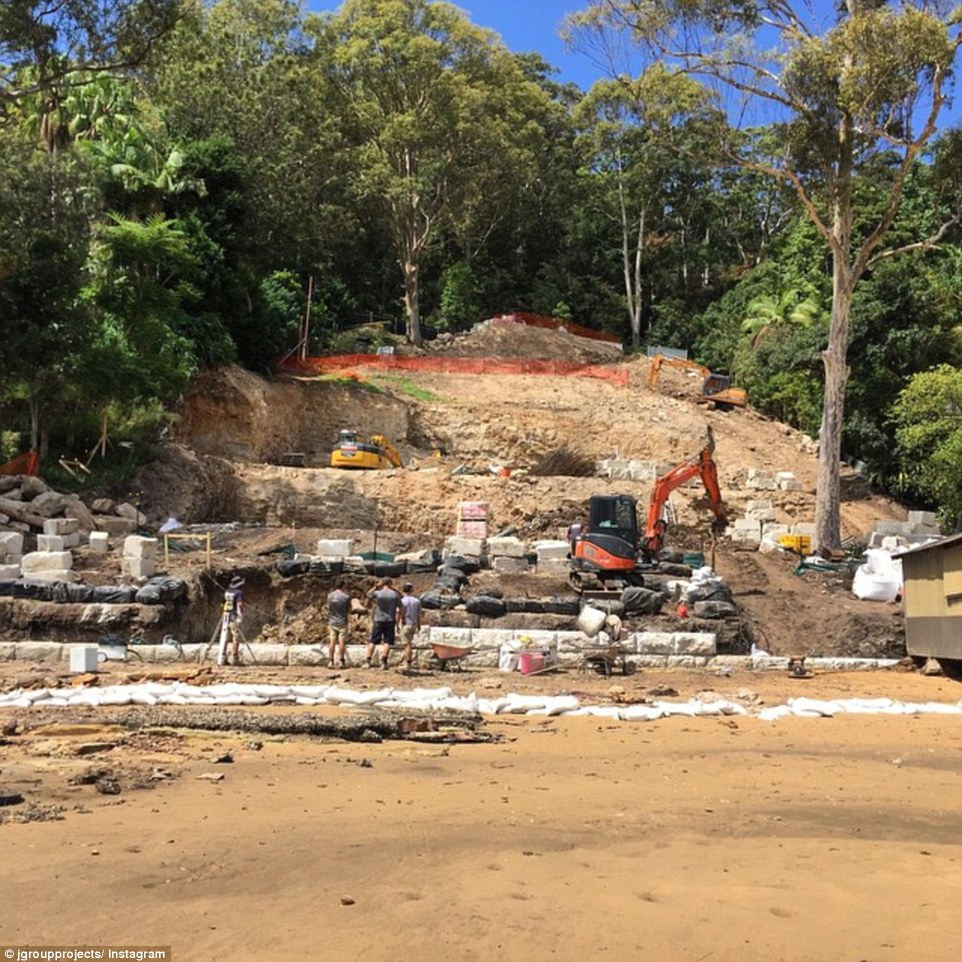 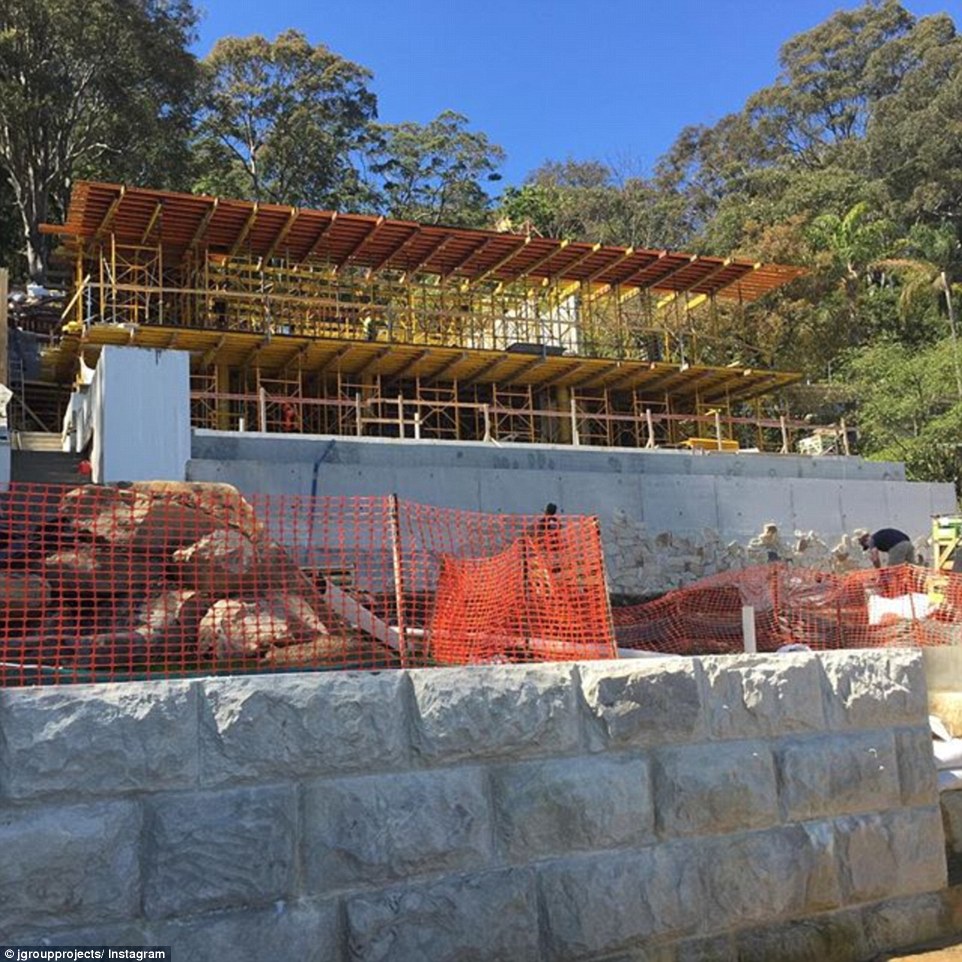 Now estimated to worth around $6million, Jake and Jennifer’s home also has access to a private beach, and is built with glass walls that take advantage of the waterside view.

Sharing her advice for fans hoping to follow in their footsteps and create their own perfect dream home, Jennifer advocated considering personal circumstances before renovating.

‘Think about what your lifestyle is and cater it around that,’ the Mount Franklin ambassador said.

‘So if you love to be outdoors, make sure your indoor-outdoor area is spacious and livable and not too contrived. 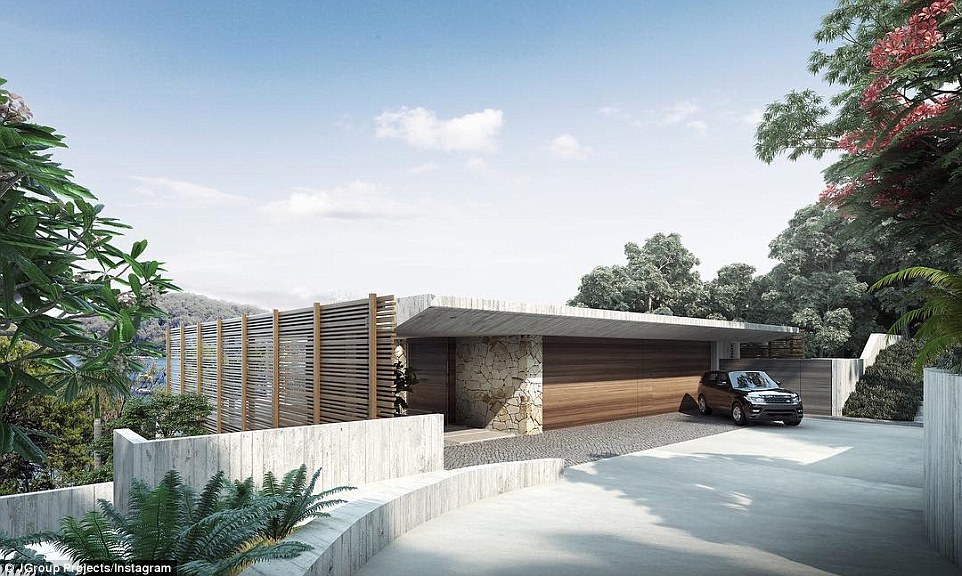 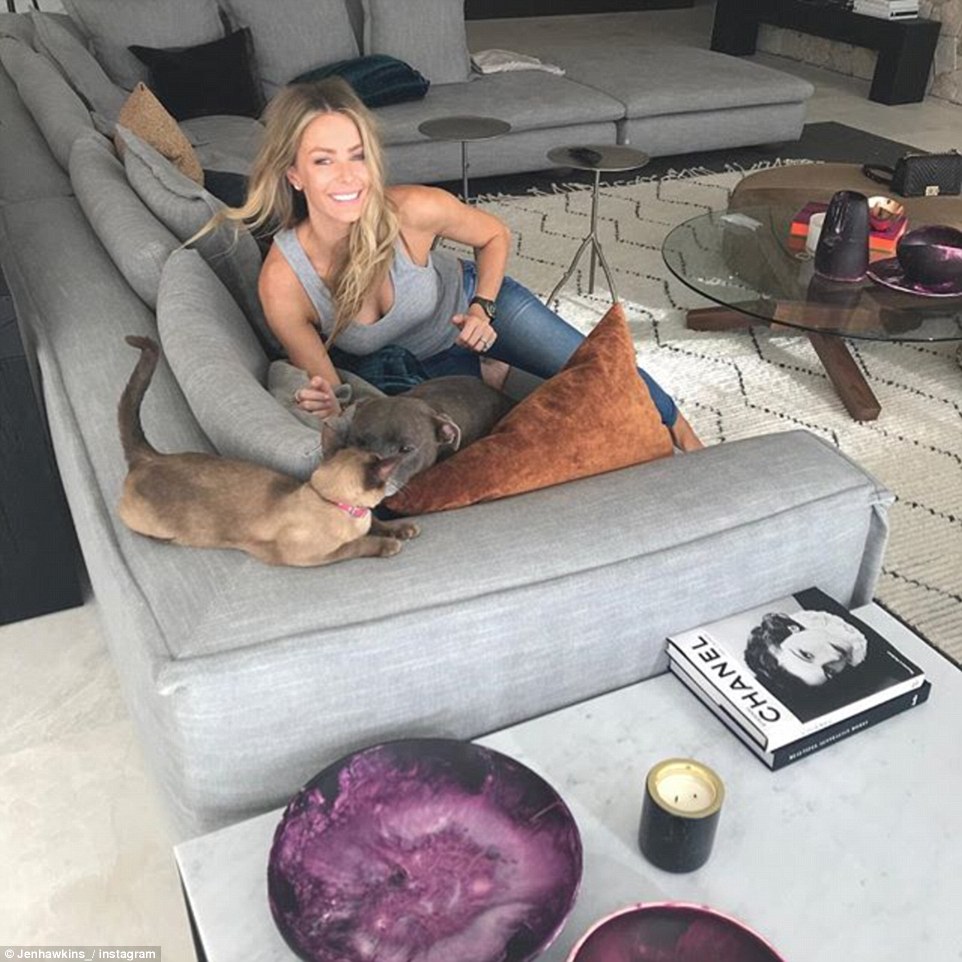 ‘Think about what your lifestyle is and cater it around that’: Jennifer’s design advice is to create spaces that don’t feel too ‘contrived’. The interior and exterior of the couple’s Newport home is pictured above

‘[Make sure] you can relax and you can have people over and if they drop a glass of whatever it may be on your tiles, it’s not going to stain and it’s not too pretentious. I think that was my main thing when we were renovating.’

While they may appear to be savvy property flippers, Jennifer insists she and Jake only purchase and overhaul houses that they intend to live in themselves.

The former Australia’s Next Top Model that they only buy and sell if they want to live in a different spot, rather than for investment purposes.

‘If we ever move, it’s more locational. It’s because we want to change location. Like we went from the Eastern Suburbs up to the Northern Beaches.’ 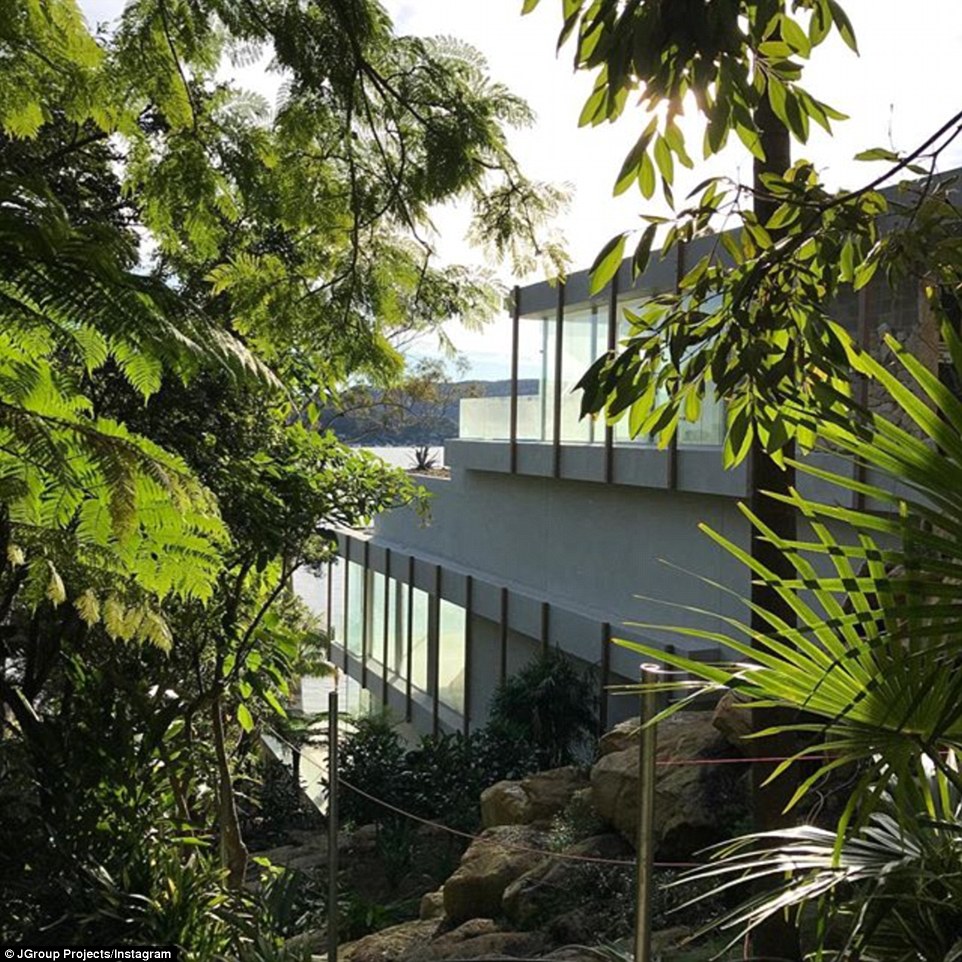 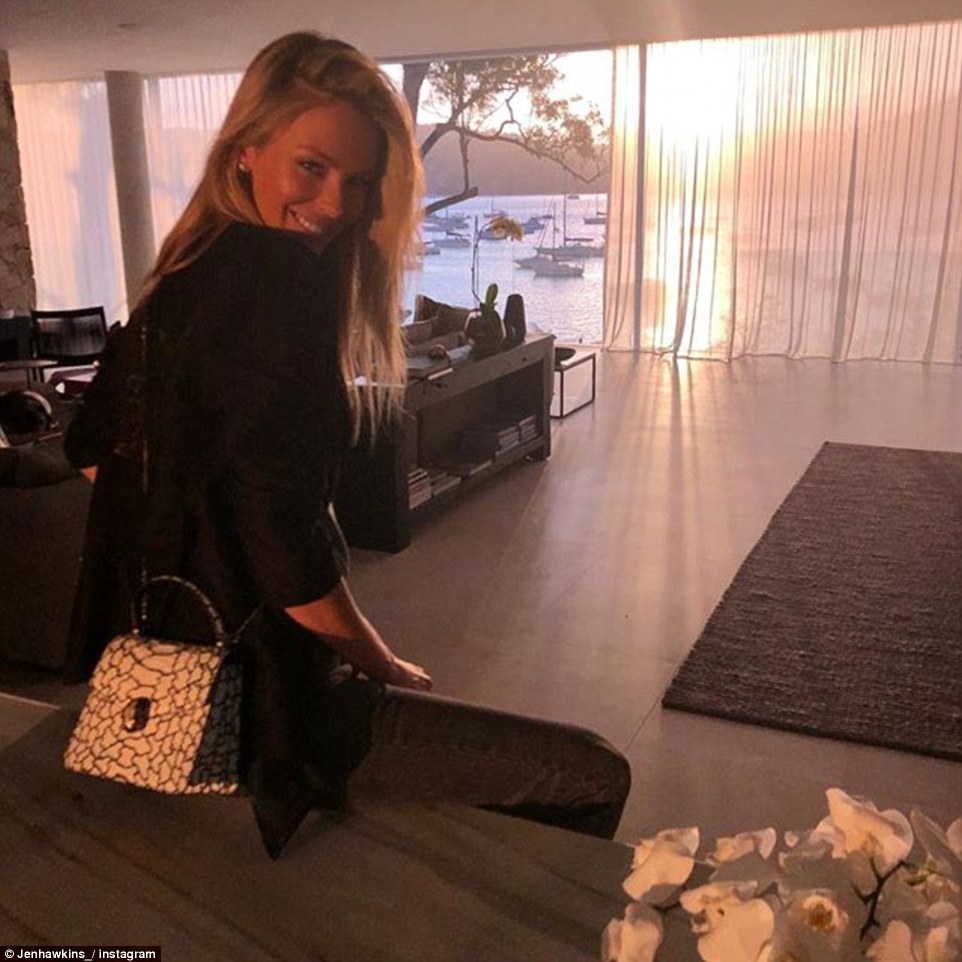 ‘We love just having a little place that’s your home’: Jennifer and Jake love living in their Newport mansion (pictured) and no plans to move

The blonde beauty said that the couple aren’t planning to snap up any new homes in the near future.

‘We love just having a little place that’s your home and it’s nice to be able to relax there and have all your things that you love and you cherish in one place and it’s like your nest.’ 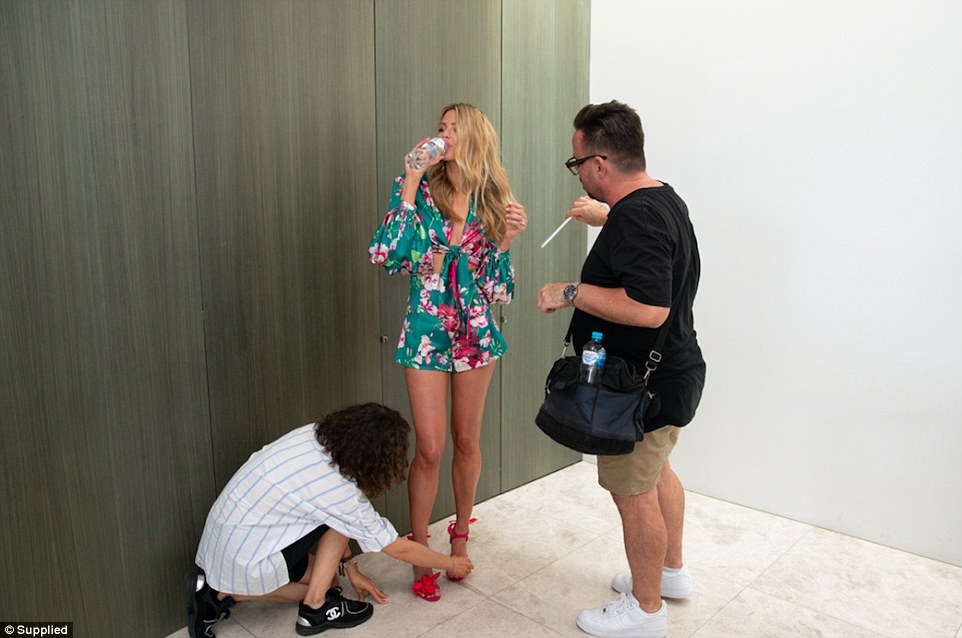 Thirsty work! After busy days working with Mount Franklin, Jennifer is lucky enough to return home to her $6 million sanctuary in Newport