He’s in the running to be the next prime minister – and it seems Jeremy Hunt has never shied away from a tough race.

A photo shows the Foreign Secretary looking ready for competition alongside his cross country teammates at Charterhouse School.

With his neat vest and shorts, Mr Hunt appears every inch the clean-cut, athletic public schoolboy in the 1984 snap.

Another photo shows him looking smart in a tweed jacket while in the sixth form. A contemporary of Mr Hunt, who was head boy at Charterhouse, said: ‘Jeremy was a prefect and was squeaky clean,’ adding ‘there was a craze for running at the school inspired by Chariots Of Fire’.

Part of the film, released in 1981, was shot at Eton – Charterhouse’s arch rival, and the alma mater of Boris Johnson.

Jamie Jeeves, who is secretary of the Old Carthusian cross country club, said: ‘I’m not surprised to see Jeremy so close to becoming prime minister. He was definitely a man who would go far.’

If Mr Hunt succeeds in beating Mr Johnson to No 10, he could become the first Old Carthusian to be prime minister in more than two centuries. The last was Lord Liverpool in 1812. But cross country was not the only hobby the young Jeremy had. He was also head of the school magic society where he said he learnt the ‘exacting art’ which needs ‘confidence in presentation’. 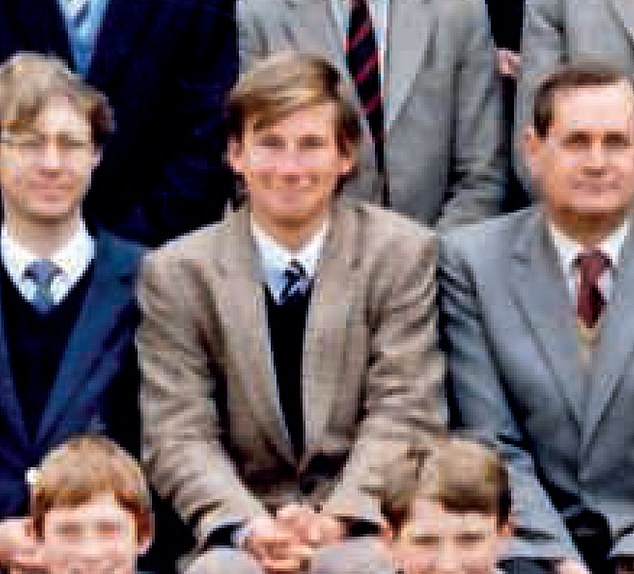 Mr Hunt has said he was ‘not especially good at any one thing at school’. But he racked up a long list of responsibilities – he was head of school, head of Weekites (his house), head of debating and editor of the school magazine, The Carthusian.

Mr Hunt went on to Oxford where he studied politics, philosophy and economics at Magdalen College between 1985 and 1988. He has revealed that, while at university, he voted for Mr Johnson to be president of the Oxford Union – though ‘did not know [him] personally’.

The aspiring politician went on to be elected president of the Oxford University Conservative Association.

When he’d finished his studies, he attempted to sell marmalade to Japan. He later produced maps of London in Japanese, before doing student guides. This was the start of Hotcourses, the firm he later sold for £15million.

Asked by his old school magazine if he could become the first Old Carthusian prime minister since Lord Liverpool, Mr Hunt said: ‘It’s incredibly unlikely. If you go into politics with a plan… the chances are you’ll come a cropper.’ 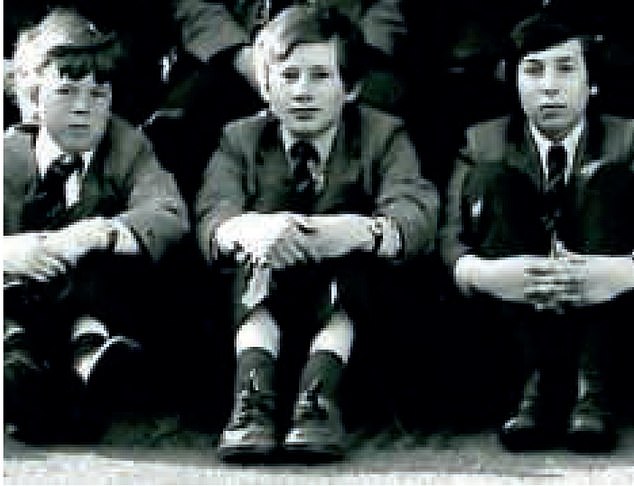 Mr Hunt has said he was ‘not especially good at any one thing at school’. But he racked up a long list of responsibilities

Hunt throws down gauntlet to Johnson: He tells rival to ‘stop hiding’ as Boris dodges another debate

Jeremy Hunt last night challenged Boris Johnson to stop ‘hiding’ from the public as it emerged the Tory leadership favourite has pulled out of another televised debate.

In an open letter, Mr Hunt urged his rival to sign up to a string of TV debates and public hustings to ensure the new prime minister is properly tested.

He warned that the country had suffered when Gordon Brown and Theresa May became prime minister with only minimal scrutiny, adding: ‘The stakes are too high to let that happen again.’

Mr Johnson, who received the backing of more than half of Tory MPs this week, has so far fought shy of the media. 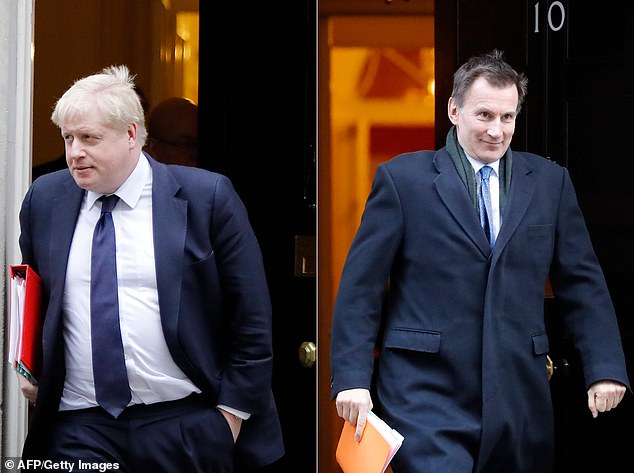 In an open letter, Mr Hunt urged his rival Boris Johnson to sign up to a string of TV debates and public hustings to ensure the new prime minister is properly tested

Last week he pulled out of a televised hustings organised by Channel 4, with aides saying he was unhappy about the format and too busy to prepare.

And last night it emerged he had pulled out of a planned head-to-head debate with Mr Hunt on Sky News next week. He is also said to have made an unsuccessful attempt to have the media barred from the Tory hustings events. The former foreign secretary has agreed to a live head-to-head debate on ITV on July 9.

Boris Johnson’s plan to avoid tariffs in No Deal Brexit is unworkable, according to an expert

Boris Johnson’s plan to avoid EU trade tariffs in a No Deal Brexit is unworkable, the Bank of England governor said yesterday.

Mark Carney said Mr Johnson’s proposed tariff ‘standstill’ broke EU rules. But Brexiteer Iain Duncan Smith said Mr Carney had ‘deliberately misrepresented’ the proposal, adding: ‘The rules are clear – you only have to have an agreement in principle to get a standstill arrangement. It is unacceptable for the governor to suggest otherwise.’

But this takes place after the ballot papers have been sent out to the party’s 160,000 members – by which time many may have already voted.

Mr Hunt said the second stage of the leadership contest was designed ‘to test us – our plans, our policies, our character’. He added: ‘We do this country and our democracy a deep disservice if we hide away until members have submitted their postal ballots.’

The Foreign Secretary told his predecessor he was ready to debate him ‘any time, anywhere’. And he urged him to widen the scrutiny process to include events the public can attend, rather than just those restricted to Conservative Party members.

He added: ‘Scrutiny can be uncomfortable. But if we can’t handle it with friends, we won’t deserve to lead against our opponents… My message is simple: If you want the job, you have to turn up for the interviews.’

Aides to Mr Johnson last night dismissed the charge, pointing out that he was committed to 16 Tory party hustings in the coming weeks, beginning in Birmingham today. Mr Hunt has acknowledged he starts the leadership contest as the ‘underdog’. 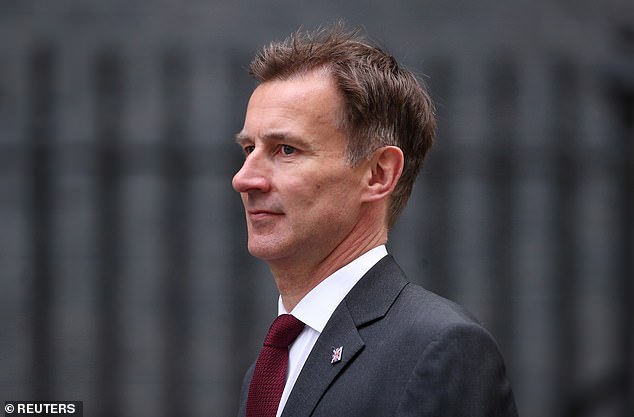 Mr Hunt repeated his acknowledgement that the Government had cut social care funding too far. Mr Johnson pledged to restore the electoral fortunes of a party that lost more than 1,300 seats in last month’s local elections and was routed by the Brexit Party in the elections to the European Parliament. He told councillors: ‘The hour is darkest before the dawn. We can turn this thing around.’

Mr Johnson pledged to get Brexit ‘over the line by October 31’ in order to stop the Brexit Party and Liberal Democrats ‘feasting’ on the Tories.