How Many Titles Does Netflix UK Have? 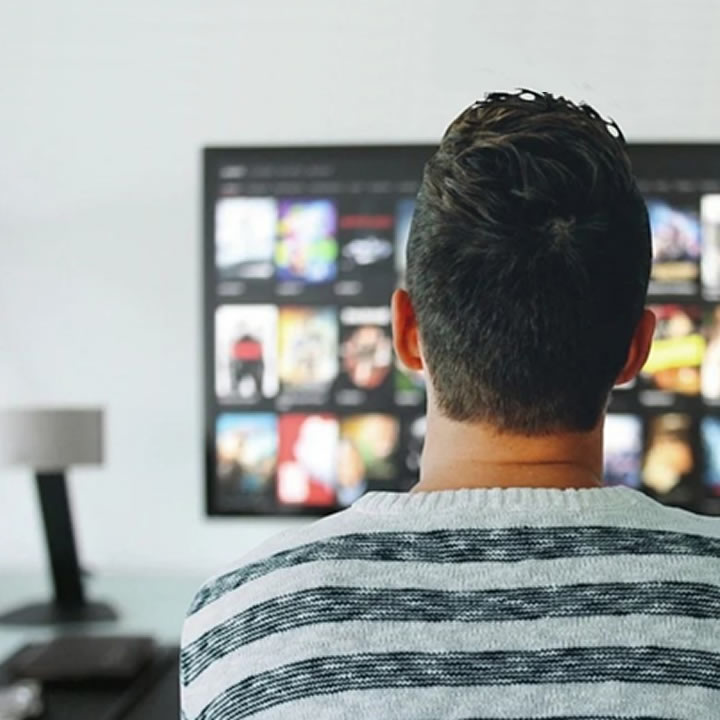 Netflix UK is one of the most popular libraries, and it’s not surprising at all – British entertainment is amazing, and there are tons of titles in the UK library.

How many, you ask?

It’s hard to give an exact number. Statistics all offer different answers, so here’s a look at them:

Safe to say the total number is at least over 5,500. So there’s definitely a lot of content on Netflix UK.

And some of those titles can only be watched in the UK. Which ones, you ask?

Titles like It’s Always Sunny in Philadelphia, Mr. Bean: The Whole Bean, The Hustle, Doctor Who. The list goes on and on, really.  If you want to check for yourself, use StreamCatcher from ProPrivacy. Just type a Netflix title, and look it up. The tool will tell you where it’s available.

Want to know why some shows are only available in the UK, and how you can watch them anyway?

We’ll tell you all about that (and more) in this article.

Why Are Some Netflix Titles Exclusive to the UK?

To put it simply, because Netflix only bought the licensing rights for that country. They weren’t able to acquire them for other regions because their data mining shows users in those places wouldn’t be interested. Or the rights weren’t available because the copyright holders already sold them to other streaming sites and TV networks.

Translated, that means that while Netflix might have the licensing rights for It’s Always Sunny in Philadelphia, they can’t legally stream it anywhere else. If they were to do that, their competitors who bought the distribution rights for those regions might sue them.

It sounds boring and really unfair for you, we know, but there’s not much Netflix can do about that. They’re only able to stream Netflix Originals wherever they want (with a few exceptions) since they own the copyright. But with shows they don’t own, they can’t make that call.

How to Unblock Netflix UK Anywhere in the World

Don’t start packing your bags – you won’t need to take a trip to the UK just so you can watch a few Netflix shows.

All you really need is a VPN – an online tool that hides your IP address and encrypts your traffic. If you’d like to know how it does that, it’s really simple: the VPN intercepts your traffic and forwards it to Netflix for you.

If you’re having trouble picturing how that looks like, here’s a helpful image.

As you can see, Netflix will think your traffic is coming from the VPN. So, it will only see the VPN server’s IP.

You just need to do one thing on your end – connect to a UK VPN server. You’ll get a British IP address that way, so Netflix will redirect you to the UK library.

Can Netflix Detect Your VPN Connection?

Yes, that can happen. Don’t worry – that doesn’t mean you’ll get in trouble and have your account banned. But you will get redirected to the Netflix proxy error page. You won’t be able to leave it and resume using Netflix until you disconnect from the VPN. Of course, that means losing access to the UK library.

So how do you avoid that?

Well, the only solution is to use a VPN that can evade that kind of detection. To manage that, it needs to regularly refresh its IP addresses (lease new ones, essentially). Unfortunately, not all VPNs are able to do that.

To find a VPN that can unblock Netflix regularly, you should use StreamCatcher. Its main goal is to tell you where a certain Netflix title is available, but it will also recommend the top three Netflix VPNs using ProPrivacy’s data (one of the biggest VPN review sites on the Internet).

Will a Netflix VPN Slow Down Your Speeds?

Yes, that can happen. The slowdowns aren’t usually noticeable, but that really depends on your original speeds. If they’re already low (like 30 Mbps), your VPN speeds could go under 25 Mbps. That’s going to be a problem since those speeds are needed to stream Netflix in Ultra HD.

If you experience such slowdowns, don’t worry – you can optimize your VPN speeds by doing this:

1. Use a Nearby Server

The bigger the distance, the more it takes data packets to travel between your device and the VPN server (so the slower the speeds will be).

2. Use OpenVPN over UDP or Use Lightweight Protocols

OpenVPN is very resource-intensive, so make it run over UDP. It’ll be a bit less stable, but overall much faster than if you were to use it over TCP.

Alternatively, use speedier protocols. We recommend IKEv2, WireGuard, L2TP/IPSec, and SoftEther. Avoid PPTP, though, since its encryption can be broken.

3. Use Wired Connections, Not WiFi

WiFi is convenient, but a weak signal will really tank your speeds. We experienced 60-70% decreases by just leaving the room with the router!

So stick to wired connections if possible. If not, bring your device as close as you can to the router. Or get a range extender to boost your signal’s strength (like the ones from TP-Link).

Do you love Netflix UK just like us, or do you prefer other regional content? Also, do you know other ways to improve VPN speeds or unblock Netflix content?

Please share your thoughts with us in the comments below or on social media.