She was a seductress who was alleged to have used her beauty to snare the secrets of top Allied officers during the First World War.

Dutch exotic dancer Mata Hari, who was enlisted to spy for France, was executed by firing squad at the age of 41 after MI5 helped to compile evidence that she was acting as a double agent for Germany.

She was killed in 1917 after being found guilty of allegedly revealing details about the Allies’ new weapon – the tank – to Germany.

Hari is known to have had Allied military officers of different nationalities among her lovers.

Her alleged leaks were said to have resulted in the deaths of thousands of soldiers, although doubt has been cast on the extent of her guilt in recent years.

This week, it was revealed that a Ukrainian teenage girl had echoed Hari’s exploits by using a dating app to track down Russian troops and expose where they were based.

She was so successful that one soldier had told her how he was fighting to try to earn money for a luxury car and sent her images of a boarding school being used as a military base.

Dutch exotic dancer Mata Hari, who was enlisted to spy for France, was executed by firing squad at the age of 41 after being convicted of also acting as a double agent for Germany. Above: The dancer posing in 1911 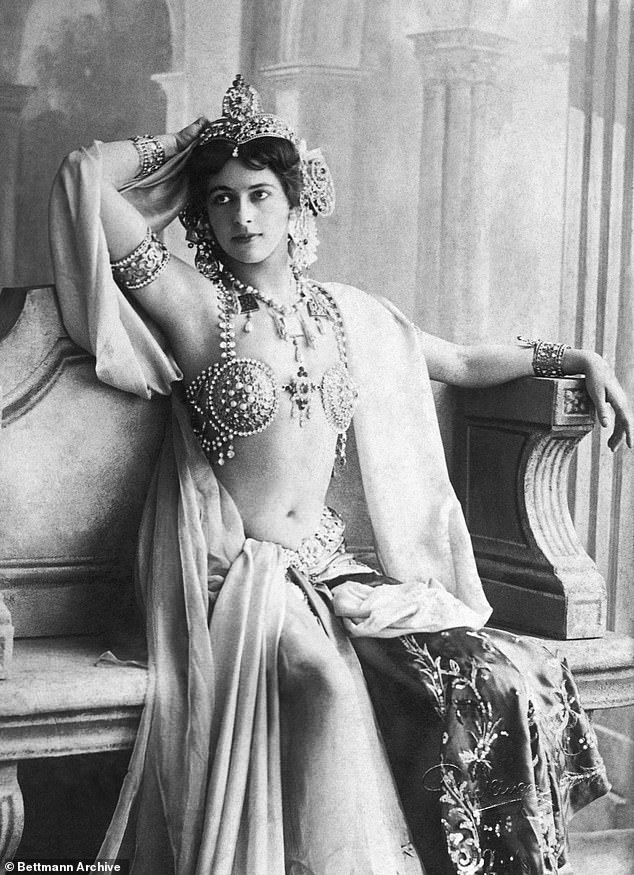 Hari was killed in 1917 after being found guilty of revealing details about the Allies’ new weapon – the tank – to Germany. Above: The dancer posing in 1906

Hari was born Margaretha Geertruida Zelle to a prosperous Dutch family in 1876.

Ukraine’s online Mata Hari: Russian troops are being duped by woman, 18, using dating app to lure them into giving away their location in Ukraine by flirting with them

By Ian Birrell for the Daily Mail

A teenage Ukrainian girl, forced by war to flee her home in Kherson, has revealed she went on a dating app posing as a Russian to track down enemy troops and expose where they were based.

She was so successful that one soldier boasted he was fighting to earn money for a luxury car and sent her pictures from a boarding school used as a military base.

Another showed a mansion where he was guarding a senior officer.

Her exploits echo those of the First World War German spy Mata Hari, whose lovers in the top brass told her of the Allies’ new secret weapon, the tank.

But for Lisa – not her real name – her inspiration came from a girl on TikTok who had befriended a Russian soldier, asked where he was serving and passed the information to Ukraine’s army.

She adopted the name that she would be forever known by when she took on acting and dancing roles after moving to France.

Before leaving the Netherlands, she endured a troubled marriage to hard-drinking Dutch army captain Rudolf MacLeod.

The couple had two children, a son and daughter. The son, Norman, was killed when he and his sister were poisoned by their nanny. Their daughter, Non, survived.

Hari and her husband separated in 1902 and the dancer moved to Paris, but was forced to leave her daughter with her former spouse.

Once in France, Hari began by performing in private homes and stories of her seductive moments and nudity soon began passing around Parisian high society.

In May 1914, she signed a contract to dance for six months in Berlin.

It meant that when war broke out in August that year, she was stuck in Germany.

She then charmed a Dutch businessman to pay her train fare to Amsterdam.

Hari was approached Karl Kroemer, the German consul, who told her he was recruiting spies and gave her 20,000 francs.

Whilst she took the money, she allegedly did not actually spy for him, according to American academic Pat Shipman’s 2007 book.

She was stopped by MI5 when she was travelling to France via Britain to avoid the front line in the war.

She was deemed to be suspicious by the intelligence services, partly because she spoke French, English, Italian, Dutch and probably German.

Shipman explained: ‘The problem was not what Mata Hari said but who she was. She was a woman travelling alone, obviously wealthy and an excellent linguist – too educated, too foreign. 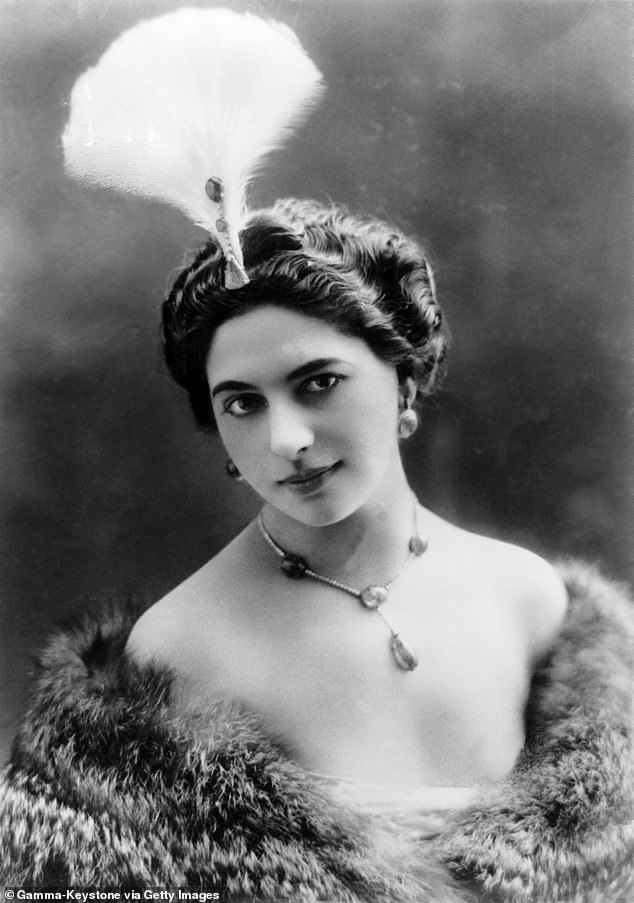 Hari was born Margaretha Geertruida Zelle to a prosperous Dutch family in 1876. Above: The dancer is seen wearing a feather hat in 1900 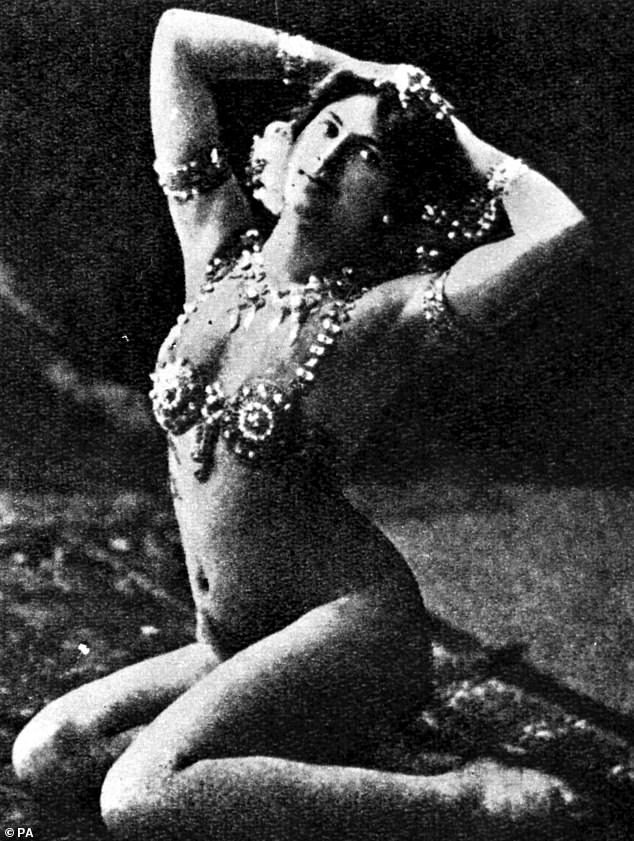 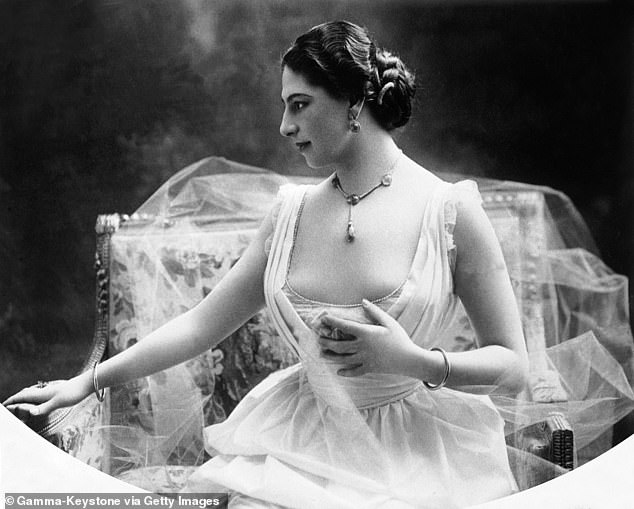 Hari is seen in 1900 posing for a portrait whilst wearing a white dress. The dancer became famous across Europe

‘Worse yet, she admitted to having a lover. Women like that were immoral and not to be trusted.’

A British intelligence officer in Holland then aired rumours about payments to her from the German embassy.

He added: ‘One suspects her of having gone to France on an important mission that will profit the Germans.’

Once back in Paris, Hari resumed her glamorous life and had dalliances with men in uniform. She was not aware that she was being tailed by two secret policemen.

Her letters were steamed open, porters were questioned and waitresses and hairdressers collected evidence on her love life. 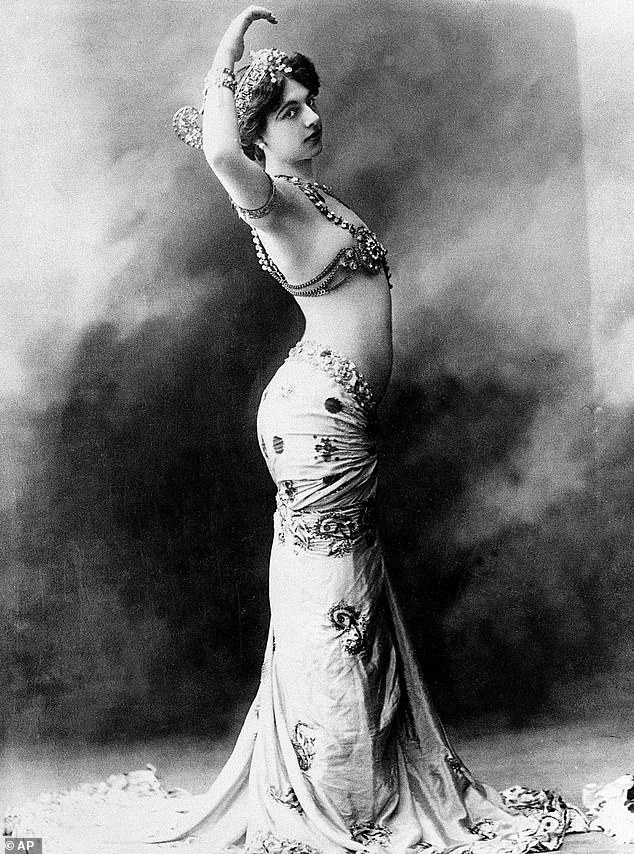 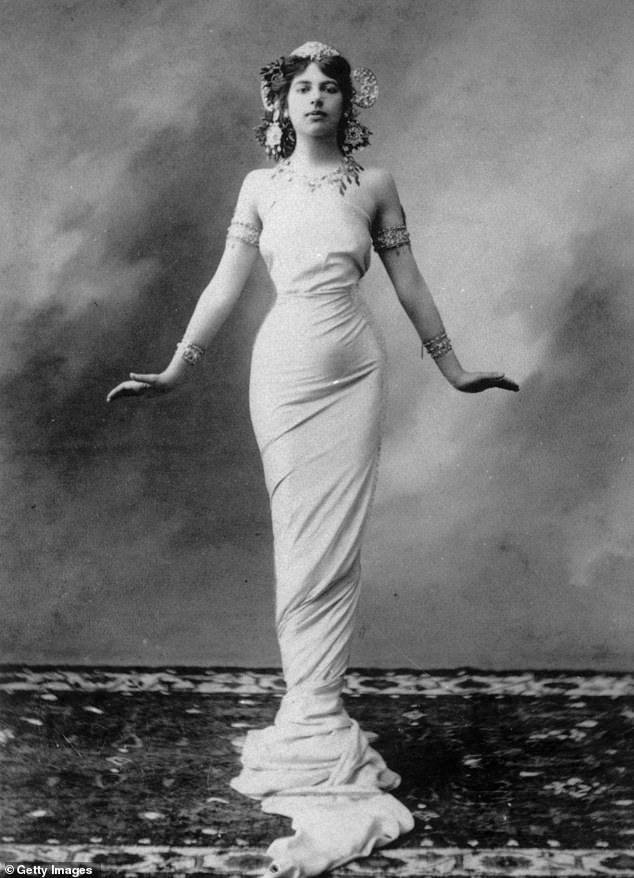 Hari is seen posing in a white dress in 1905. She was arrested in 1917 and executed for alleged spying

Then, the head of French intelligence Captain Georges Ladoux forced her to promise to enlist as a spy for France, in return for him allowing her to visit her Russian lover in the town of Vittel, which was in an area beset by fighting.

But Ladoux and Britain were still convinced she was a German spy.

After spending time with her lover in Vittel, she returned to Paris and was sent on a mission to German-occupied Belgium.

When Belgium proved impossible to reach, she went to Spain and turned her charms on a German intelligence officer.

After he told her secrets about German manoeuvres in North Africa, she passed the information on to Ladoux.

But Ladoux used her meetings with Kalle to claim that she was handing over French secrets to the enemy. 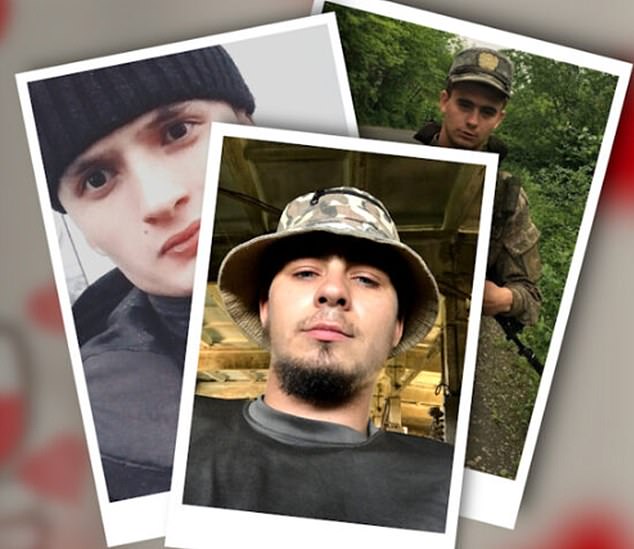 This week, it was revealed that a Ukrainian teenage girl had echoed Hari’s exploits by using a dating app to track down Russian troops and expose where they were based. Above: The men the girl, named Lisa, targeted

She was arrested, tried and found guilty of revealing information about the British construction of the then-revolutionary tank.

Hari was sentenced to death by firing squad.

On the day that she was shot dead, she donned black stockings, high heels and a velvet fur-lined cloak before declaring, ‘I’m ready’.

She was taken to an old fort on the outskirts of Paris and faced a firing squad made up of 12 French officers.

Hari is said to have refused the offer of a blindfold, declaring: ‘Must I wear that?’