After sealing a lucrative deal while working abroad, it’s not unusual for British businessmen to celebrate their good fortune with a cocktail or two in a nightclub or enjoy a flutter at a casino.

But as the new Cold War hots up, security chiefs have warned executives travelling to Russia and China that getting drunk, gambling or womanising could see them fall victim to a devious honeytrap.

The advice to avoid ‘risky business’ is contained in a guidebook produced for some of the UK’s biggest firms, revealed for the first time today by The Mail on Sunday.

Published by the Centre for the Protection of National Infrastructure – a Government security agency that reports directly to the head of MI5 – it lists the sort of ‘inappropriate activities’ that, even if not illegal at home, can ‘have a lasting impact on you personally’.

Travellers are warned that excessive drinking, substance abuse, gambling, changing money on the black market, online dating and ‘flirtatious liaisons’ could leave them vulnerable to blackmail – or cause ‘reputational damage’ to the UK as well as their employer. 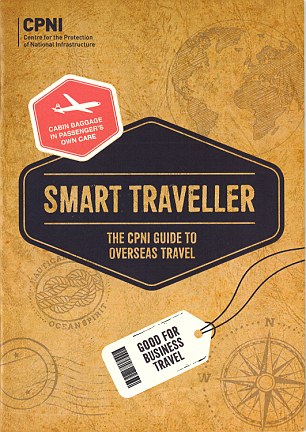 As The Mail on Sunday revealed last month, top BBC journalist John Simpson was targeted in a Czech honeytrap during the Cold War, while glamorous Russian secret agent Anna Chapman married a British man before being arrested for spying in New York.

The Smart Traveller booklet has been quietly distributed to companies that do a lot of work overseas, particularly in countries such as Russia and China.

It tells staff of organisations that hold ‘sensitive assets’ that they are ‘more at risk of espionage, intellectual property theft and a range of other threats’.

Keeping electronic gadgets in hand luggage rather than in the hold of an aircraft can reduce the chances of them being tampered with.

Even wearing seemingly innocuous items of clothing – such as a favourite football team’s shirt or a baseball cap bearing a company logo – ‘can be a conversation starter to someone who might have malicious intentions’. 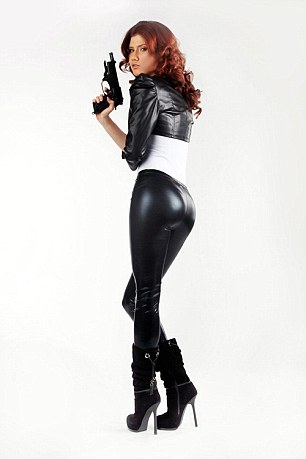 The guide also urges travellers not to ‘make it easy for those with malicious intent to follow your steps’ by putting updates on social media revealing their location.

On arrival, passengers are urged not to give away too much information on landing cards.

Giving your job title as ‘head of nuclear capability at important infrastructure’ might ‘raise an interest in you’.

While abroad, CPNI advises businessmen not to look ‘like a lost tourist’, to vary their daily routine in case they are being tailed, and to keep a low profile by avoiding street protests or places where filming is taking place.

Hotel safes, meanwhile, ‘should not be trusted for storing sensitive or personal information as they may be defeated by capable adversaries’, and confidential discussions should not be held on public transport or in lifts in case they are overheard by people who ‘may understand English even if they appear not to’.

In addition, returning travellers are told to change passwords for any gadgets or online accounts they used while overseas.