How much YOU are paying for former prime ministers

$300,000 on offices, $40,000 on chauffeur-driven cars and $4K phone bills: How much YOU are paying for our last six prime ministers and three surviving wives in retirement

Australian taxpayers shelled out almost $400,000 over three months to pay for the expenses of six former prime ministers and three surviving wives.

As a reward for their service and to help pay for ongoing work, former leaders can claim for their office rent and administration, domestic flights, chauffeur-driven cars and even phone bills.

Malcolm Turnbull (pictured with wife Lucy) is the most expensive former leader, claiming $90,711.12 in the three month period 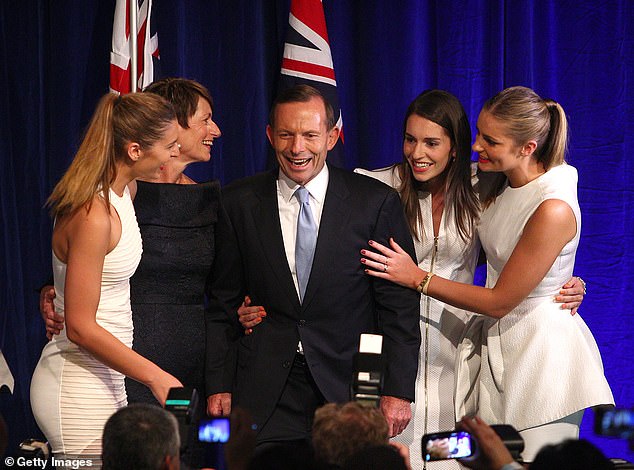 Tony Abbott (pictured with his family after his 2013 election win) claimed the biggest phone bill at $1,187.49

Mr Turnbull is the most expensive former leader, claiming $90,711.12 in the three month period.

Julia Gillard claimed the least, charging taxpayers $113,208 over the year.

The biggest expense is the leaders’ current offices, with taxpayers forking out a total of $310,656.26 for the six former prime ministers from January to March.

Mr Turnbull’s Sydney office bill was the most expensive, costing $85,830.82 to rent. 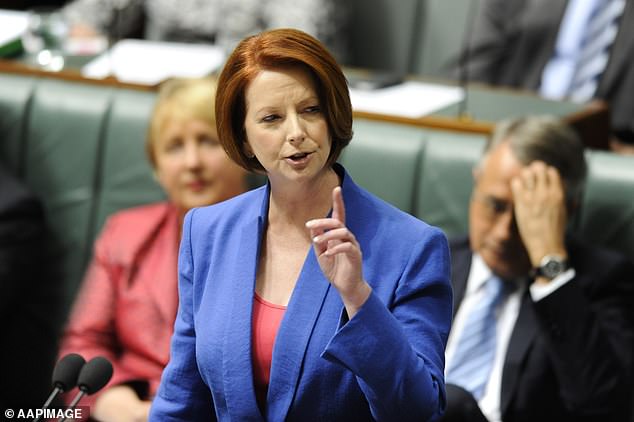 Julia Gillard claimed the least over the year to April 2021, charging taxpayers $113,208

He also charged taxpayers $2,348 for subscriptions to various news websites including a $174.99 donation to The Guardian, a free left-wing news website.

Including Mr Turnbull’s backdated claims, the total bill for car costs for the six former prime ministers came to $39,311.58.

Mr Abbott claimed the biggest phone bill at $1,187.49 while Kevin Rudd declined to claim anything for his calls and texts.

Since when have former PMs been allowed to claim expenses?

A travel ticket called the ‘Life Gold Pass’ was first created in 1918 to provide unlimited rail travel for serving and former politicians.

In 1990 Bob Hawke passed the Parliamentary Entitlements Act which set out politicians’ salaries and expenses and the provision of entitlements to former Members and Senators.

It also allowed former prime ministers to claim ‘a number of facilities at the discretion of the prime minister of the day’ – such as domestic travel, car costs, office facilities, phone bills and family travel.

In 2017 Malcolm Turnbull scaled back the ‘Life Gold Pass’, only allowing former prime ministers access to the scheme.