By Jane Wharton For The Mail On Sunday

She’s long been the toast of Hollywood, starring in a string of box-office hits and some of the most talked-about TV series for years.

But despite her career going from strength to strength, Oscar-winner Nicole Kidman reveals today how she had to take on ageist studio executives who wanted to throw her on the scrapheap – in her 40s.

In an interview with The Mail on Sunday’s You magazine, Nicole, 54, tells how she was eventually forced to set up her own production company to make the kind of films women want to see and that she could also star in.

‘I was frustrated – as so many women are in different careers – at the idea of being told, “Well, that’s it. You’ve passed through that period where it’s all going to be fine and now you’re in your 40s we’re not interested as much in your storytelling or your ideas or in who you are as a woman or a person.” ’

Blossoming career: Nicole Kidman for You magazine. In an interview, Nicole, 54, tells how she was eventually forced to set up her own production company to make the kind of films women want to see and that she could also star in

The sudden drying up of plum roles coincided with her giving birth in 2008, aged 41, to daughter Sunday and her contemplating quitting acting altogether.

Nicole reveals how she and her husband, country singer Keith Urban, were told they had only a one per cent chance of having a baby together. ‘Giving birth was like the end of the chapter for me. I thought, “Oh well, this is where I go now.” ’

But her mother Janelle, a former nurse, would not allow her to entertain thoughts of walking away from Hollywood.

‘She would say, “Nicole, you’re an artist and you shouldn’t just leave that behind. You should keep something back because at some point you may want to go back there again.” ’

It proved to be wise advice. In recent years, Nicole has starred in Big Little Lies and the massive lockdown hit The Undoing. In the latter, she played the super-rich wife of a cancer doctor (Hugh Grant) accused of murdering a woman he is having an affair with.

The actress is now returning to our screens in the Amazon Prime drama Nine Perfect Strangers. Based on a novel by her friend Liane Moriarty, it’s about nine people trying to come to terms with traumas – and all are booked into a wellness retreat in Byron Bay, New South Wales. Nicole plays a mesmeric guru called Masha. 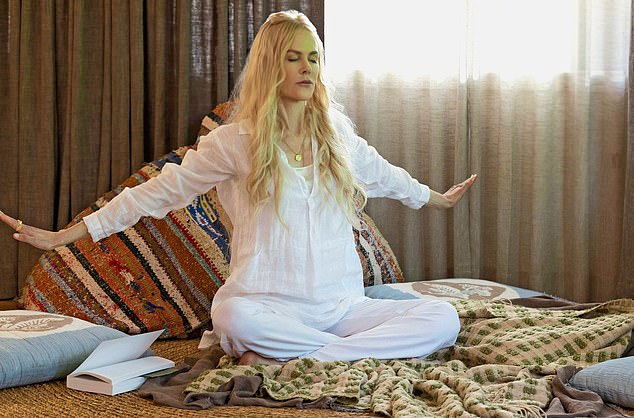 Nicole in Nine Perfect Strangers. The Oscar-winner reveals today how she had to take on ageist studio executives who wanted to throw her on the scrapheap – in her 40s 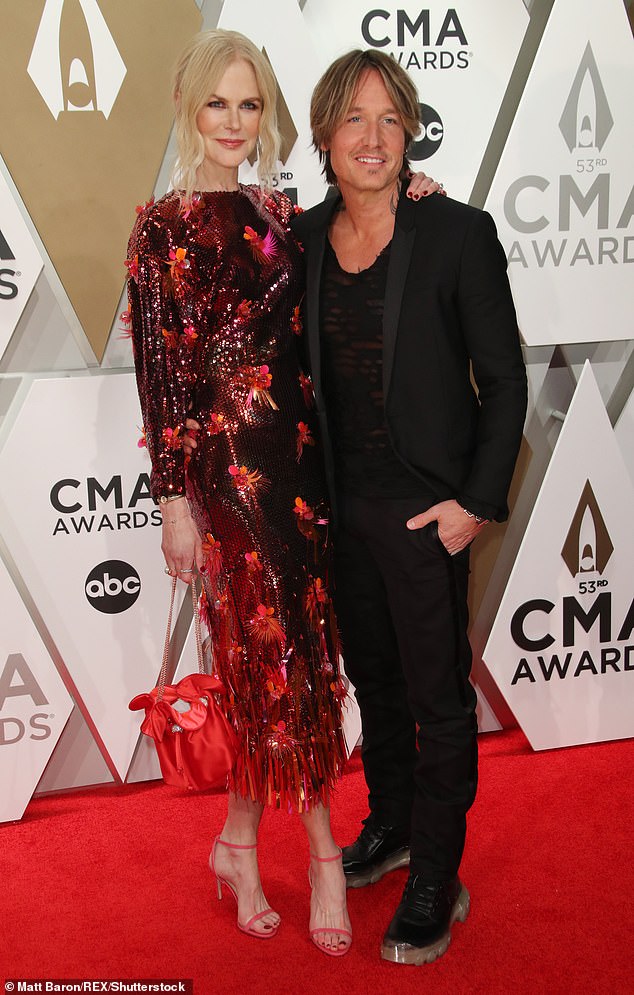 Nicole with husband Keith Urban. She reveals how she and the country singer were told they had only a one per cent chance of having a baby together

Nicole lives in Sydney, where she grew up, and says she prefers to be in Australia to be near her 81-year-old mother. Sunday, now aged 13, and youngest child Faith, ten, join their mother on set.

There has been much speculation about her relationships with Bella, now 28, and Connor, 26, whom she adopted with her first husband, Tom Cruise, who is a Scientologist.

Nicole says they had banned her from discussing them in public, but adds: ‘They have made choices to be Scientologists and as a mother, it’s my job to love them.’