A heartbreaking photo taken by a firefighter moments after saving a property sums up the exhaustion felt by Australia’s brave emergency service men and women currently battling the blazes in Perth.

Mick Dybac captured the raw black and white shot of fellow Daglish Senior Firefighter David Ellis after the pair managed to salvage a property from the devastating Wooroloo bushfire.

The image personifies the weariness felt by firefighters who have endured the past four days of catastrophic fire, where almost 100 homes have been lost amid winds of almost 80kms per hour.

As Mr Ellis reflects on his heroic deeds, he can be seen placing his hands on his knees, with a fire hose and helmet nearby. 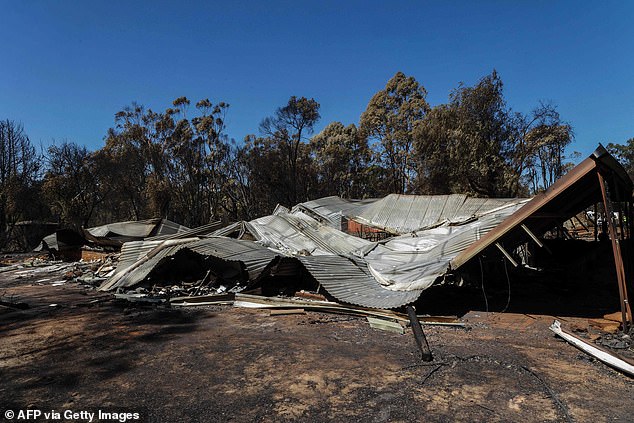 The devastating fires have so far seen 81 homes destroyed (pictured a property in Gidgegannup, some 40 kilometres north-east of Perth) 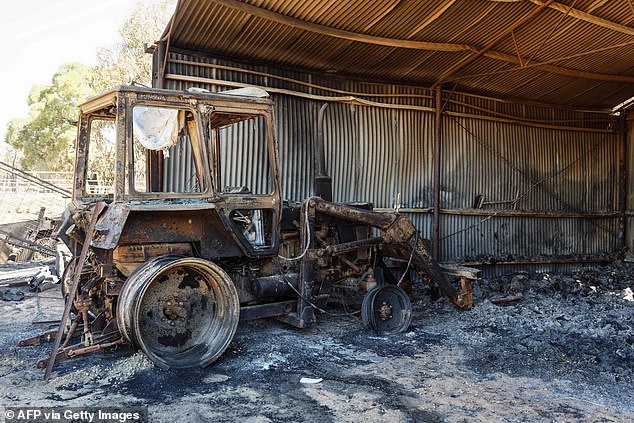 In the background stands a stationary fire truck and a Wooroloo property, both of which are covered in a layer of thick smoke, the West Australian reported.

As of Friday morning, 81 properties were destroyed, with close to 11,000 hectares of land burned.

Firefighters worked through the night in a bid to contain the bushfire raging north-east of Perth.

The ABC reported winds have been consistently blowing from Perth’s east-south-east, which allowed firefighters to focus on the north-western side of the fire.

Department of Fire and Emergency Services Superintendent Peter Sutton praised the diligence of his workers.

‘There is still is a chance around Shady Hills and Walyunga, the Avon Ridge that we could have breakouts. 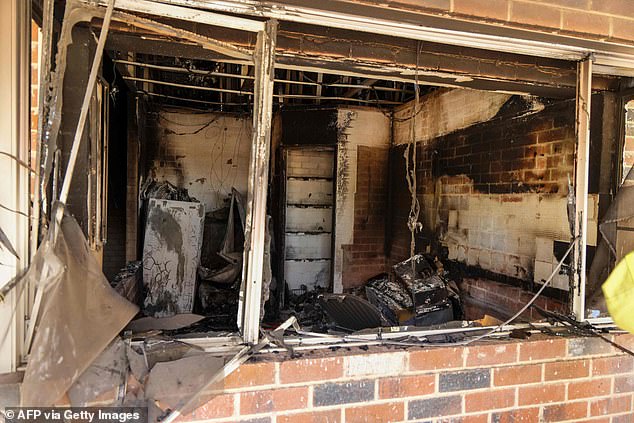 The remains of a kitchen in a house (pictured above) after bushfires in Gidgegannup, some 40 kilometres north-east of Perth 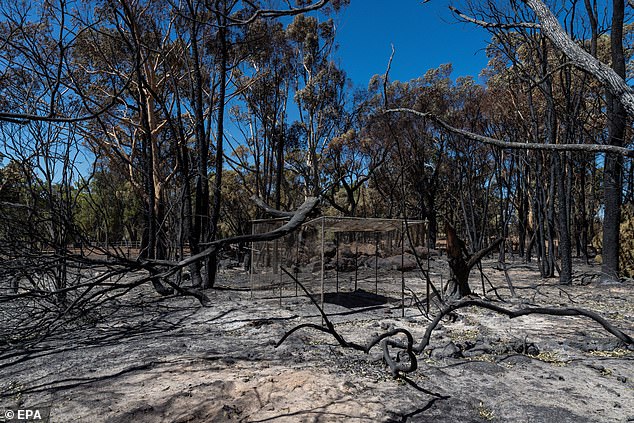 Close to 11,000 hectares of land (pictured above) has been burned during the blazes this week in Perth

‘We will have firefighters and machinery working to consolidate containment lines throughout those areas.’

‘I’d like to get a message out that that fire is suspicious, so if anyone does have any information on that fire or dash-cam footage, could they please call Crimestoppers,’ Superintendent Sutton said.

‘It is really quite astounding that someone would possibly light a fire on a total fire ban day or any day in these conditions.’