How one woman used plastic wrap to insulate her property saving a whopping $20,000

The heating hack every homeowner should know: How one woman used plastic wrap to insulate her property – saving almost $20,000

A woman whose home was dripping in condensation and beginning to gather black mould used a simple hack to insulate her home – saving her almost $20,000 (AUD).

Columnist Kylie Klein-Nixon, who lives in the chilly peaks of Wellington, New Zealand, was constantly having to mop up condensation which trickled down her windows and onto her sills and floors.

After spending hundreds of dollars on several professional cleans, Ms Klein-Nixon said she a discovered an ingenious hack that has saved her thousands of dollars.

Stuff Homed Columnist Kylie Klein-Nixon, (pictured) who lives in the chilly peaks of Wellington, New Zealand, was constantly having to mop up condensation that endlessly trickled down her windows and onto her sills and floors

After a simple Google search she found she could buy a window insulator kit, which included sheets of plastic film and tape, for $33.36 (AUD) at her local Mitre 10.

All she had to do was fit the film to her windows, secure it there with the tape and use a hairdryer to smooth out the creases.

In an article penned for Stuff, Ms Klein-Nixon said she was skeptical about the product but after trying it she was delighted with the results.

She added that her views of her garden and surrounding mountains were unspoiled by the plastic.

She said the make-shift insulation started working immediately and the next morning the room was completely dry.

‘The frame I’d covered was bone dry and not too cold to the touch. I could also see through it perfectly well, too,’ she wrote in her column.

She then added that the control window that she had not covered was ‘soaking wet’. 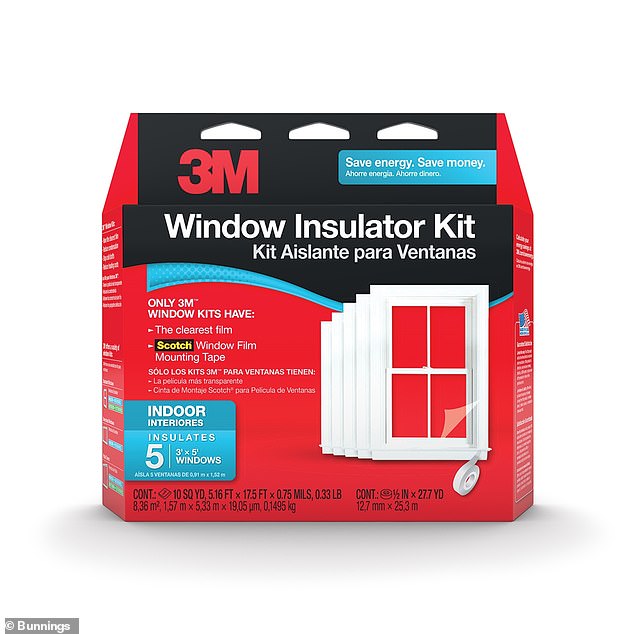 The kit cost just $33.36 at Ms Nixon’s local Mitre 10. It includes a roll of plastic film and two rolls of double sided tape

The genius idea saved Ms Nixon around $19,000 (AUD), which is the cost of having double glazing fitted.

According to Builderscrack.co.nz spokesman Jeremy Gray, the double glazing not only provides insulation but blocks noise too.

But the process can take weeks, comes with the hefty price tag and can require remodeling of your internal walls.

Ms Nixon states that while she may consider the glazing for the future, she’s ‘happy, snug and dry’ using the cling wrap for now. 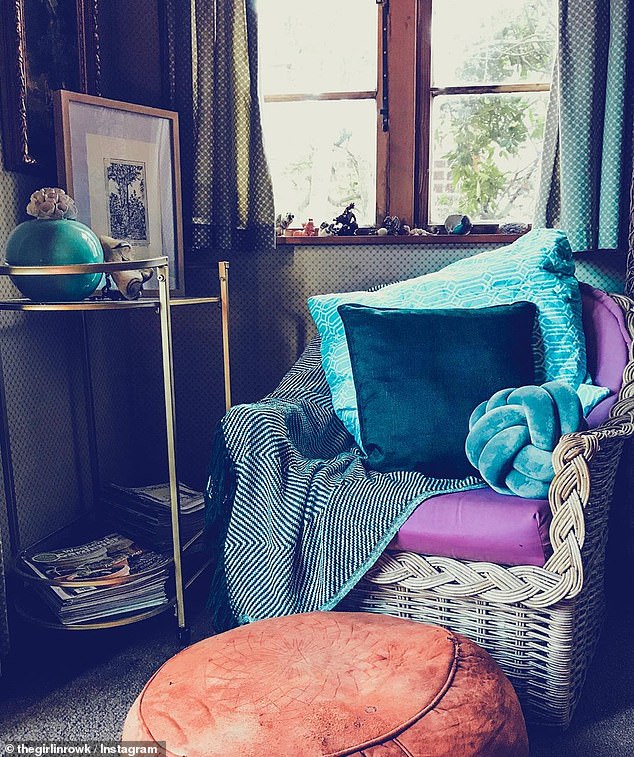