When Piers Morgan joined Good Morning Britain in November 2015, the ITV breakfast show was still struggling to outshine its predecessor.

It consistently had low ratings despite a £1.5million launch and high-profile signings such as Susanna Reid from BBC Breakfast, averaging around 560,000 viewers per episode.

Morgan joined the presenting team following a successful five-episode stint in April, and helped rocket the ITV show to its ‘highest ever’ viewing figures – which saw an audience of 1.65million people tune in last Monday.

But after a six-year career with Good Morning Britain, ITV today announced the tough-talking morning show host has sensationally quit his role. 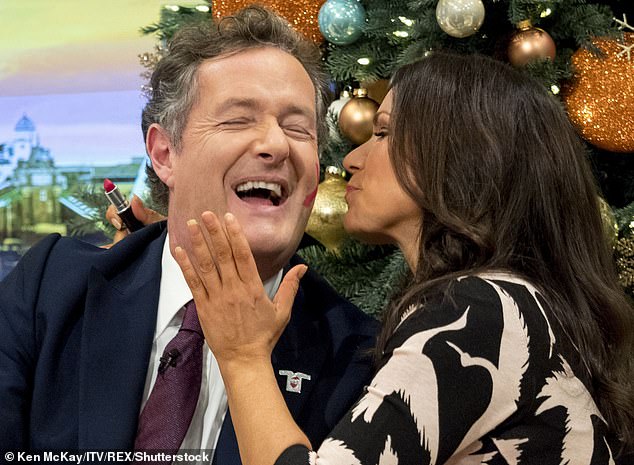 Morgan joined the cast following a five-episode stint in April, and helped rocket the ITV show to its ‘highest ever’ viewing figures – which saw an audience of 1.65million people tune in last Monday. Pictured: Morgan with co-host Susanna Reid

A statement added: Following discussions with ITV, Piers Morgan has decided now is the time to leave Good Morning Britain.

‘ITV has accepted this decision and has nothing further to add.’

Morgan received a backlash on Twitter after saying he ‘didn’t believe a word’ of Meghan Markle’s bombshell Oprah interview – in which the Duchess said she felt like she ‘didn’t want to be alive anymore’.

Today the UK’s television regulator Ofcom confirmed it would launch an investigation into the comments following a flurry of complaints – driven by a social media campaign against the former newspaper editor, who is MailOnline’s editor-at-large.

Morgan’s resignation from Good Morning Britain marks the end of the latest chapter in his extraordinary career, during which he helped a struggling breakfast show grow into an undeniably popular must-watch. 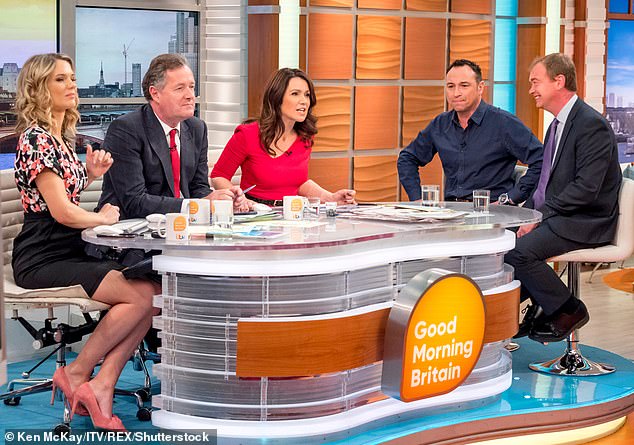 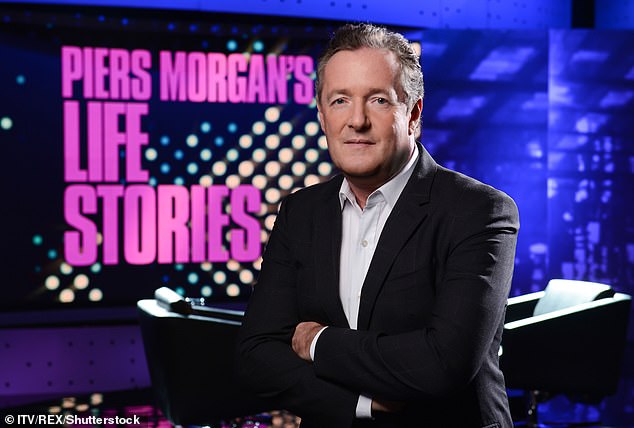 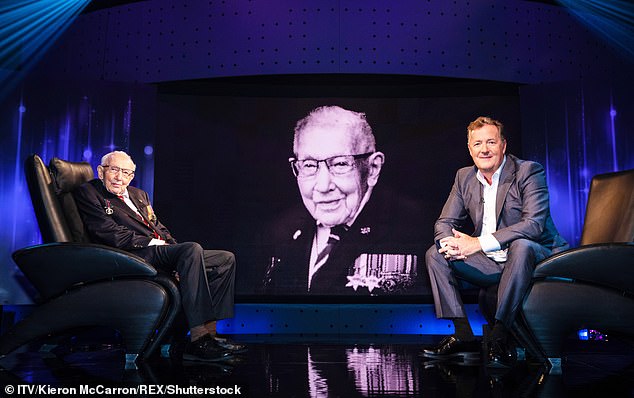 On March 1, the ITV show achieved its highest-ever share of viewers at a record 28.5 per cent. The total viewers peaked at 1.65million at around 8.40am.

Piers joined GMB, which succeeded Daybreak as ITV’s flagship breakfast programme, a year after it was launched in 2014.

His co-host, Susanna, had already been presenting since production began alongside Charlotte Hawkins, Sean Fletcher and Ben Shephard.

‘I am very excited at the prospect of waking up at 3am every morning, and even more excited by the thought of how annoying Susanna is going to find me after a few months,’ Piers said at the time.

Piers and Susanna were fast friends, often praised for their chemistry with the latter once explaining that the connection between them was ‘instant.’

Susanna, 50, told the Sun in October 2017: ‘He totally wound me up from the moment he joined Good Morning Britain, nearly two years ago.

‘He’s the most annoying man I’ve ever met, but I find working with him exhilarating.

‘Yes, he drives me nuts, but he also makes me laugh – and when the chips are down, and there’s a big news story breaking or we’re doing a controversial interview with a politician, I trust him.’ 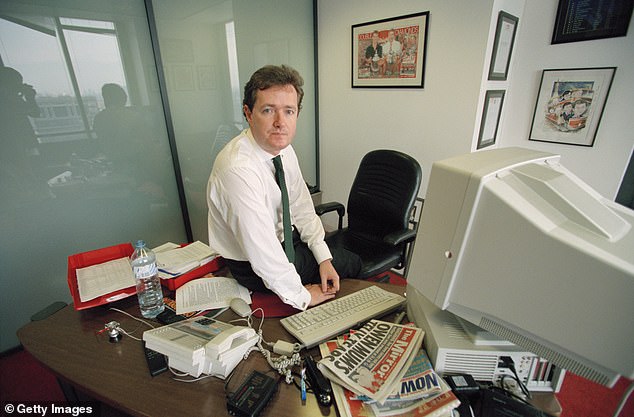 Piers was editor of the Daily Mirror from 1995 to May 2004, when he was sacked by the paper 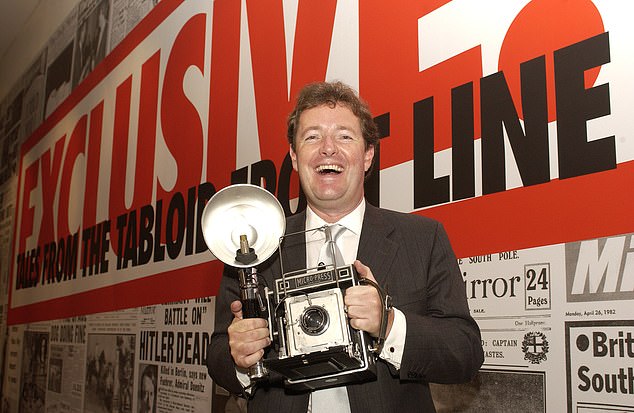 Pictured: Piers opening an exhibition at the Science Museum while editor of the Mirror 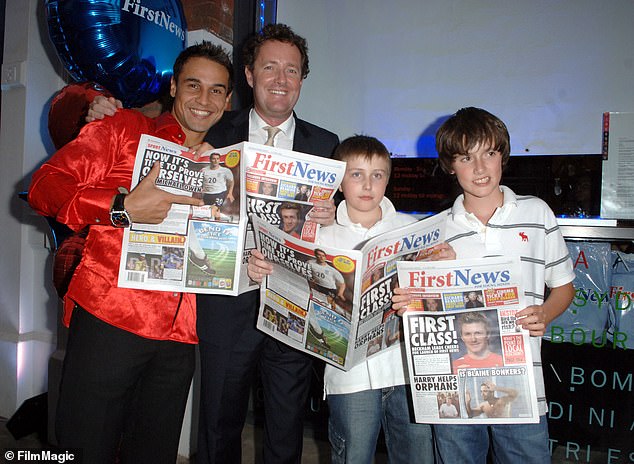 He later launched First News in May 2006, a weekly newspaper aimed at seven to 14-year-olds 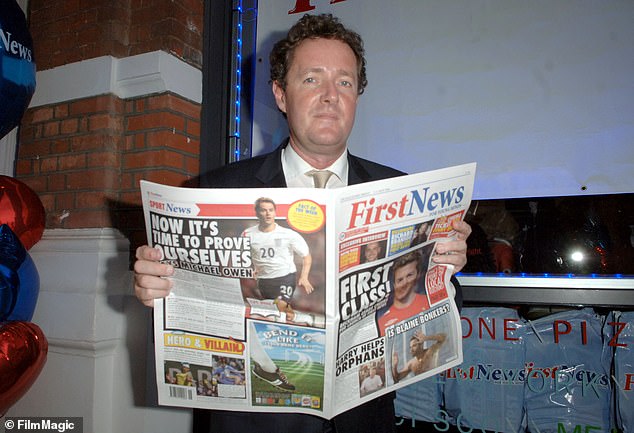 Pictured: Piers at the launch of First News, a newspaper for teenagers, in London

But for millions of Britons he was must-see TV, celebrated for his no-nonsense approach and for holding Ministers to account throughout the Covid-19 pandemic.

Prior to his six-year stint on Good Morning Britain, Piers made his name in newspapers, launching his career in local papers before landing a showbiz column, Bizarre, at the Sun.

In 1994, he became the youngest national newspaper editor in half a century when he rose the ranks of the News of the World at 29.

By the next year, he joined rival tabloid the Daily Mirror.

But Piers was sacked ‘with immediate effect’ in May 2004 after the newspaper published false images which alleged to show Iraqi prisoners being abused by British soldiers.

The photographs were proven to be fakes within days, and the Mirror claimed it had fallen victim to a ‘calculated and malicious hoax’. 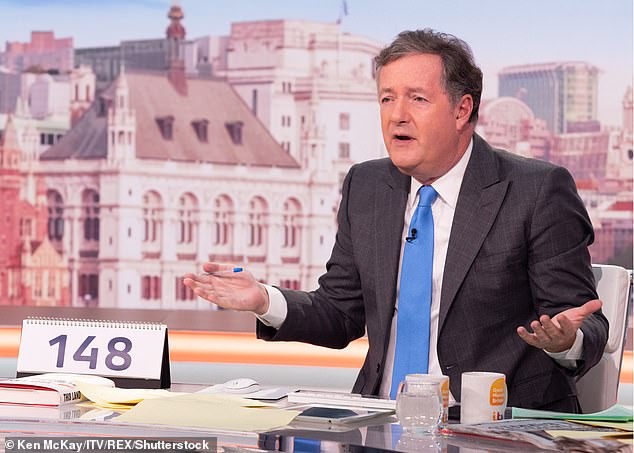 For countless Britons, he was must-see TV, celebrated for his no-nonsense approach and for holding Ministers to account throughout the Covid-19 pandemic 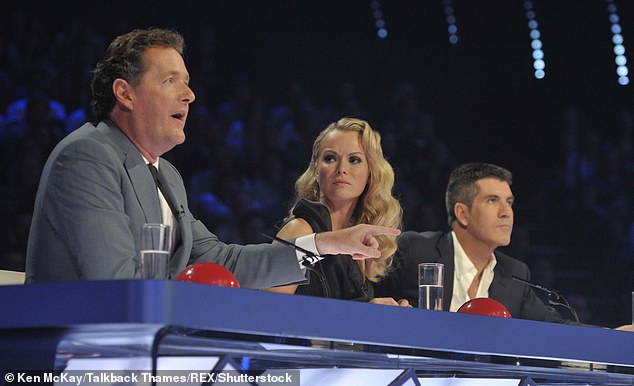 Outside the world of journalism, Piers has also appeared as a judge on America’s Got Talent in 2006 and later on the British version of the show (pictured) 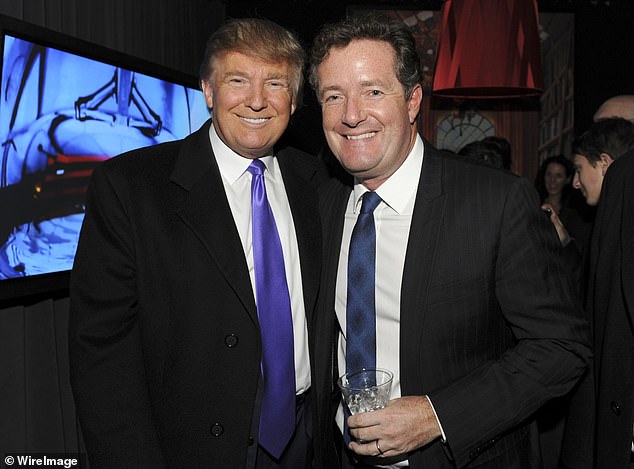 He also won the US Celebrity Apprentice in 2007, which featured former US President Donald Trump. Pictured: The pair in 2010

Piers began a career in television long before departing the Mirror, but reinvented himself as a CNN presenter in the US where he already had a significant following due to his work on America’s Got Talent.

He replaced television and radio host Larry King in the network’s evening line-up with his show Piers Morgan Live, which began in January 2011 before ending its run  due to falling ratings in March 2014.

The show, which launched in 2009 and is ongoing, allows Piers to chat one-on-one to high-profile celebrities. 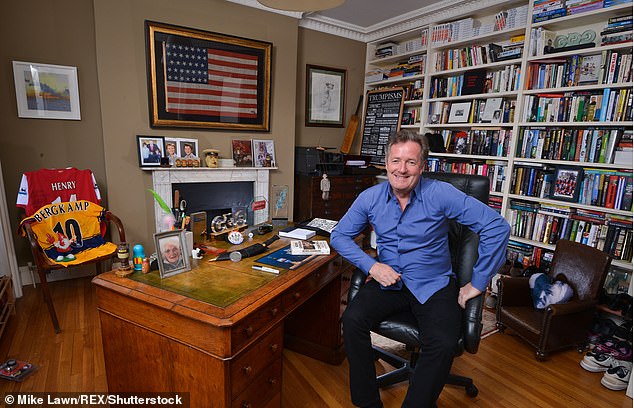 Moving on from his past success, and today’s departure from GMB, Piers remains a highly popular MailOnline columnist in both the UK and US 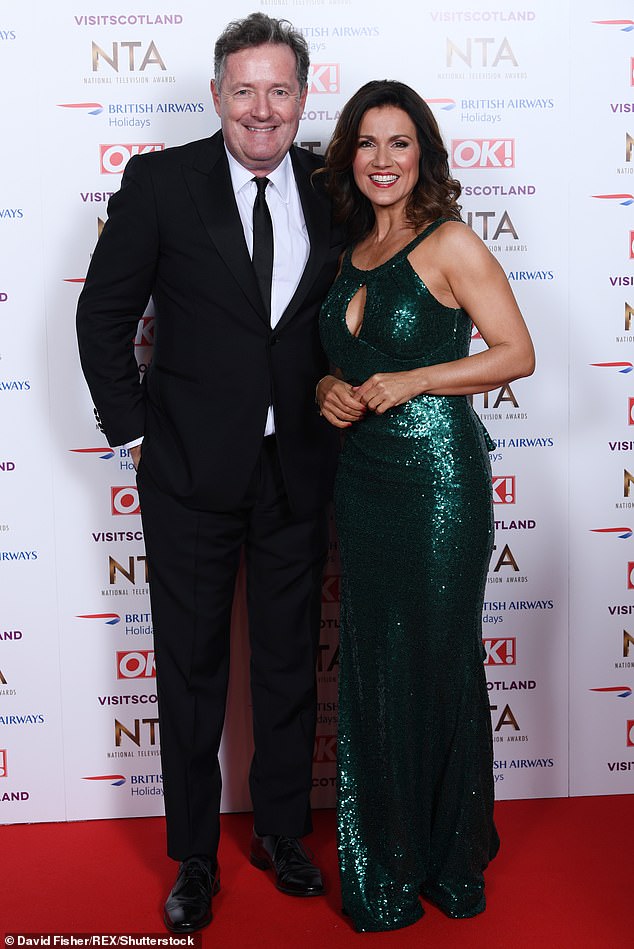 Morgan was often praised for his chemistry with co-host Reid throughout his time at Good Morning Britain, with the latter once explaining the connection between the pair was ‘instant’

Recent guests have included Elton John, Rod Stewart and Captain Tom Moore – who raised millions for the NHS in a charity walk during the Covid-19 crisis.

He also won the US Celebrity Apprentice in 2007, which featured former US President Donald Trump.

Moving on from his past success, and today’s departure from GMB, Piers remains a highly popular MailOnline columnist in both the UK and US.

He was appointed editor-at-large of the publication’s US operation in September 2014.