How safe is your defined benefit pension scheme?

They are often described as ‘gold-plated’ or ‘guaranteed’. They are certainly ‘generous’. These days they are as rare as hens’ teeth. But the recent crisis that hit the pensions industry following Kwasi Kwarteng’s disastrous mini-Budget in late September has raised concerns about how safe defined benefit company pension schemes really are.

The meltdown, which prompted the Bank of England to prop up markets, revealed an astonishing and previously unknown level of leverage – borrowing – hidden in the company pensions system.

Financial watchdogs admit they were unprepared for the sudden sell-off in gilts (Government IOUs) which caused company pension funds to sell assets at fire-sale prices as investors took fright at the unfunded tax cuts put forward by Kwarteng.

Regulators now admit they did not know the scale of leverage that had built up as a result of liability-driven investment (LDI) strategies used by pension funds – designed to keep their funding levels healthy so they can meet the future payouts promised.

Just a few months ago, hardly anyone, including pension fund trustees charged with protecting members’ interests, had heard of LDIs.

It was ‘an acronym few of us knew about but now many of us have read about’, says Lord Hollick, co-chair of the House of Lords economic affairs committee. His committee has now put in train an inquiry into what went wrong, one of several under way.

The chaos has caused the value of many pension funds’ assets to plunge. So should the ten million members of these ‘defined benefit’ schemes be worried? And if they are, what, if anything, can they do about it?

A QUICK RE-CAP OF HOW WE GOT HERE

Until ten years ago, were commonplace.

Payouts are based on how many years an employee has worked and, usually, their final salary at retirement. Once retirement income is taken, it is typically linked to inflation until you die.

Crucially, the investment risk of such schemes is borne by the employer. That means employers have a financial and legal duty to pay a pension promised, as and when it falls due.

As more of us live longer, this has become increasingly expensive for most companies to meet.

As a result, many have closed these schemes – both to new workers and to further pension contributions from those with existing benefits in the plans.

New joiners are now offered cheaper and less generous ‘money purchase’ or ‘defined contribution’ plans instead. Here, the employee takes all the investment risk, with the employer contributing into the plan on the worker’s behalf.

But existing promises by companies to pay pensions in defined benefit schemes still have to be met, on time and in full.

So, for a fee, investment consultants devised LDI strategies for defined benefit pension funds to cap the cost of an estimated £1.4trillion of future pension payouts. By using leverage to boost returns from gilts and other assets such as shares, the companies behind the pension schemes could limit the amount of money they had to put into the plans to plug any funding gaps.

This cost-saving approach proved hugely popular, especially when interest rates were stable and ultralow. Some 60 per cent of the 5,200 defined benefit company pension schemes now use LDIs. 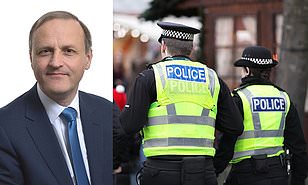 But LDIs came unstuck after the mini-Budget sparked an unprecedented sell-off in gilts, as investor confidence in Liz Truss’s administration ebbed away and the cost of Government borrowing soared.

The sell-off forced many pension funds to sell gilts in order to raise funds quickly to meet cash demands from the banks they had borrowed from.

As the price of gilts fell, a ‘doom loop’ was averted only when the Bank of England organised a £19billion rescue package.

Analysts at JP Morgan initially reckoned the fire sales cost pension funds up to £150billion, though they have since revised that figure by half as markets recovered.

In recent weeks, a number of major businesses have detailed the hit they took. BT’s pension fund, Britain’s biggest defined benefit scheme, says it lost £11billion during the market turmoil.

The value of the telecom giant’s pension fund has slumped by more than £21billion, almost 40 per cent, since June last year, as a result of its LDI strategies.

BT seems comfortable with this, saying its strategy has ‘performed as intended’ and its funding position has not worsened. To be clear there is no danger of any scheme going bust.

Indeed, in the Alice-in-Wonderland world of pensions accounting, many schemes’ funding positions have actually improved because their liabilities have fallen faster than their assets.

Latest figures from the Pension Protection Fund (PPF), which underwrites failed companies’ pensions, show pension funds are in surplus to the tune of £375billion.

In that sense, LDIs did what they were supposed to do, even if the PPF admits it does not have enough data to accurately assess the impact of leveraged LDIs.

‘People really shouldn’t be worried if there are short-term fluctuations in the value of assets held by their defined benefit scheme,’ says Tom Selby, head of retirement policy at investment platform AJ Bell. ‘In fact, this is par for the course when it comes to investing for the long term. The aim is to achieve growth over decades and provide a pension income to members in retirement.’

He adds: ‘What really matters is the financial strength of the company that stands behind the pension scheme.

‘Provided an employer remains solvent, it has a legal obligation to pay the pensions as promised.

‘If your employer goes bust, you may see a cut in the value of your pension, although even then the PPF acts as a valuable lifeboat for defined benefit members.’

Perhaps the real damage caused by the LDI saga is more reputational than financial.

After a series of pension scandals from Robert Maxwell and the Mirror pension fund to Equitable Life and, more recently, BHS and British Steel, consumer trust in pensions, which was already fragile, has been dealt another blow.

But that shouldn’t lead to rash decision-making, Selby warns.

‘While there can be justifiable reasons to transfer out of a company defined benefit scheme, these will generally be linked to personal circumstances rather than the finances of the scheme,’ he says.

He adds that someone who is in ill-health, or wants to prioritise passing money to loved ones efficiently in the event of death, might benefit from a pension transfer.

But in most cases, keeping your defined benefit pension where it is will represent best advice.

As for those in public sector defined benefit pension schemes, LDIs aren’t an issue. The Government will always be there to ensure your promised pension is paid.