This is the spot of isolated bushland where detectives searching for missing dog walker Shereen Kumar found her body wrapped in plastic and dumped.

The reserve is just 2.5km – or four minutes’ drive – down the road from the home she shared with her boyfriend Vincent Carlin on Taylors Road in Dural in Sydney’s northwest.

Carlino is now in custody charged with murdering his girlfriend. He did not apply for bail when he fronted Parramatta Court on Sunday.

He was arrested about 11.30pm on Saturday night, just hours after Ms Kumar’s body was found in the wet shrubs.

Daily Mail Australia understands he did not make a scene or have anything to say to detectives as he was taken away. His lawyer, Elias Tabchouri, said Carlino is still in shock and processing news his girlfriend is dead.

Carlino was the person who sounded the alarm about her disappearance. He called police on Thursday morning, detailing how they’d had an argument the night before and that Ms Kumar left the house in the heat of the fight.

This graphic shows the isolated bushland where detectives searching for model, dog walker and mother Shereen Kumar found her body wrapped in plastic on Saturday 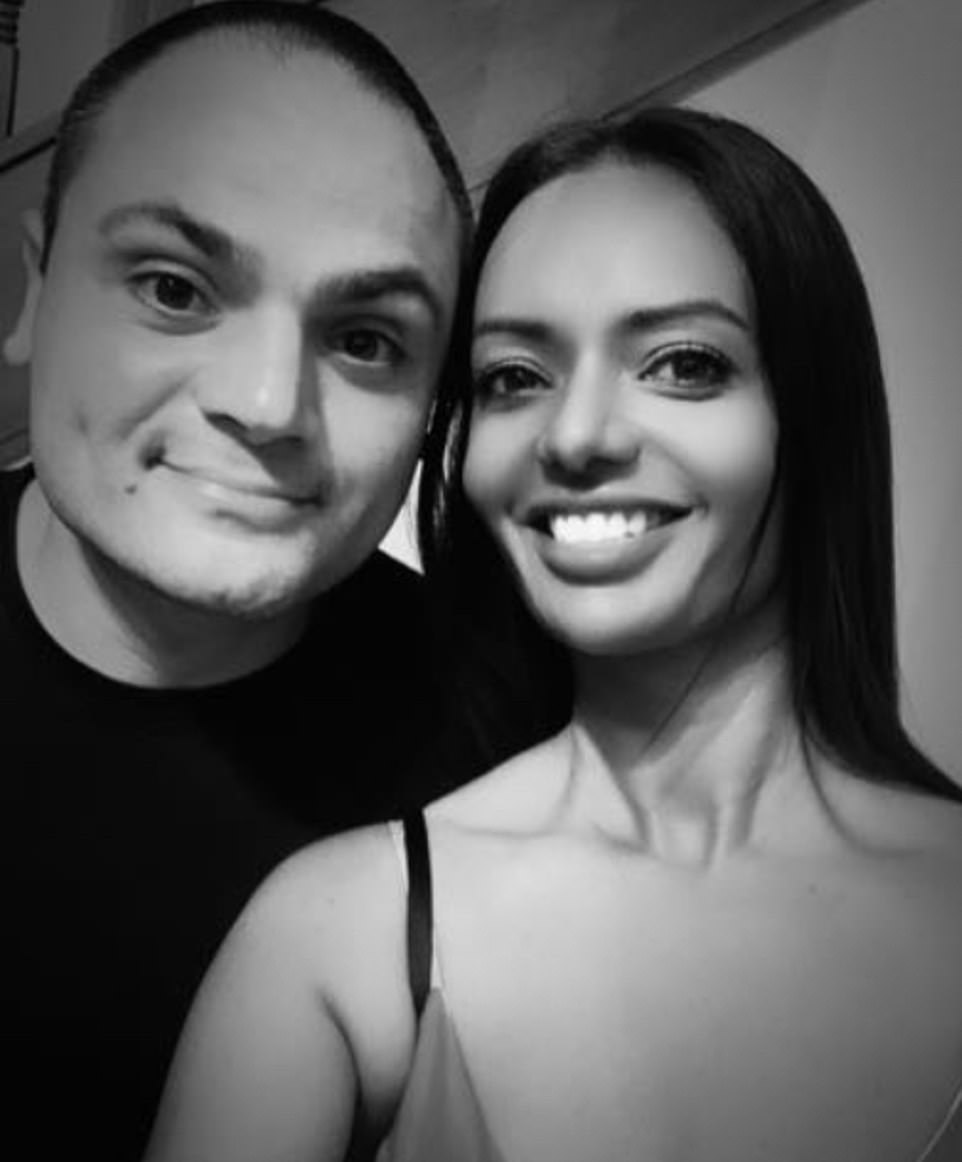 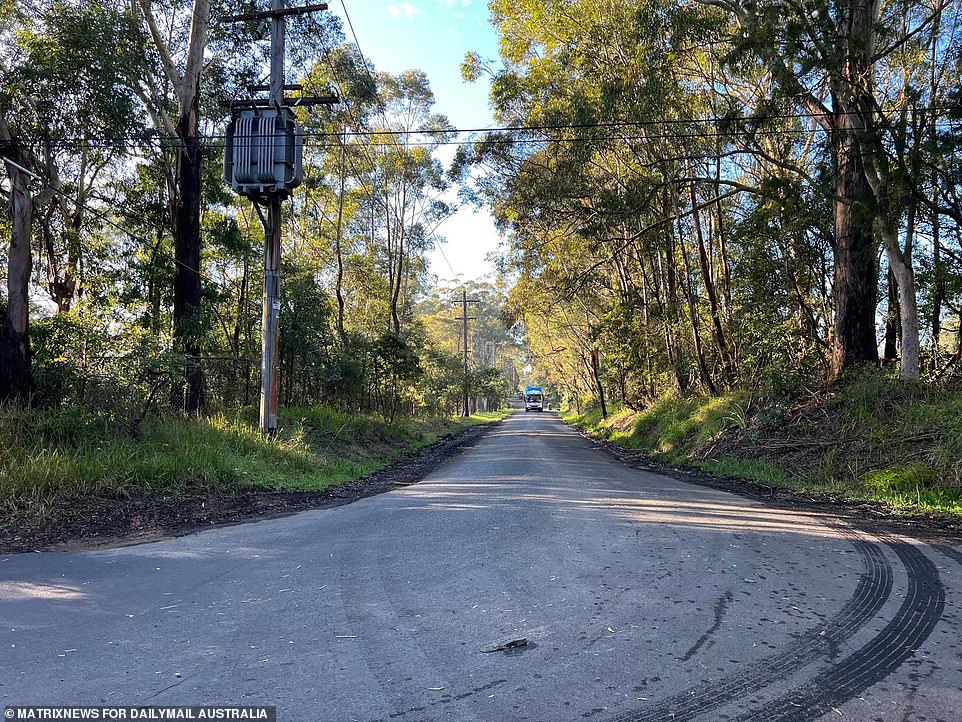 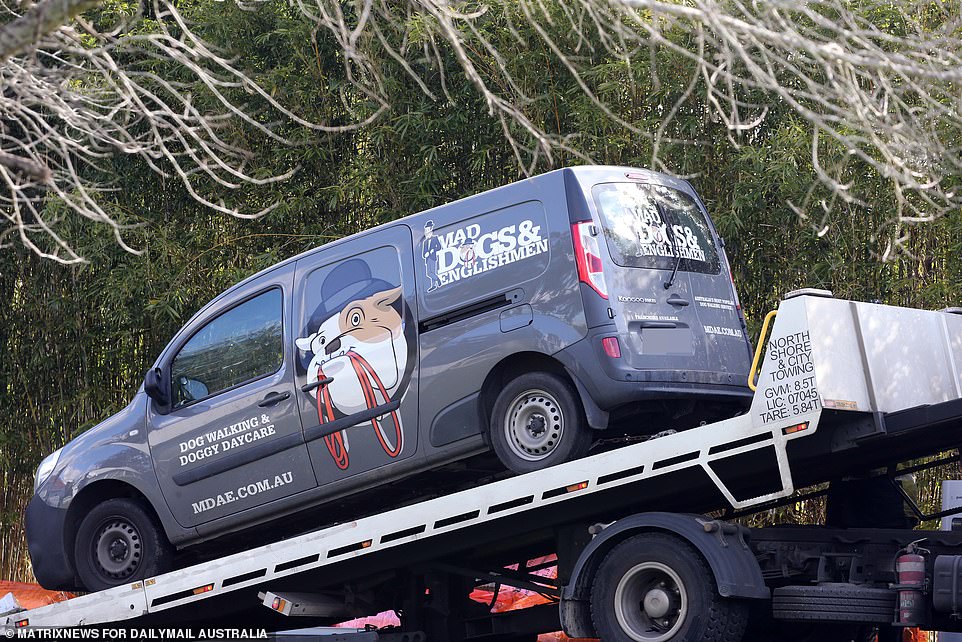 Police had their doubts about his story. The isolated stretch of road the pair lived on is dead quiet at night and, during winter, is pitch black relatively early in the evening.

There are no street lights at any point along the stretch of road and houses are so far back from the street that even dim interior lighting would do little to pave the way if Ms Kumar had slipped out when her boyfriend claims she did.

Rain was pouring heavy on Wednesday night, causing muddy trenches between the road and each home on the street.

Just four minutes drive down the road, where Ms Kumar was found, the terrain is much the same.

Meanwhile on Monday detectives returned to the couple’s tidy semi-detached duplex to continue their investigations.

They only moved in three months ago and were steadily coming to know their immediate neighbours.

Vans belonging to the couple with their dog walking business logos were towed away from the home by investigators on Monday afternoon. 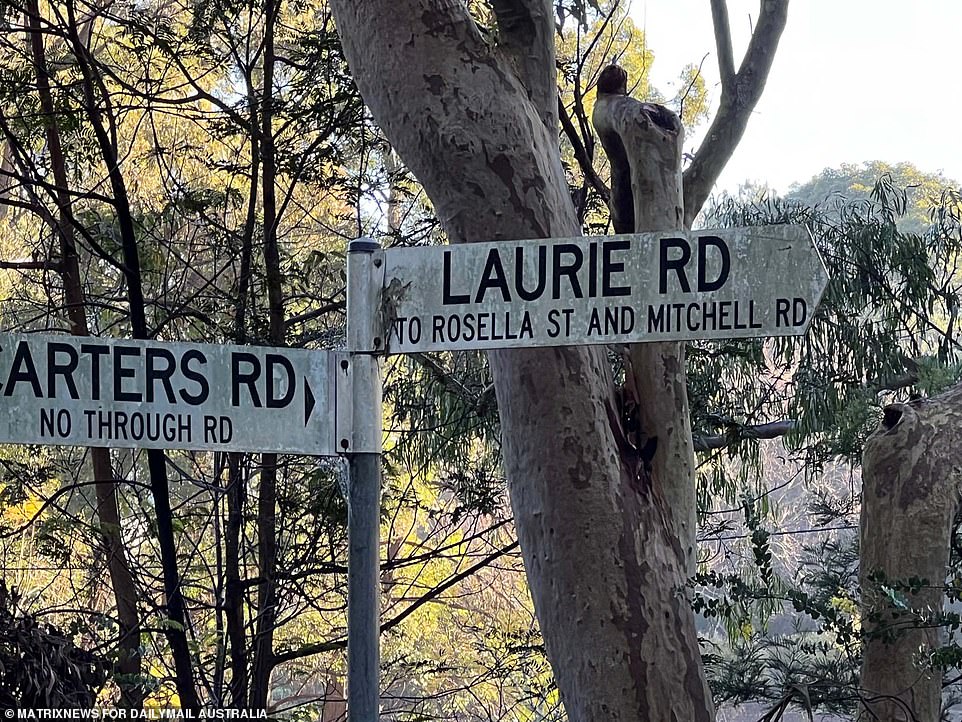 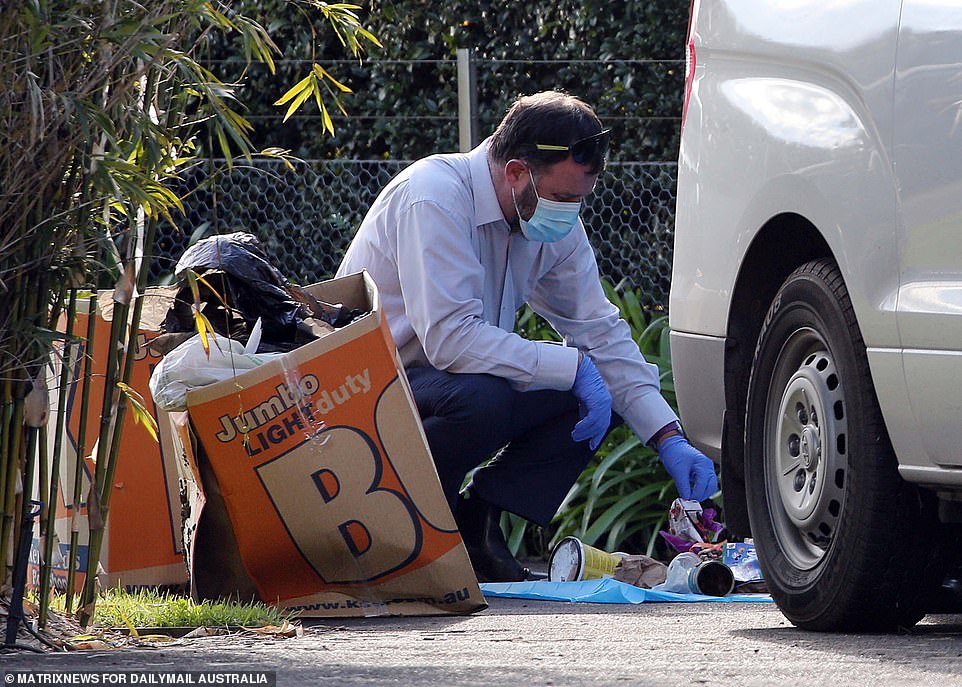 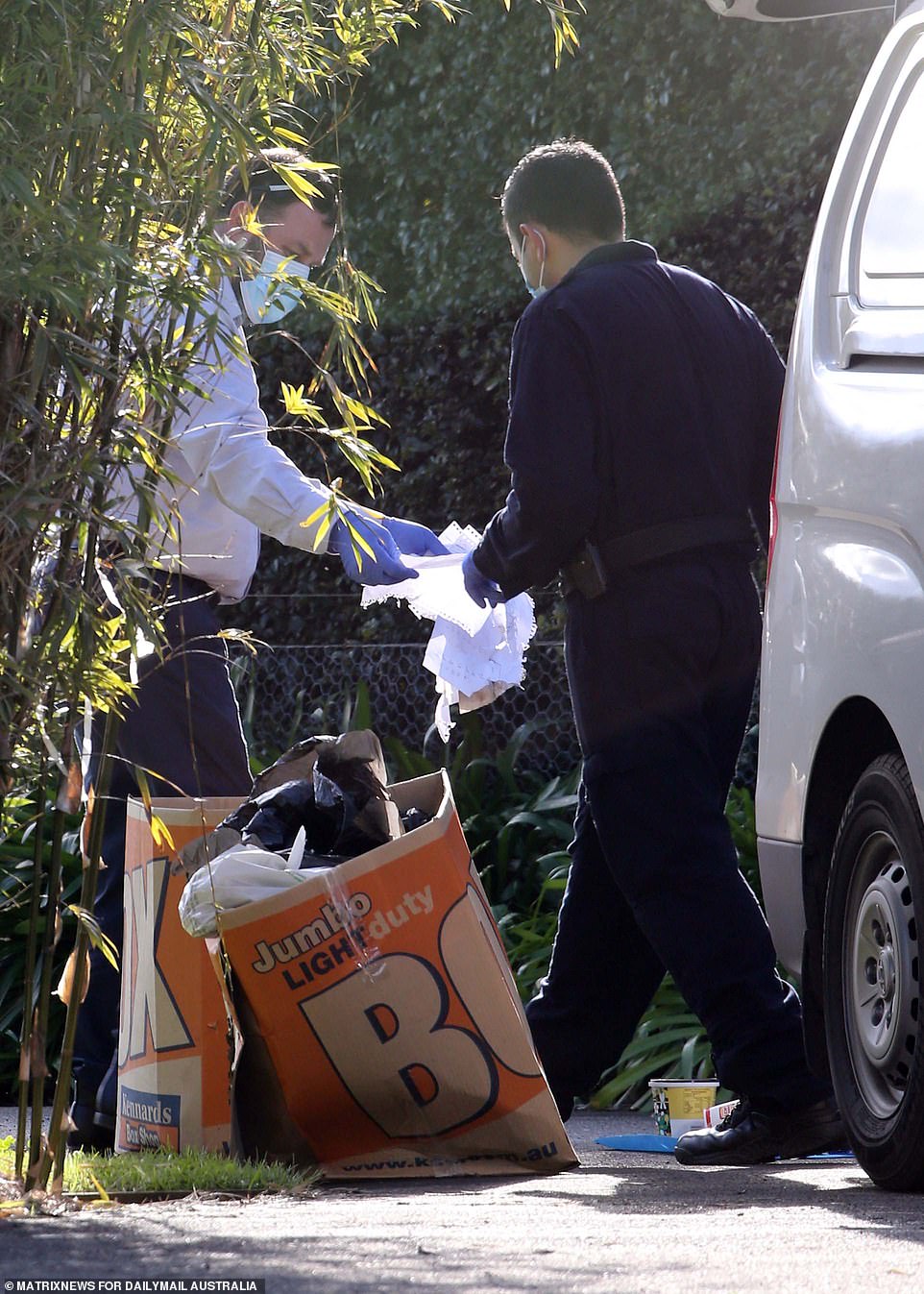 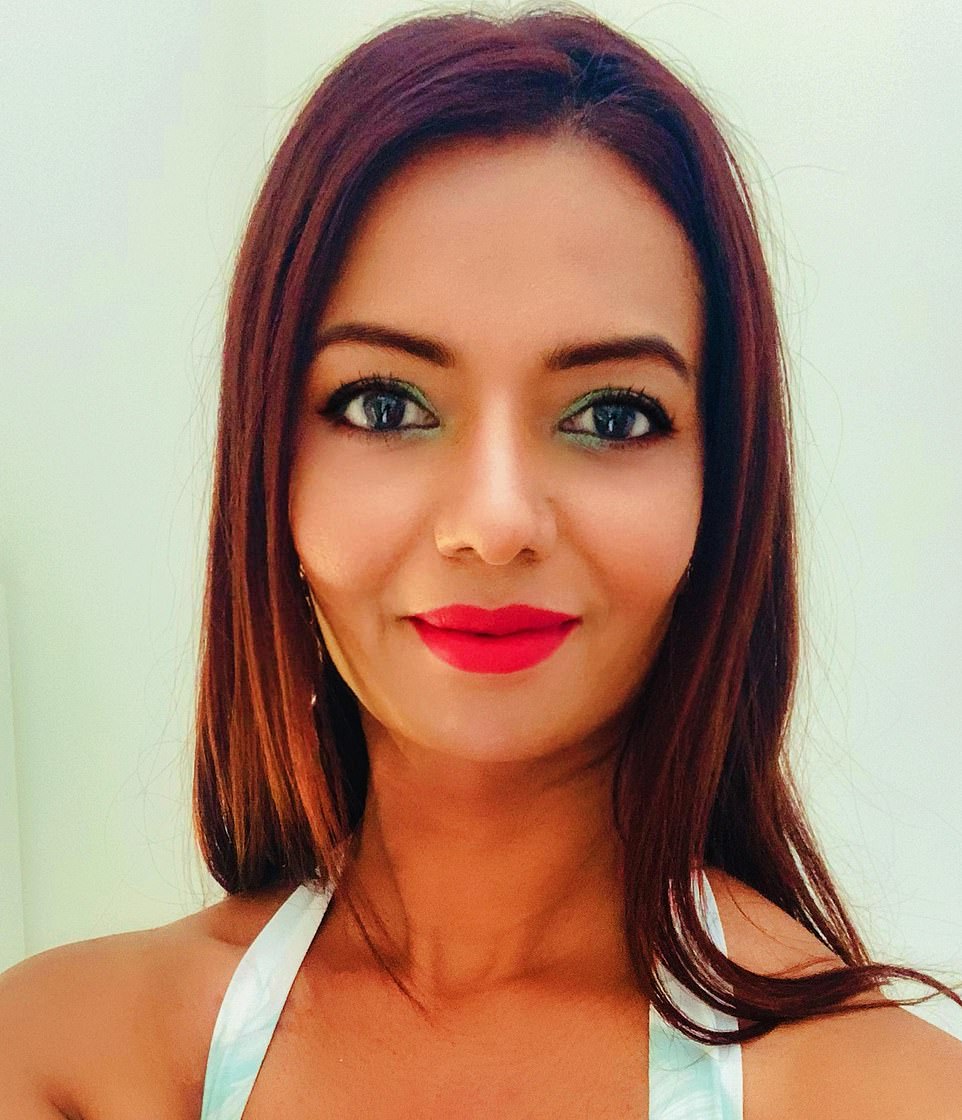 Shereen Kumar, 43, (pictured) has been remembered as an ‘incredible mother’ by her heartbroken family

Neighbours say Ms Kumar and Carlino were quiet and friendly, seemed like a hardworking but happy couple and were not known to argue.

Detectives are using investigative technology and analysing CCTV from the area as part of the investigation – with both Kumar and her boyfriend’s vans taken away for further testing.

Forensic specialists are expected to travel back and forth from the home in the coming days as the investigation continues.

The couple who live on the other side of the duplex offered to get out of the way and will stay with family while the investigation takes place.

They said they spoke with Carlino the day after Ms Kumar vanished and that he made a point of telling them she suffered bouts of depression. 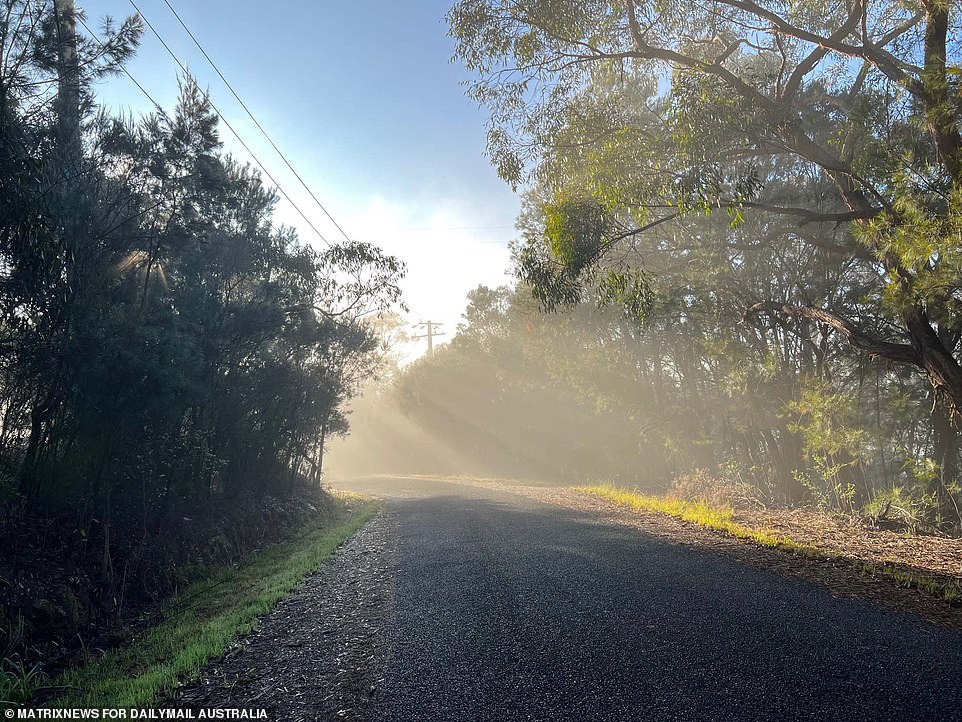 It was cold, raining and miserable the night Ms Kumar disappeared. There are no street lights on Taylors Road and much of the grass had turned to mud after weeks of persistent wet weather. The couple were shocked anybody would want to be caught outdoors on such a night 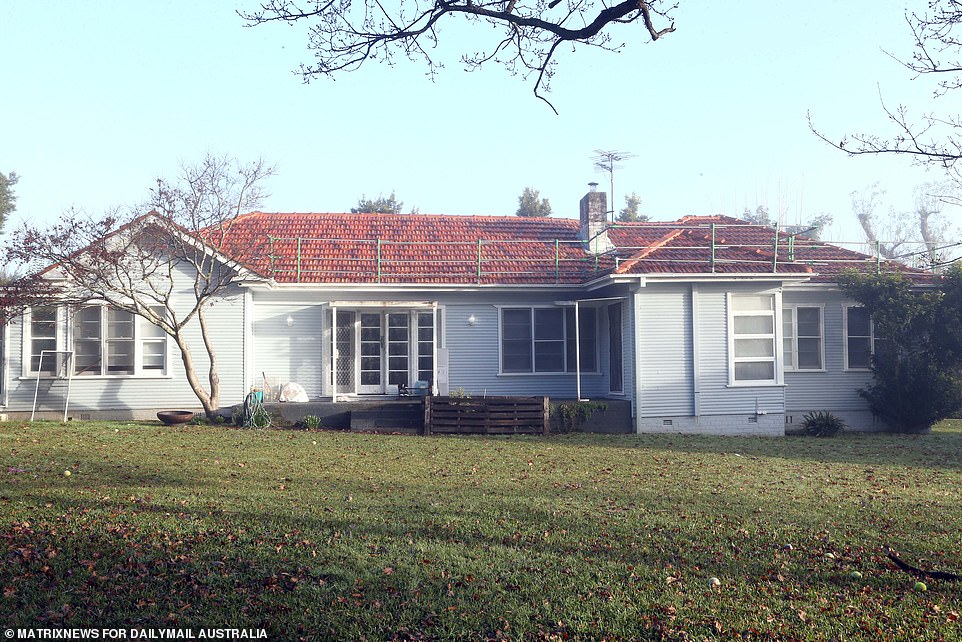 While most houses in the isolated street are separated by huge blocks of land, Carlino and Ms Kumar were living in a small weatherboard duplex and shared a wall with their neighbours

They are still holding out hope charges against Carlino will be dropped, struggling to reconcile the ‘kind guy’ they know with the allegations made against him.

‘We’ve never heard them argue,’ the woman next door said.

‘We share a wall so we know everything. If they shower, we know. If they leave the house, we know. He’s a nice guy and they’re a hardworking couple. We just don’t know what happened.’

Police will allege Carlino killed Ms Kumar sometime after 9pm on Wednesday, wrapped her in plastic and tape, then dumped her body 2.5km from their home.

The pair began dating in April 2021 and had an ‘on and off’ relationship, according to police.

They broke up late last year before reconciling and moving to Dural together in May.

Ms Kumar will be remembered as ‘quiet and lovely’ among neighbours in the street. She came across as hardworking but rarely said much. 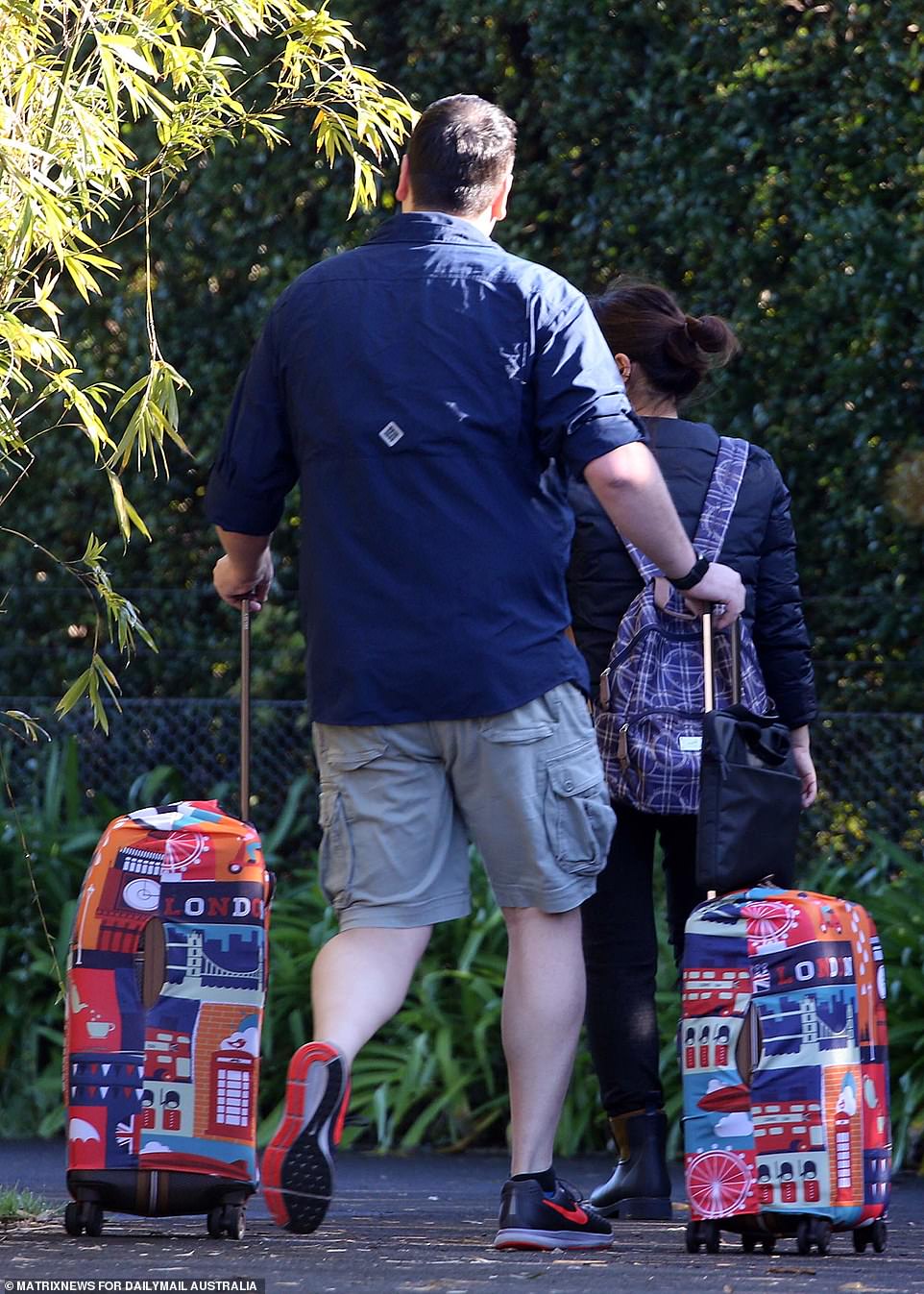 On Monday morning, Ms Kumar’s neighbours packed some bags and left the home as the police investigation into her death continues

Her ex-husband Gurpreet Beehan, who is the father of her two kids, told Daily Mail Australia the family are ‘heartbroken’ and will ‘ensure’ she gets the justice she deserves.

He said Ms Kumar was a ‘strong woman’ who was devoted to their children, and her death had created a hole in their lives that would never be filled.

‘She was an incredible mother to our kids and she will be missed forever,’ Mr Beehan said.

‘No one can replace a mother and this has left us all devastated.’

Mr Beehan said he had to have a difficult conversation with his children about what happened to their mother. 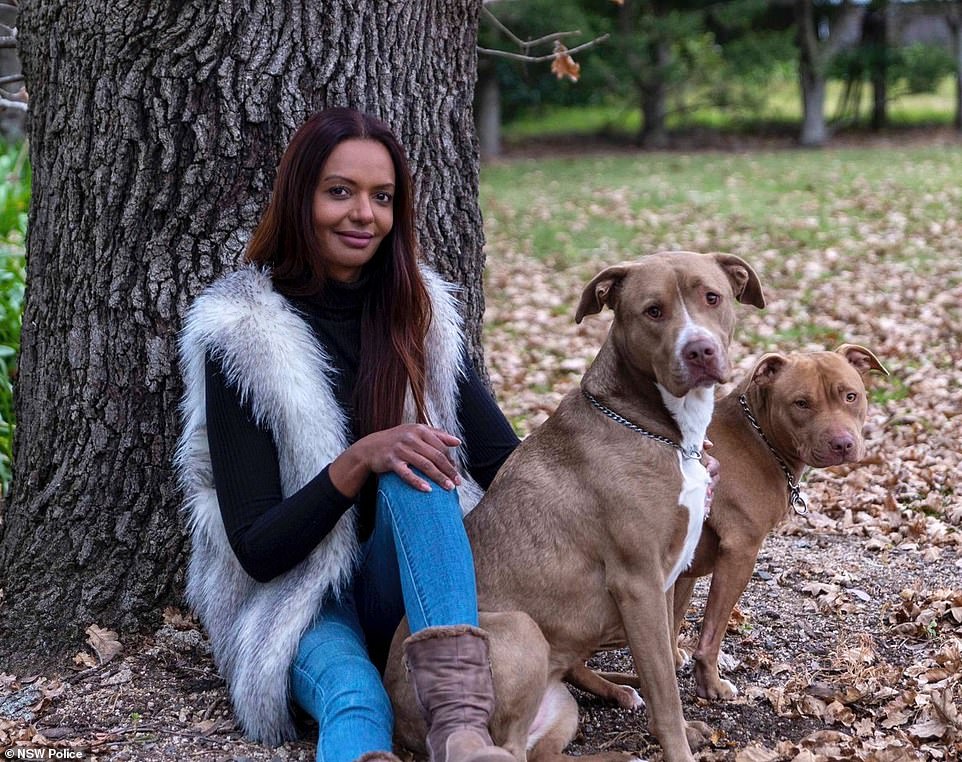 In court on Sunday, Carlino did not apply for bail, with his lawyer Mr Tabchouri telling reporters his client was ‘very concerned’ about the allegations.

Mr Tabochouri said it was still ‘too early to say’ how his client intends to plead.

‘At this stage I don’t have any instructions other than to wait for the evidence and go from there,’ Mr Tabchouri said.