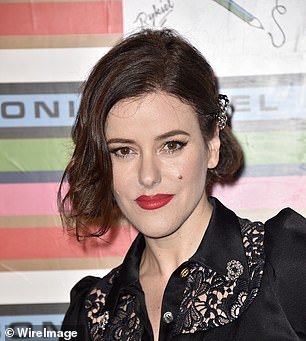 Double take: Lisa specialises in the ‘Celebrity Kitten Eye’, using flicks of eyeliner at the outer corners, as well as heavy brows and red lipstick.

She recently posted on Instagram a snap of Keira looking glamorous and, err, very much like her as she applied her make-up for a premiere. Lisa has said: ‘Keira has gorgeous skin — she is as divine [on film] as she is in real life.’

Lisa, 44, has come a long way since she worked on the Lancome counter in Harrods. Her big break came from doing Cindy Crawford’s make-up in the Nineties.

Since then, Eldridge has made her name as a make-up artist to many stars and as a YouTuber: 1.8 million have subscribed to her tutorials since she started uploading videos in 2009.

This week, she announced she’s finally launched her debut make-up range of just three limited-edition red lipsticks which emulate the texture of velvet.

She is married to Robin Derrick, British Vogue’s creative director, and they live with their children in a converted piano warehouse in London. 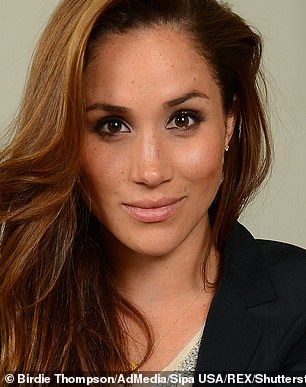 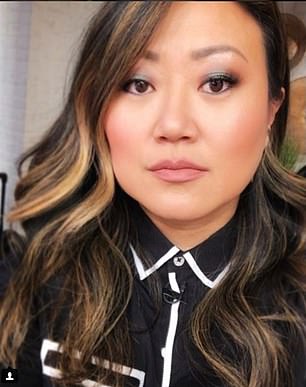 Double Take: The day before Meghan Markle married Prince Harry back in May, Lee, her make-up artist in Toronto, posted a snap of herself with the soon-to-be Duchess of Sussex.

Taking to Instagram before the Royal Wedding, she wrote alongside the photo: ‘Wishing this beauty the most magical day . . . and of course a lifetime of happiness and lots of babies!’

While studying communications at York University in Toronto, she got a part-time job as a professional make-up artist in a MAC Cosmetics store. Then, in 2012, she became the official make-up artist for Maybelline NY in Canada.

Magic tricks of the trade: JK Rowling and Charlotte Tilbury 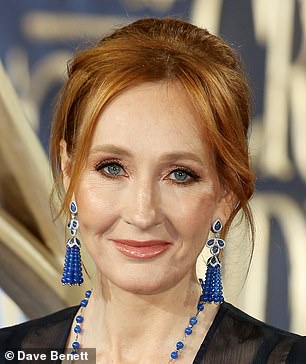 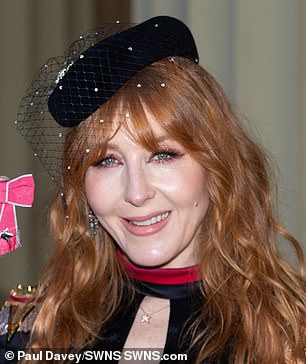 J.K Rowling, left, and Charlotte Tilbury, right. She uses her £70 Magic Cream on Rowling to give her dewy skin

Double take: When J. K. Rowling appeared on the red carpet at the premiere of Fantastic Beasts: The Crimes Of Grindelwald this week, even Harry Potter himself would have struggled to tell her apart from her make-up artist, Charlotte Tilbury.

Especially since the author’s hair is now the same shade of red.

Tilbury, who shared on Instagram a picture of Rowling at the event, created the look entirely with her own range of products, including a lipstick that starts at £24.

On Rowling, she uses her £70 Magic Cream to give her dewy skin, defines her brows with the £22.50 Brow Lift and uses the £49 Filmstar Bronze & Glow for sculpted features.

Tilbury, 45, says she wants to ‘make every woman the most beautiful version of themselves’ — or, in Rowling’s case, it would seem, a near mirror-image of herself.

She has said of the author: ‘I adore her, she’s so beautiful.’

Hours after posting the picture of Rowling, Tilbury shared another snap — this time of her receiving her MBE, with her film producer husband George Waud, who, she admits, has never seen her without make-up, and her parents, Lance and Patsy.

When Tilbury was 11, her mother introduced her to Mary Greenwell, make-up artist to Princess Diana (see box, below), beginning her obsession with beauty.

Since Tilbury launched her eponymous brand in the UK in 2013, it’s become one of the fastest-growing cosmetics labels in history. She lives in Notting Hill with Waud and her sons, Flynn and Valentine.

Other clients:  Amal Clooney, Nicole Kidman, Naomi Campbell and Kate Moss (who is also godmother to both Tilbury’s boys). 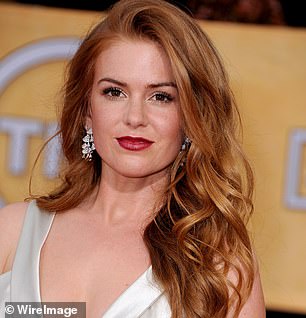 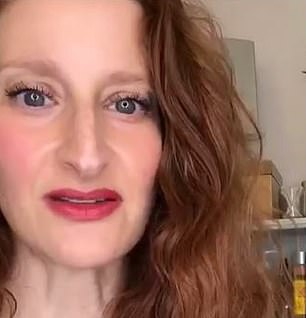 Isla Fisher, left, and Katey Denno, right. They have similar red hair and a love of charitable causes

Double take: They have similar red hair and a love of charitable causes. Denno is known for natural beauty, radiant skin and strong lips or eyes — but rarely both. In May, she posted on Instagram a picture of Fisher having her make-up done — luscious red lips and alluring lashes — adding: ‘The many faces of this tiny pretty ginger.’

She spent a decade as a social worker in the HIV clinics of New York and only started out in the beauty industry 13 years ago, after meeting a make-up artist at a dinner and being so intrigued that she retrained.

But, whatever the colour of her make-up, it must be green. ‘As a social worker, I was a big advocate of teaching clients the importance of knowing what you put into and onto your body. That translated into my work as a make-up artist,’ she says. 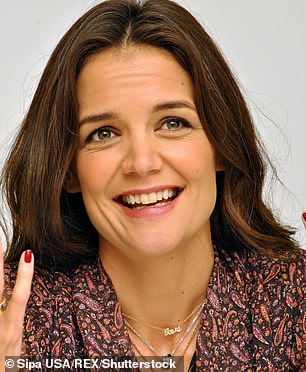 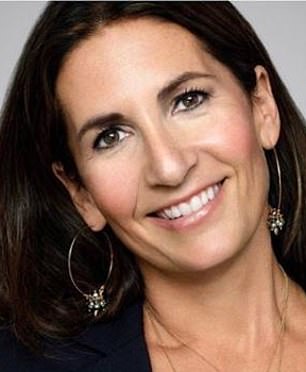 Double take: With their understated brunette locks and girl-next-door looks, there’s a striking resemblance between actress Katie and her make-up guru, despite a 22-year age gap.

Bobbi’s brand is synonymous with natural beauty and she has a reputation for fixing everyday problems, such as dark circles and sparse eyebrows.

Chicago-born Brown is 61, but is still the ultimate poster girl for the everyday prettiness that’s become her trademark.

Bobbi was working as a freelance make-up artist when she launched her cosmetics brand in 1991, frustrated by the gaudy neon cosmetics that were fashionable at the time.

Rather than plastering on make-up to hide imperfections, Brown prefers to use a light touch and pretty colours to enhance a woman’s best features.

In 2011, the Duchess of Cambridge wore Bobbi Brown products on her wedding day, and, in 2013, Katie Holmes became the face of the brand.

Brown lives in the U.S. with her husband, the attorney and property developer Steven Plofker. They have three grown-up sons. 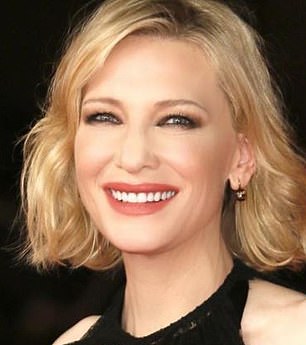 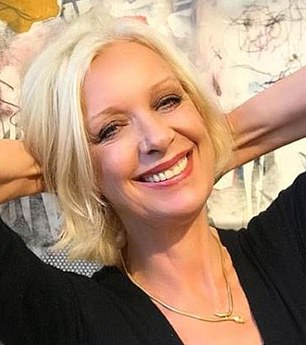 Cate Blanchett, left, and Mary Greenwell, right. She has described Cate as ‘the kindest, most intelligent, most sincere person’ you could meet

Double take: Yikes. Squint a little and you can’t tell these two apart. Mary is all about making skin look flawless and eyes gorgeous, using lots of natural colours. She has described Cate as ‘the kindest, most intelligent, most sincere person’ you could meet.

At 18, Mary moved to LA and was ‘basically a hippy’, until a friend asked her to work on the make-up counter of a Fiorucci store. ‘I was 23 and I’d never worn make-up in my life,’ she says. ‘But I agreed and they sent me to New York for training.’ She went on to work with the original supermodels and even persuaded Princess Diana to switch her trademark blue eyeliner for ‘prettier’ beiges and browns.

Mary recently did a series of online make-up tutorials for M&S and, though she’s 59, could easily pass for a decade younger: the same age as Blanchett.