How the British countryside inspired famous composers, from the Malvern Hills to the Suffolk coast

The British countryside is woven through with home-grown classical music, from symphonies inspired by the Scottish islands to Sir Harrison Birtwistle’s chamber composition that references a prehistoric mound in Wiltshire.

And exploring the areas which influenced a composer’s finest work, or visiting museums which celebrate their legacy, makes for an inspiring break.

British composers might not have the exuberance of Italian ones, nor the fame of Bach or Mozart, but if there’s one thing that unites them it’s that their music is tied to the landscape around them. This can range from the sound of birdsong, a blustery Suffolk day or even, in the case of Gustav Holst when he wrote The Planets, the clear night skies.

Sir Edward Elgar, perhaps Britain’s most famous composer, wrote the Pomp And Circumstance Marches as well as the music for Land Of Hope And Glory. Visit The Firs (nationaltrust.org.uk/the-firs), his birthplace in Worcester, and it’s soon clear how much the countryside meant to him, especially the soft green hills where he grew up and continued to live near for much of his life.

Elgar composed the Enigma Variations in Malvern in 1898, each one a musical portrait of a friend and inspired by the magnificent landscape. A keen cyclist and walker, he wrote The Apostles after cycling to the beautifully still Longdon Marsh, today a nature reserve and haven for birdwatchers.

And while staying at Spetchley Park Gardens, as a guest of the owner when it was privately owned, Elgar penned part of his choral masterpiece, The Dream Of Gerontius. The little-known 30-acre garden, three miles east of Worcester, is a Victorian delight, remains largely unaltered and contains one of the country’s biggest private collections of peonies (spetchleygardens.co.uk). 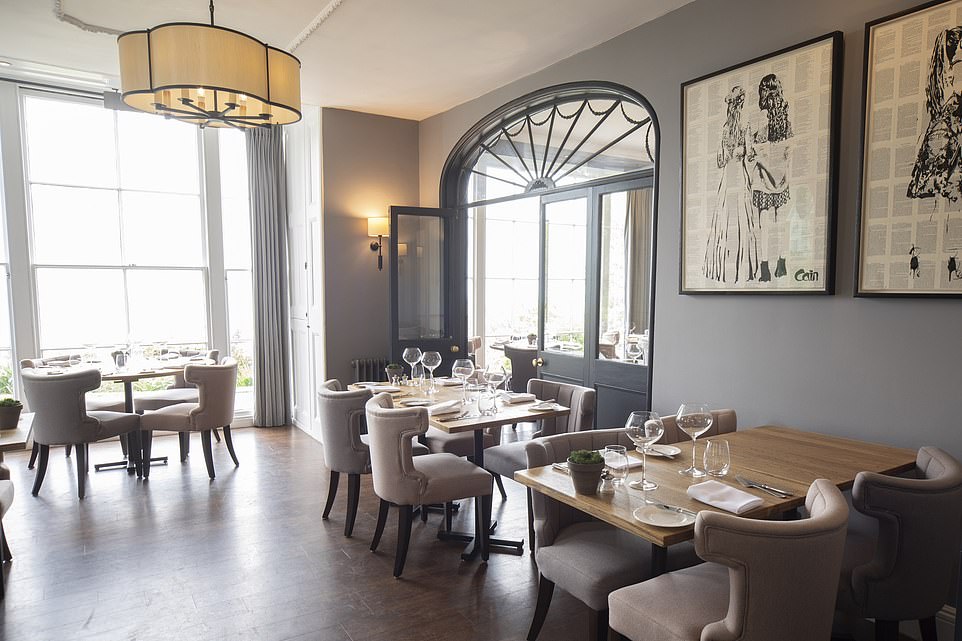 The dining area at The Cottage In The Wood hotel in Malvern Wells, which as a sense of Edwardian generosity

If you want a relaxing stay nearby, The Cottage In The Wood hotel in Malvern Wells has a sense of Edwardian generosity and spectacular views, especially in its 1919 restaurant. B&B costs from £109 (cottageinthewood.co.uk).

To dig a little deeper, Black Pear Tours has a self-guided, five-night Elgar walking tour through the Severn Valley and surrounding hills, visiting Malvern and Worcester. The price starts at £415pp and covers maps, B&B accommodation and luggage transportation between hotels (blackpearwalkingtours.com/the-walks/elgar-trail).

Elgar was also a regular guest at Long White Cloud, a house close to the Thames in Bray which is now part of the luxurious Monkey Island hotel (monkeyislandestate.co.uk). It was here that he worked on his Violin Concerto.

Not every Elgar haunt is so grand. On the Isle of Wight you can stay in Bermuda House, a Victorian villa in Ventnor where he honeymooned with wife Alice (ventnorselfcatering.co.uk/bermuda-house).

London has a special classical musical landscape of its own. Baroque composer George Frideric Handel left his native Germany and lived here for more than 40 years, becoming a British citizen (he’s buried in Poets’ Corner in Westminster Abbey, alongside Thomas Hardy and Charles Dickens). And, like Elgar, he had a strong connection with the Thames.

His Water Music, still wonderfully cheerful and party-minded, was written for a pageant on the river in 1717 where musicians performed while bobbing around on a boat. His Music For The Royal Fireworks was first performed in Green Park in 1749 flanked by a recently built Buckingham Palace. 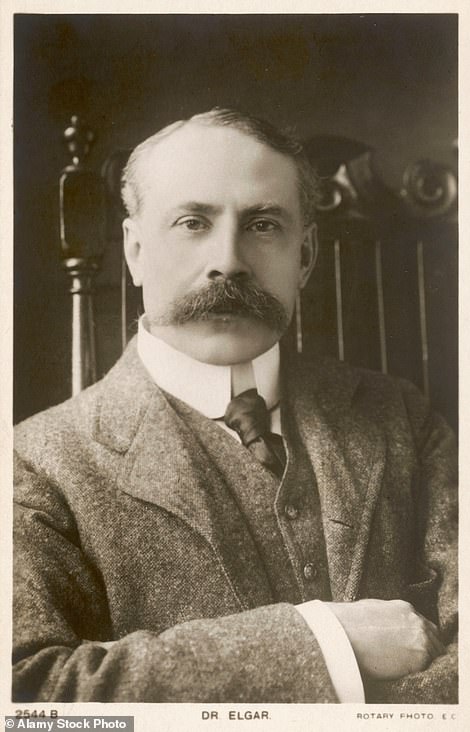 Just around the corner from the designer shops of Bond Street, the museum celebrates both with small but very popular concerts of Handel’s chamber music and also jam sessions, Hendrix-style. Until audiences can enjoy live concerts again, they are being filmed and can be found on the museum’s website.

Also on Brook Street, Claridge’s has history and comfortable double rooms costing from £660 a night (www.claridges.co.uk).

There’s something particularly magical about hearing a piece of music in the place it was first designed to be performed, and Britain’s churches and cathedrals will be for ever intertwined with such an experience, even in more modern cathedrals – Benjamin Britten’s War Requiem was commissioned for the opening of the newly consecrated Coventry Cathedral in 1962.

Next year, Martin Randall Travel has a trip to Oxford that focuses on Divine Office, a series of psalms and hymns written to be performed at certain times of the day.

Held over four days in a variety of colleges, including Magdalen and Christ Church, there’s strong emphasis on British composers, ranging from Thomas Tallis and Henry Purcell through to Britten and modern works. Prices start at £2,580pp including accommodation, breakfasts and some dinners (martinrandall.com/divine-office).

As well as staging classic operas, both commission new compositions that play to music fans who come to take in culture amid meadows and formal gardens. This year the season has been disrupted but operas can be viewed online, and at 5pm today you can watch the premiere of Rossini’s The Barber Of Seville from Glyndebourne on YouTube. 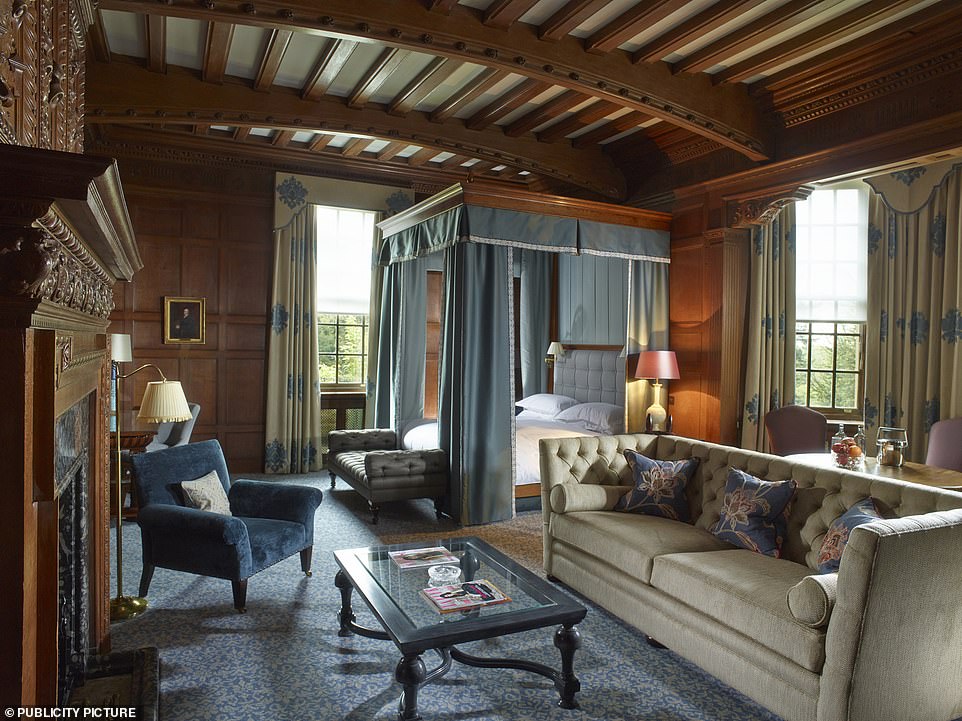 Ralph Vaughan Williams devoted his life to collecting English folk tunes before they were lost, and used them as a basis for lyrical classical music, from the glorious The Lark Ascending to the more mournful Norfolk Rhapsody and In The Fen Country.

He grew up at the 17th Century mansion Leith Hill Place in Surrey, now owned by the National Trust. There are some glorious walks that allow you to follow in his footsteps. Even if you can’t guarantee hearing a lark these days, you can really get a sense of the peaceful, nature-filled landscape that Vaughan Williams grew up in (nationaltrust.org.uk/leith-hill/trails/leith-hill-woodland-walk).

With eight acres of protected landscape, including a river, the rather special Wotton House Country Estate Hotel, which dates from the 16th Century, is a ten-minute drive from Leith Hill Place. Room-only from £110 (wottonhouse.co.uk).

Benjamin Britten was born in Lowestoft in 1913 but spent most of his life down the Suffolk coast in Aldeburgh, working on operas such as Peter Grimes, Billy Budd and The Turn Of The Screw. 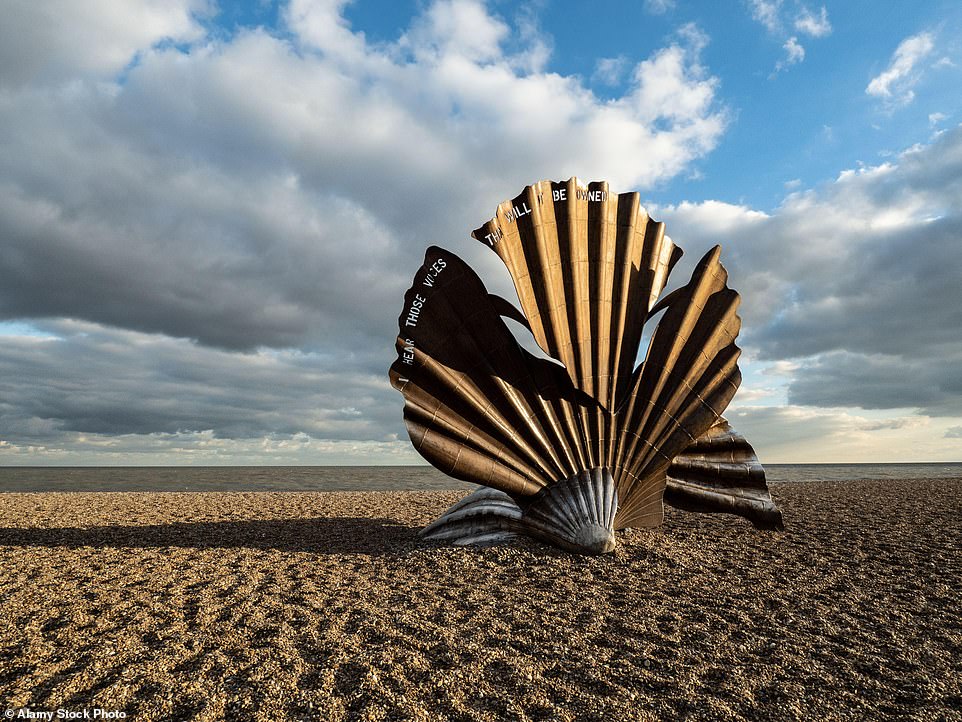 His home, the Red House (brittenpears.org/visit), full of hip 1960s furnishings and his purpose-built Composition room, is open to the public. Visitors are welcome to picnic in the classic cottage garden, but venture outside this protected zone and you’re on the starker, moodier North Sea coast that suddenly makes sense of the Sea Interludes in Peter Grimes.

Full Aldeburgh immersion can be had by staying at the seafront Brudenell Hotel, a mile from the Scallop, Maggi Hambling’s controversial four-metre-high steel sculpture dedicated to Britten. Doubles from £150, including breakfast (brudenellhotel.co.uk).

Britain’s composers tend to leave festivals as one of their legacies. Britten set up the Aldeburgh Festival in 1948, starting as a few concerts in the nearby Jubilee Hall. It is now held in Snape Maltings (snapemaltings.co.uk) – a venue converted from a barley warehouse which is on the banks of the River Alde and surrounded by fields.

The Aldeburgh Festival has been cancelled this year, but some of its archives are now online so it’s more accessible than ever. It’s due to host the festival again in 2021.

Three Choirs Festival, which runs each year at Worcester, Gloucester and Hereford cathedrals (3choirs.org) is most closely associated with Elgar but has also featured work composed by Sir Arthur Sullivan, whose favourite collaborations were with the dramatist W. S. Gilbert, resulting in The Pirates Of Penzance and The Mikado. 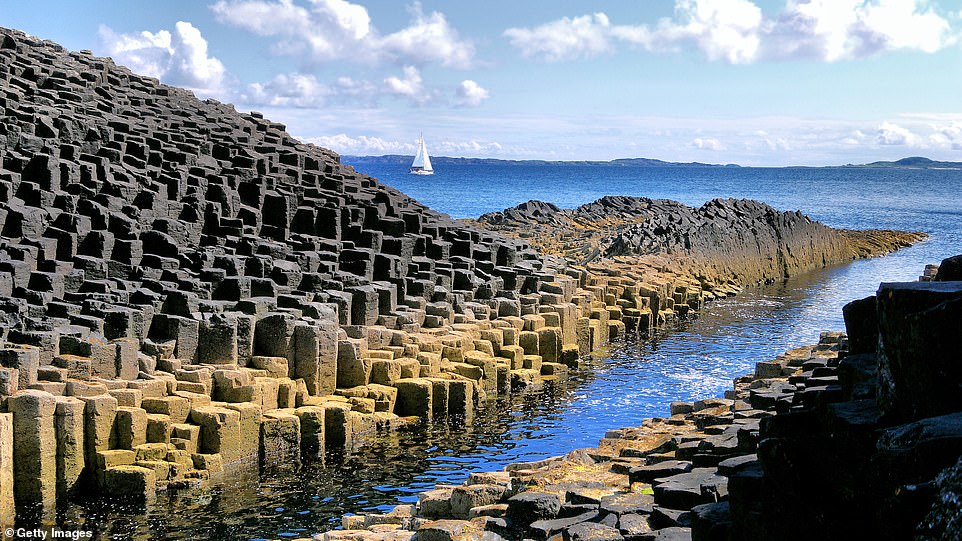 Fingal’s Cave was written by Felix Mendelssohn about Staffa, an uninhabited island in the Inner Hebrides, when he visited it in 1829

Fingal’s Cave was written by Felix Mendelssohn about Staffa, an uninhabited island in the Inner Hebrides, when he visited it in 1829. Queen Victoria’s favourite composer, he dedicated his Scottish Symphony to her.

And this tradition of Scottish scenery inspiring music continued into the 20th Century. Composer and conductor Sir Peter Maxwell Davies lived in the Orkney Islands for more than 40 years, using the location to inspire operas – most joyously with An Orkney Wedding With Sunrise, depicting the aftermath of a riotous wedding.

If ever there was a year to enjoy the remote beauty of the Orkneys, it’s 2020.

The Storehouse restaurant with rooms makes a perfect base, with doubles costing from £110 including breakfast (thestorehouserestaurantwithrooms.co.uk).