The Aberfan disaster, a tragedy that resulted in the deaths of 116 children and 28 adults in a Welsh mining village, was such a terrible event that it remains etched in the national memory more than 50 years later.

But now the full horror of the events of that October morning in 1966 have been brought to life for a new generation using Hollywood-level special effects.

Episode 3 of the new series of The Crown recreates the sound and fury of the oncoming ‘dark glistening wave’ of mud, sludge and rubble using computer-generated imagery that would not be out of place in a Steven Spielberg blockbuster.

Here, Philip Thomas, who was aged ten and survived despite being buried, gives his reactions to a mould-breaking piece of TV… 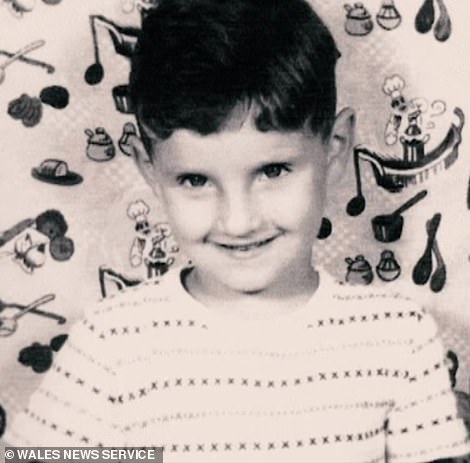 Philip Thomas (left today and right as a child), who survived the Aberfan disaster when he was ten years old, has given his reaction to The Crown’s recreation of the tragedy – which resulted in the deaths of 116 children and 28 adults

One thing they don’t depict in the TV recreation was the Queen visiting me and other children at a hospital in nearby Pontypridd.

As the most seriously wounded survivor, I was heavily sedated and, though the nurses woke me to say Her Majesty was standing by my bed, I had no idea what was happening. ‘B****r off!’ I apparently said and went back to sleep.

Afterwards, my mum joked that she would never forgive me for swearing at my royal visitor, but both she and my dad knew how lucky they were that I was alive.

We lived about a mile from the school. Dad was a factory worker and Mum looked after me, my brother Alan, 13, and my five-year-old sister Ann. 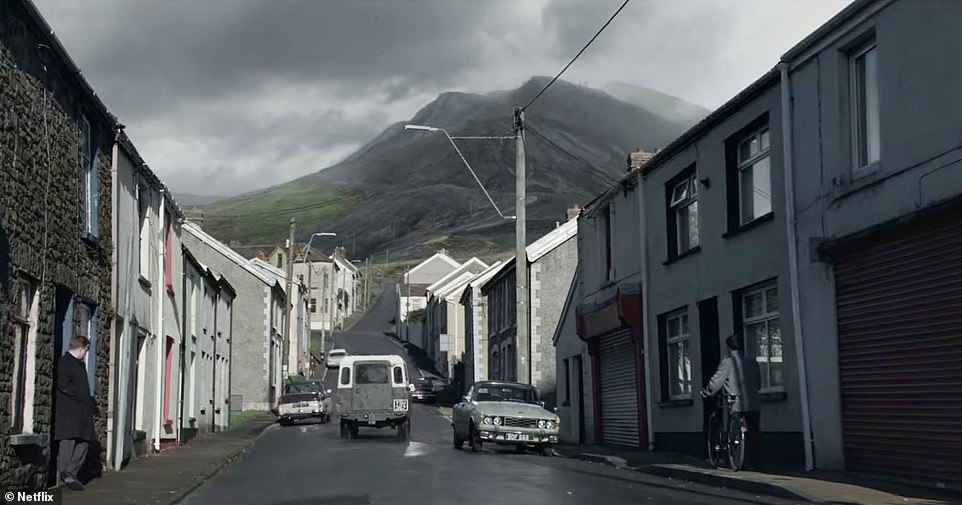 October 20, 1966: As shown in The Crown, weeks of rain have fallen on Aberfan (Pictured: a scene from episode three of the new season of The Crown)

Pantglas Junior School: Some of the 240 pupils are given that night’s homework. Some 116 children and 28 adults died as a result of the Aberfan disaster

I would have been in the classroom as usual that morning except that my friend Robert owed two weeks on his dinner money.

Before lessons, the headmistress asked me to go with him and collect the cash from his sister who was at the senior school down the road. That morning was very foggy and the rain was still coming down so we didn’t really see anything of the avalanche until it hit us, but we heard a rumbling sound, like the noise of a train crossing a bridge.

We ran and something hit me on the head. When I woke up, everything was pitch black. I was buried alive and I started crying and shouting for my mum.

Eventually I heard voices and the sound of digging and, as they brought me out, I saw wallpaper among the black waste. The slurry had brought down the wall of a house and that protected me, forming a little pocket like a cave. My friend Robert did not survive. 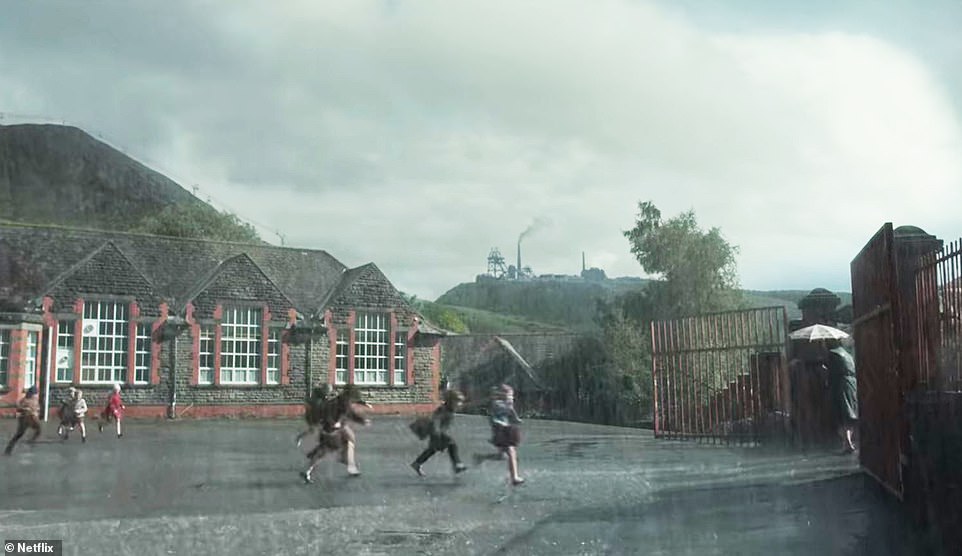 Home time: Children leave as the rain falls on them… and the local coal tip. The full horror of events were brought to life in episode three, season three of The Crown

Next morning: Workers investigating a derailment find a sinkhole on the tip. The production used Hollywood-level special effects 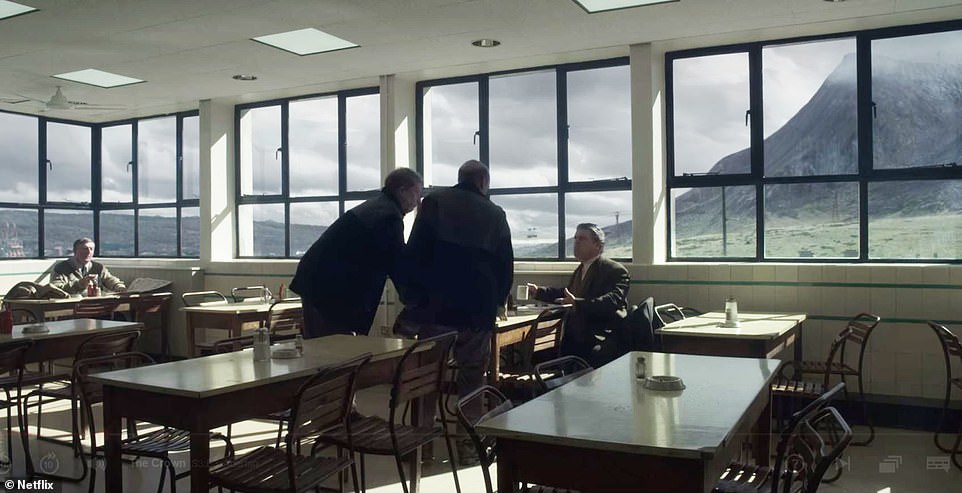 Warning: At the pit, they alert the supervisor in the canteen — but it is too late (Pictured: a scene from the Netflix drama)

I was taken to hospital but my mum and dad did not know. They were with the parents digging at the school and visiting the mortuary set up in the chapel in frantic efforts to find their children.

It wasn’t until 4.30pm that they tracked me down, By then I’d had an operation. Though my left ear was nearly torn off, they saved it, but not three fingers on my right hand which were crushed as I protected my head. I had a fractured pelvis and lost my spleen.

I remember Mum sitting on the end of the bed and asking a nurse why my sheets were red. ‘They’re not red, that’s blood,’ the nurse said. It was 50/50 as to whether I’d live and I was in hospital for two months. When I finally went home, the streets were strangely quiet.

Out of the 32 children in my class, only three survived and whenever me and my brother went out we saw hardly anyone of my age. 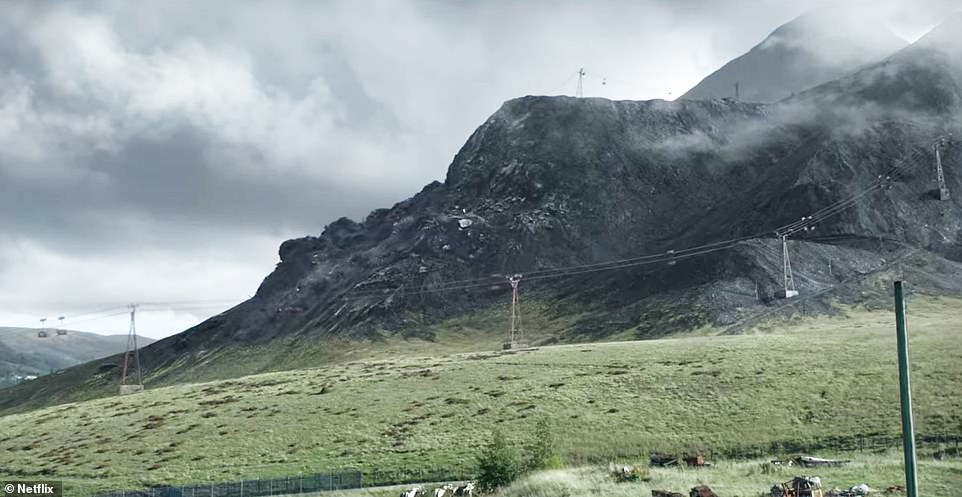 Disaster: Now turned to slurry, the huge coal tip slides down the mountain. The series recreated the sound and fury of the oncoming ‘dark glistening wave’ of mud, sludge and rubble using computer-generated imagery 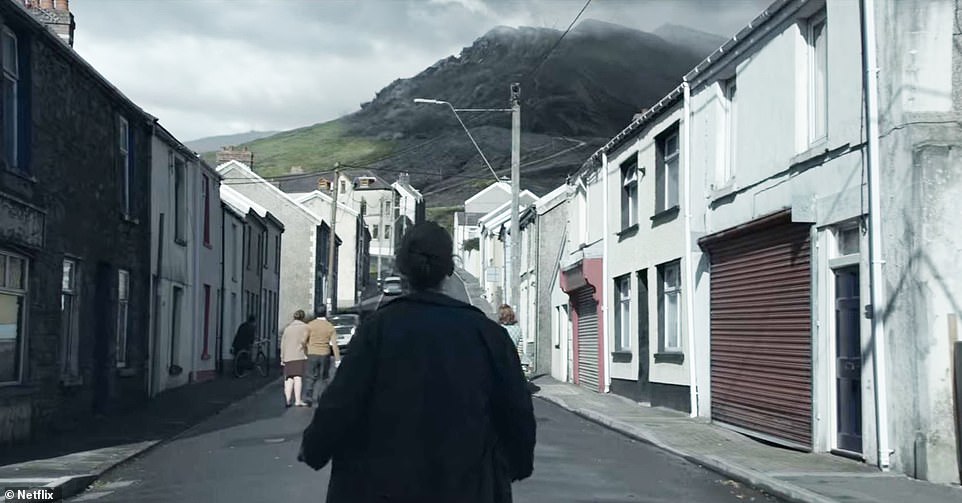 9.15am: Shocked residents are drawn from their homes by a thunderous roar. (Pictured: the coal tip slides down the mountain) 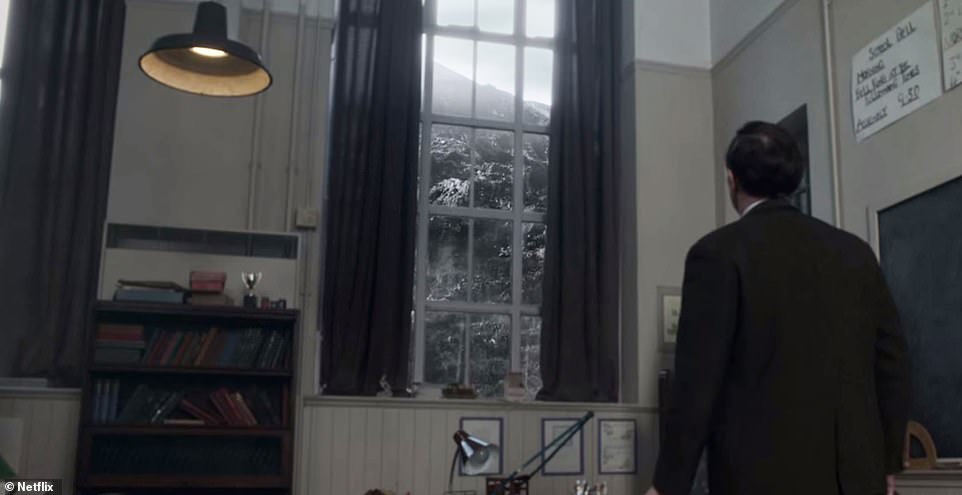 Looming horror: At Pantglas School a teacher looks up and sees a dark wave. The terrible event remains etched in national memory more than 50 years later

At home, we never spoke about what happened, but there were one or two new rules: I was never to go up to the cemetery or down to where the school had been.

Later, when I met my wife Annette who was from Glynneath, about 17 miles away, she wondered why all my friends were older. The simple fact was that most of my generation were gone.

So had the school, replaced by a community centre opened by the Queen in 1973. I was 16 and introduced to her at a dinner. I recall her shaking my hand and asking how I was.

I was taken aback when I watched The Crown and realised she was initially reluctant to visit Aberfan. It took my breath away seeing the slurry coming down. 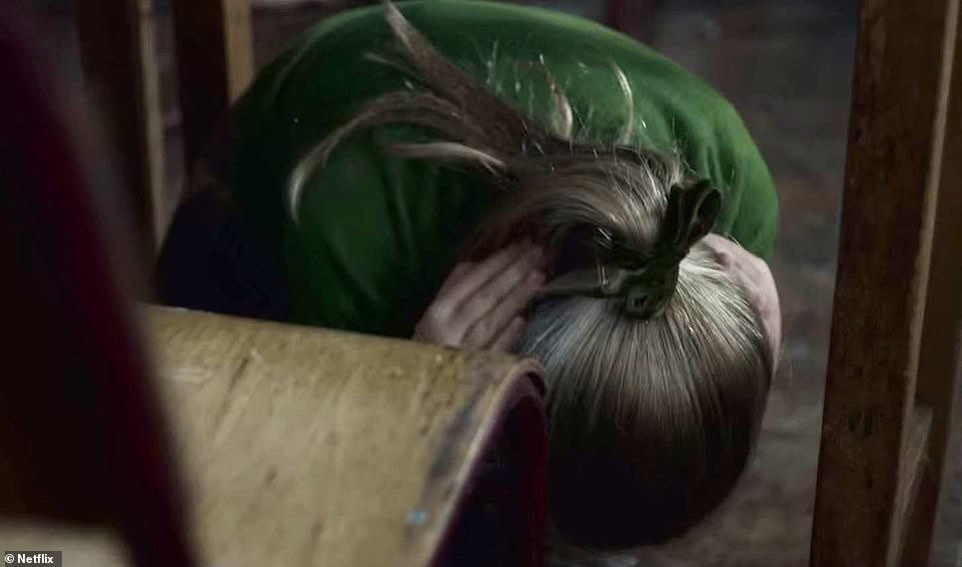 Refuge: Children are ordered to hide under the desks, which saves some lives. More than 116 children died in the tragedy

Impact: The black tide engulfs the school — 109 pupils and five teachers will die. A total of 28 adults were killed in the Welsh mining village 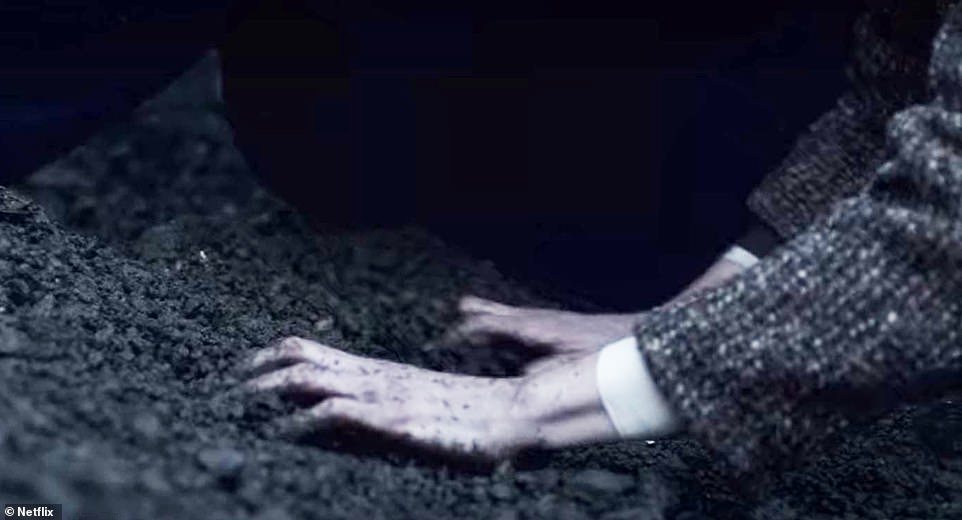 Desperate search for victims: Villagers claw at the dirt with their bare hands

When it hit the school window, I thought: ‘That could have been me.’ What really got me was Lord Snowdon phoning Princess Margaret after seeing the rescue efforts and asking her to give their children a goodnight kiss from him.

What I went through made me appreciate life more — even if I felt unable to talk about it for years.Often I’d go up to the cemetery with my grandchildren and they’d ask had I known this person or that person?

Eventually we’d get to the memorial garden, where two rows of white marble arches commemorate each of the 116 children and 28 adults killed, and I realised I knew them all.

When the 50th anniversary came in 2016 and my grandkids were studying Aberfan at school, I felt it was time to tell them my history, and their history, so I gave a talk to their class.

It wasn’t easy but I felt it was important, much for the same reason I appreciated that episode of The Crown.