How the electric bike is changing city travel? 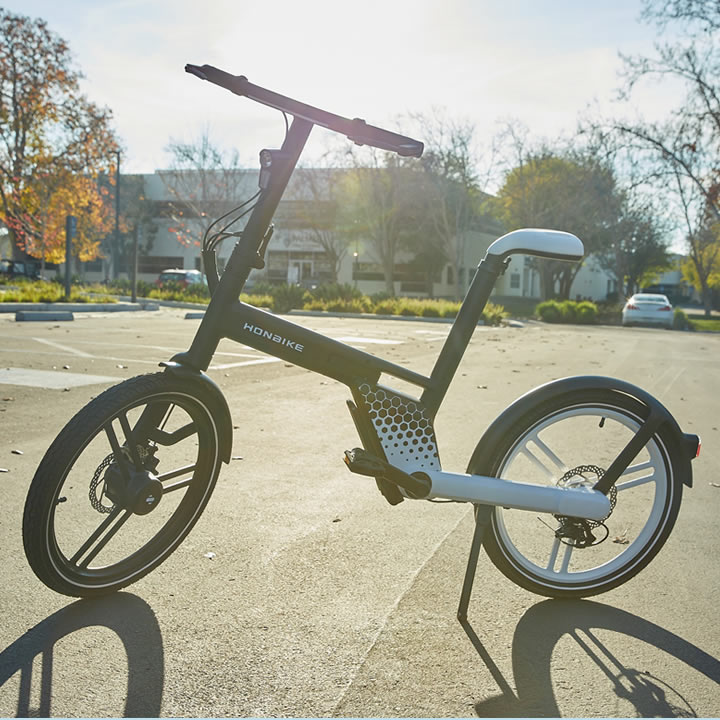 It is not a secret that electric bicycles have been popular in Europe and North America for a long time.

In the past two years, with the lingering of the COVID-19 epidemic and the rising trend of gas prices, electric bikes have become the best urban travel tool because they are quick, comfortable, convenient, and allow you to socially distance while exercising.

When combined with an electric motor, e-bikes can make even the longest commutes pleasant and sweat-free.

The true benefit of the best e-bikes is their efficiency while climbing hills or city commuting, along with their increased range. While electric bikes eliminate many of the hurdles and hassles associated with traditional pedal-powered cycles, they are not without their flaws.

We are now residing in the future! In every way, technology has improved our lives, whether it’s through groundbreaking medical advancements, renewable energy sources, or new sporting concepts that keep us active (and alive) longer.

E-bikes are equipped with what is referred to be battery-powered “pedal assist.” Technically, this is a machine fitted into the bike that assists you with your pedaling. This can help alleviate strain and impact on the knees and thighs.

The technology provides the extra oomph needed to cover miles of distance with minimal effort. You can also continue to use multipurpose bike lanes and traffic-free paths, which is ideal if you live in a city and want to reduce your commute time.

These are growing in popularity in cities as governments and councils encourage residents to ditch their cars.

Are electric bikes the future of city life?

Electric bikes extend the range of bicycles to the same range as public transportation or cars. They also make it possible for cyclists who are not physically fit for cycling in cities with frequent or steep gradients.

However, e-bikes expose the rider to harsh environments, require specialized infrastructure, and carry negligible cargo or passengers in addition to the driver.

Since e-bikes require a dedicated charging station, in many cases you can remove the battery and take it with you. The average bicycle takes up about one-fifth the space of a car user, which is advantageous in densely populated areas.

Polluting emissions, on the other hand, are lower than those produced by cars and public transport, which makes it clear that e-bikes are the preferred choice for urban commuting amid rising oil prices.

What makes the Electric bike worth getting?

While cycling on an E-bike is pedal-assisted, it is still exercised and so beneficial to your mental and physical health. Especially for workers living in fast-paced cities, commuting with electric bicycles can obviously be regarded as a daily necessary amount of exercise.

Be Eye-catching on the Street

Now, the design of electric bicycles is becoming more and more fashionable. As the honor that cars bring to the owner, the unique appearance of electric bikes will also bring a lot of attention to cyclists.

Such as Honbike’s ChainFree One, this chainless e-bike is also the winner of four design awards.

If you’re tight on space, you can consider folding e-bikes that you can store under stairs or in a cupboard. If you live where there is no off-street parking, even a non-folding e-bike is easier to find space than a car.

Most e-bikes are heavier than non-assisted e-bikes, keep that in mind if you have to lift them up any stairs.

Most bicycle accidents on the road occur at intersections such as intersections or roundabouts. This usually comes down to the fact that it takes a few seconds for a stopped cyclist to pick up speed.

Having that little motor to help you accelerate will get you out of the danger zone faster. For the same reason, you’re also less likely to run a red light because you’re not so aggrieved by having to let go of all your carefully built momentum.

You’ll also be more willing to slow down in corners and corners — where most cyclists slow down — because you can use the bike’s motor to accelerate from the other side.

Finally, because you’ll be able to keep up with traffic more easily, you’ll need fewer cars, buses, and trucks to overtake, which also means a safer ride.

What is the Best E-bike For City Travel?

Let’s take a look at Honbike’s award-winning electric folding bike – the ChainFree One model. The bike’s lightweight frame makes it easy to ride and transport and the bike is powered by a rechargeable 250W motor.

Riders never have to worry about dropping their bike chain, which can cause damage to standard bicycles and require a significant amount of bike grease to repair.

ChainFree One is completely enclosed in an aluminum shell, enabling up to 40,000 kilometers of maintenance-free operation (24,855 miles). To ensure maximum safety, its motor will shut off if the bike is tipped beyond 30 degrees.

Also, the battery is locked in a compartment and can only be removed with a key. When unlocked, it pops out so you may charge it at your workplace instead of the bike. The battery can run up to 24.8 miles depending on pace and electric aid.

Honbike does feature a digital display that indicates the rider’s speed and the extent of electric aid. Electric aid is adjustable in five settings using the controls on the right of the handlebar which makes it a perfect match to ride in the city and have the ride of your life.

E-bikes have the range to traverse the entirety of most urban cores.

They offer a degree of utility on a sturdy platform that satisfies what people often use automobiles for. With people’s pursuit of health or fitness and the troubles of bad traffic jams, electric bicycles may become the first choice for city travel.