When the English songwriter Nick Lowe demanded to know (What’s So Funny ’Bout) Peace, Love and Understanding? in the mid-Seventies he had no inkling that it was, quite literally, a million-dollar question.

But Lowe was thrilled to discover, in the early Nineties, that his clumsily titled composition would feature in the movie The Bodyguard and was quietly optimistic that it might pay a few bills. But, jet-propelled by Whitney Houston, the soundtrack album went on to sell more than 45 million, becoming the most successful ever and earning Lowe a million dollars in royalties.

Last year, Nick Lowe celebrated 50 years in the music business and recently ‘marked rather than saluted’ his 70th birthday with a quiet meal out

‘Just shy of a million actually,’ laughs Lowe today. ‘I never had an actual cheque so I’m not certain. It came at such a fortuitous moment because I’d spent a few years contemplating my navel wondering what the hell to do because the wheel had turned and the public, let’s be honest, had tired of my schtick.’

In 1992, the former guv’nor of pub rock, one-time Stiff Records star alongside Ian Dury and Elvis Costello, was an unprofitable sole trader when the Hollywood payday came. ‘And remember, this was when a million dollars was still worth something,’ Lowe quips. ‘I didn’t go mad with the dough but I bought a few nice suits and treated a few dear friends to dinner and took care of some debts. It was an astonishing amount but it went pretty quickly. Even though the cash is gone now, it bought me some time and good fortune and allowed me to continue working in some style.’

Lowe had written the song, from the perspective of an unapologetic old hippy, in 1973 and played it with his band, Brinsley Schwartz. Elvis Costello ‘pulled the song out of the bin’ and recorded it in 1978, making it his unofficial anthem to this day. 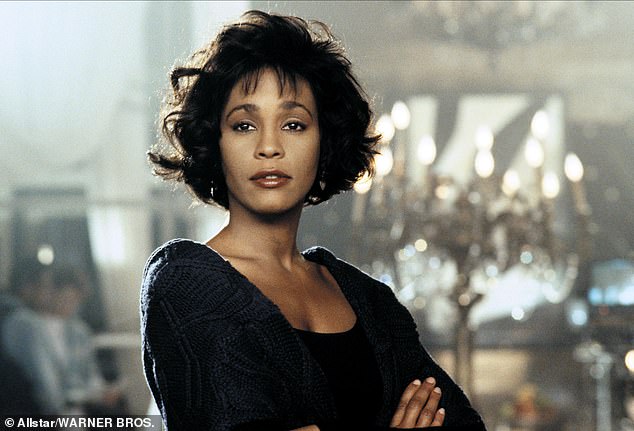 Whitney Houston in The Bodyguard. Nick Lowe was thrilled to discover, in the early Nineties, that one of his compositions would feature in the movie The Bodyguard

Then jazz singer Curtis Stigers’s cover made The Bodyguard soundtrack in 1992 and, in turn, made Lowe a wealthy man. As with Leonard Cohen’s Hallelujah, you sense the song is just one X Factor song choice away from being a true modern-day standard. It was revered by many of Lowe’s contemporaries: John Lennon admired its message (even quoting the chorus in his final interview), and Bruce Springsteen performed the number in his 2004 shows.

Lowe has enjoyed several other high-achieving songs, including the US Top 20 ear-worm Cruel To Be Kind with Rockpile and his 1978 UK solo smash I Love The Sound Of Breaking Glass. But his songs remain better known than he is, and that’s the way Lowe likes it. ‘Fame is a mug’s game, really,’ he reflects, sipping a midday pint in the garden of his Brentford local pub. ‘You can get a good table at a restaurant for a while but it can utterly ruin you in ways that you cannot prepare for.’

The Surrey-born son of an RAF group captain and a ‘Rosemary Clooney-type singer’ mother, he doesn’t feel in competition with current artists, shrugging when Madonna’s new album is mentioned. ‘Time for another one, eh Madge?’ he tuts.

In Lowe’s 1990 song All Men Are Liars, the crafty lyricist took a gentle swipe at Rick Astley, crooning ‘Well do you remember Rick Astley?/He had a big fat hit, it was ghastly/He said I’m never gonna give you up or let you down/Well I’m here to tell you that Dick’s a clown.’

‘I feel bad about that now,’ confesses Lowe, shaking his white quiff. ‘I can’t even bring myself to play it these days although people used to laugh their heads off, it was bloody old nonsense! I’ve never met Rick, but I apologise to the poor bloke unreservedly, although he’s had a big comeback of late. He came back and kicked my a***. Good for him.’

Last year, Lowe celebrated 50 years in the music business and recently ‘marked rather than saluted’ his 70th birthday with a quiet meal out. Elvis Costello didn’t send a gift but ‘a lovely message’. Sadly, Lowe no longer speaks to his old Rockpile pal Dave Edmunds, who retired in 2017 aged 75. ‘Dave was always a loner,’ says Lowe. ‘He’s a singular man.’

Lowe continues to enjoy the third act of his career, performing with Los Straitjackets, a quartet of musicians who wear Mexican wrestling masks. ‘It’s a little strange at first,’ he admits. ‘But it makes a certain sense.’

Not that Lowe is any stranger to strangeness. He was the midwife at the birth of punk rock, producing the first official British punk album for The Damned in 1977. He went on to produce Costello’s first five albums and The Pretenders’ Stop Your Sobbing. 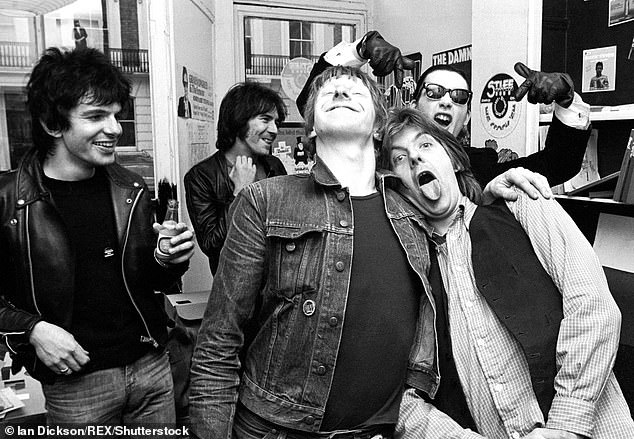 ‘The Damned called me Dad or Uncle,’ he chuckles. ‘The music was pretty basic but I liked punk’s sense of mischief.’

Mischief of a darker nature ended Lowe’s first marriage, to country singer Carlene Carter. He was married to Carter, the daughter of June Carter and country legend Carl Smith and latterly Johnny Cash’s stepdaughter, throughout the Eighties, but drink and drugs threatened to consume the couple.

‘We both behaved as badly as each other and the marriage couldn’t last,’ Lowe reveals. ‘Although we split with great sadness, there was no big row, and we’re still great friends.’

For a decade, Lowe was the stepson-in-law of Johnny Cash and June Carter Cash, who would stay at his home whenever they visited London. ‘John was the most charismatic man I’ve ever met,’ says Lowe, who later wrote The Beast In Me for Cash. ‘But he was in a lot of pain, physical and emotional. He was a flawed man but I adored him.

‘We used to get sloshed together and listen to old records. I’d get up in the morning and he’d be sitting in his dressing gown strumming a guitar in my tiny kitchen while June would be there in a bejewelled turban frying some eggs. It was an extraordinary time.’

Lowe’s life is now healthily low-key by rock musician standards. A VW Golf sits outside his Grade II listed townhouse where The Bard Of Brentford has lived for 36 years. Later, he’ll walk his whippet Larry. 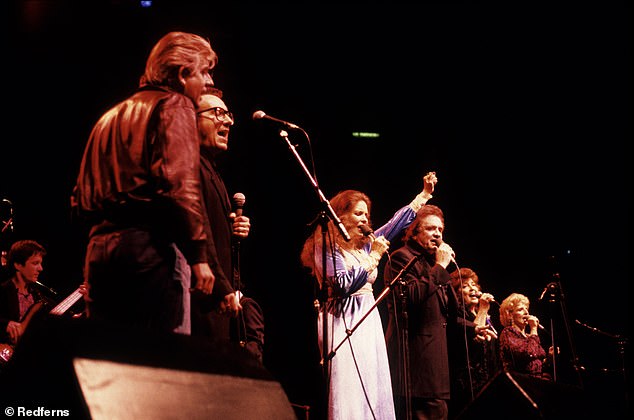 Lowe is married to art director Peta Waddington, 52, with whom he has a 14-year-son, Roy, a promising drummer and a fan of his dad’s music. In America, where Lowe does much of his business, he is now seen as ‘one of those cool-ish older guys, writing about life now and not trying to relive his tight-trousered past’. He attracts young audiences, who have inevitably developed a fondness for his popular hymn to harmony. ‘If you are fortunate enough to write a really strong song, it should hold up for every generation,’ he maintains.

We’re still in need of peace, love and understanding, he sighs, and there’s nothing funny about that. ‘That song started out as a sort of joke,’ Lowe says of his eternal, million-dollar earner. ‘But I always suspected there was something more in it.’

Nick Lowe tours the UK in May and June. His new EP, ‘Love Starvation/Trombone’, is out now. nicklowe.com