How to choose an portable oxygen machine? 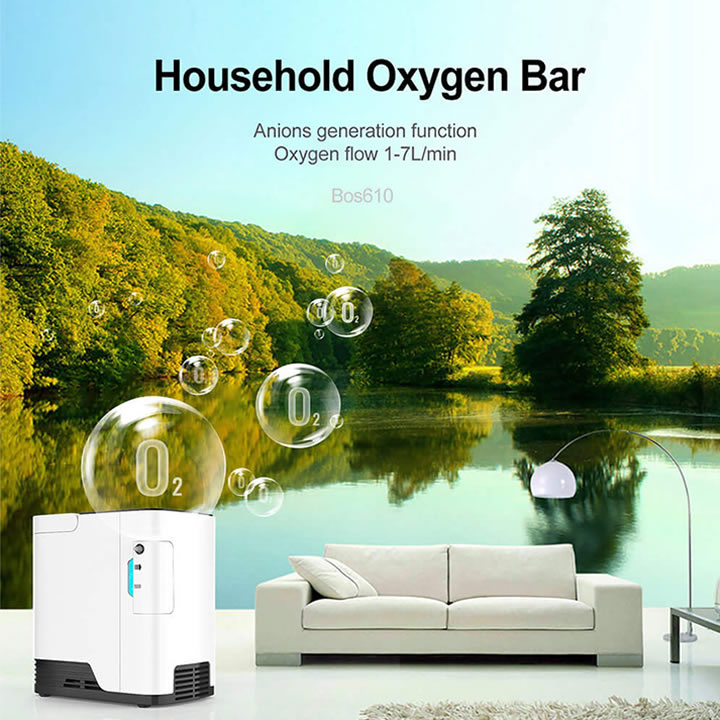 Along with the heart, lung disease prevalence rate gradually increased, oxygen machine has become a lot of patients home treatment essential. Now oxygen generator as a relatively common medical equipment in the family, suitable for most of the respiratory system diseases and part of the needs of patients with oxygen, from the previous heavy oxygen cylinders to today’s portable, safe oxygen generator, family oxygen therapy has also entered a new era.

Molecular sieve is one of the core components of the oxygen generator, and its main role is to absorb nitrogen and separate oxygen. When we open the molecular sieve pot of the oxygen generator, we will find that the internal medium is all the size of a grain of rice, we call it “zeolite”. Zeolite is also a lot of kinds, generally used in oxygen machine and two kinds, one is called lithium zeolite, one is called sodium zeolite.

Primary filtration removes large particles of dust and impurities from the air. After the primary filtration, the air reaches the secondary filter, where most small particles of dust and impurities are isolated. The style of two filters of different oxygen generator is also different, but the function is the same. The service life of an oxygen generator has a lot to do with the quality of the secondary filters and whether they are replaced on time.

Finally say again biofilm filter, high-end machine will be installed, in the front of the oxygen outlet biofilm filter, pass in front of the filter, to oxygen storage tank of oxygen is very clean, biological membrane filter can again oxygen storage tank of oxygen for an ultimate filter, in the largest extent, ensure the user to clean the oxygen absorption.

1 L oxygen generator is an oxygen generator whose maximum oxygen output is 1 L/min on the premise that oxygen concentration reaches the standard. The price of this kind of oxygen machine is relatively low, suit to need the pregnant woman that takes oxygen commonly and the mental worker with long working study tension (be like student, company white-collar) etc., basically use at health care, can undertake 30 minutes or so oxygen cure commonly, alleviate temporarily fatigue, energy is more abundant.

3L oxygen generator can meet the standard of medical oxygen, the maximum oxygen output is 3L /min, that is to say, the oxygen flow can be adjusted in the range of 0 ~ 3L /min, can only be less, can not be adjusted higher than 3L /min flow, otherwise the output oxygen is unstable. This kind of make oxygen machine because brand different price is different also, be in commonly more than 2000 arrive 4000 or so, suit to at home old person health care to take oxygen or have a few slow disease (be like disease of hypoxic sex of heart blood vessel, hypertension, tall blood sugar, fat wait) patient oxygen cure at home. The main objective is to improve blood oxygen saturation and prevent the occurrence of some other diseases.

If it is only used for health care oxygen machine, often small volume, cooling function is relatively poor, can not work for a long time. But most medical oxygen generators used for therapeutic purposes can operate 24 hours a day. For example, patients with copd combined with chronic respiratory failure need at least 15 hours of oxygen intake per day, so they need to buy an oxygen generator that can provide oxygen for a long time, so as not to meet the treatment requirements.

Finally, we remind you that at present domestic oxygenerator brand is various, quality is uneven, so oxygen generator when the choose and buy, recommend choose strength and good reputation, reputation assured brand, both domestic and foreign brands, after-sales maintenance and replacement of parts are especially important, only guaranteed brands to ensure product after-sales maintenance services.