How to ensure your charitable donations go to good causes

Most of us choose to give to charity – Britons gave around £9.7billion last year, according to the Charities Aid Foundation. But how do you know your money is having an impact?

As negative stories about particular charities emerge, such as the wrongdoing at Oxfam, or the furore over Kids Company, it can plant doubts about where our money is going – and even raise fears that it could be doing harm in some cases.

So how can you reassure yourself that your money is going to good causes? We run through the checks you can do, the warning signs to look out for and the rules to follow to increase the chances that your money is doing what you want it to.

Good cause: How to make sure your donations are making the greatest possible impact

1. See what the heavyweights are doing

To really understand a charity – to scrutinise what it does, how it spends money, what it achieves – takes a long time. It can be hard for an individual to go into this level of detail when they’re planning to give just a few pounds a month.

Caroline Fiennes, director of Giving Evidence, which encourages and enables giving based on sound evidence, suggests a strategy she calls ‘copying someone else’s homework’. She says: ‘There is no rigorous independent arbiter of how good organisations are.

‘The quickest thing is to look at what the big, sensible donors do – and do what they do. I call it copying someone else’s homework. It’s the equivalent of investing like Warren Buffet.

‘Who does the Gates Foundation give to, the Sainsbury Family Charitable Trusts, or Comic Relief? They give a lot of money so you can trust they have done due diligence.’

2. Look at the charity’s impact and how they talk about it

Impact is what ultimately matters – not simply the activities that a charity carries out, but what those activities achieve.

You can learn a lot about a charity from the way it talks about its work on its website and in its annual report.

Does it improve every year, talk not just about what it does but the impact it has? What evidence is it basing its work on – does it have any proof that the activities it carries out are actually helping?

It can be easy to be put off by charities that admit to failings or mistakes, understandably so when they are severe. However, the last few days have suggested that what makes it worse is when charities do not own up to their mistakes. Admitting to mistakes can be a good sign – it shows honesty.

‘A really good sign to look for in a charity’s annual report is is it being honest about failures,’ says Angela Kail, head of the funders team at NPC, the charity think-tank. ‘If we knew how to get all homeless people off the street, we would have done it.

‘If we knew how to teach all kids perfect literacy we would be doing that. Most of the time some solutions work for some people but not everyone, some don’t work at all.

‘It is good when charities admit to that and learn from it.’

What has a charity achieved over the past year and how has it developed? A good charity will be able to talk about its successes and be able to point to changes it has made.

5. Don’t get hung up on admin costs

It is understandable to want every penny of your hard-earned donation to go straight towards a charity’s frontline activities – to buy blankets, build wells, research cures, whatever it may be. But admin is essential for a well-run charity.

Jane Hobson, head of policy at the Charity Commission says: ‘You would not expect to find zero fundraising or administration costs except where the charity is very small-scale and run exclusively by volunteers; equally, it would need a very good reason for fundraising or administrative costs to take up more than half of the charity’s yearly income’.

Angela adds: ‘These days most people work in an organisation where someone else takes out the rubbish or works in the reception – it’s exactly the same at a charity. Core costs have to be funded otherwise you would have specialist staff doing these jobs – which is a poor use of funds.

‘You wouldn’t want, for example at Cancer Research, expert scientists doing the fundraising or updating the website.’ She adds that you don’t want these costs to be super high, but 10 to 15 per cent is absolutely normal. The most important thing is impact.

Caroline notes that safeguarding procedures and maintaining complaints processes to keep staff and beneficiaries safe all require funding – which generally comes from the admin budget. 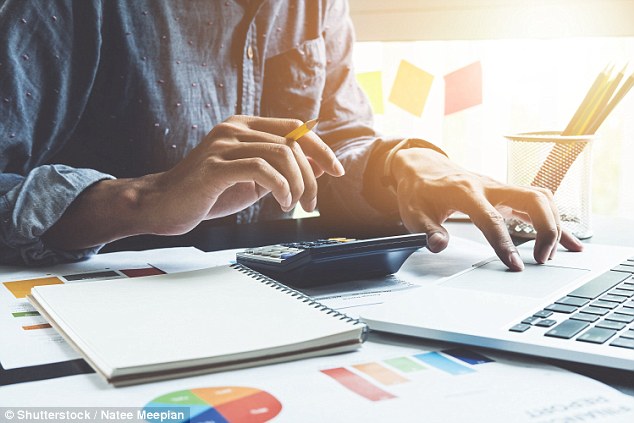 Take a look at the annual report: A charity’s report can tell you a few things – especially if you know where to look

6. Find charities where your money is most needed

Some causes are much more popular than others.

There are some areas that are severely underfunded that need help. Victims of domestic violence, refugees and prisoners are some of these, says Angela.

If you have identified an area where you would like to help, make sure you find a charity that is having an impact.

7. Tell-tale signs that something’s not right

All charities must file their annual accounts to the Charity Commission for England and Wales, a government department that regulates registered charities and maintains a Central Register of Charities.

If a charity is late filing its accounts there will be a red flag saying ‘Documents Overdue’ at the top of the page. Jane explains that ‘late filing tends to be a symptom of the trustees not running their charity well and underlying governance problems or a lack of openness’.

The Charity Commission website will also show if there is an enquiry open into the charity. If the charity has been investigated over the past two years, there will also be links to outcomes.

Jane adds: ‘A statutory inquiry means the Charity Commission has recently or is currently investigating the charity. This is a big step for us to take in response to concerns about the charity and so does not happen to many charities.’

8. Chief executive pay is not a barometer of a good charity

Pay should be proportionate. While some chief executives earn pay in the six figures, the vast majority don’t get anywhere near that amount.

‘You have to think about the organisation that they’re running and is that a good figure to attract the talent needed,’ says Angela.

She adds that some are running huge organisations with massive fundraising operations, with a trading arm with more shops than Next does as a side job. In that context six figures doesn’t seem out of kilter.

But again all this is in the context of impact, she says. ‘It’s better to double the salary if it means doubling the number of people that are helped than waste money on an ineffective organisation which has a lower chief executive salary.’ 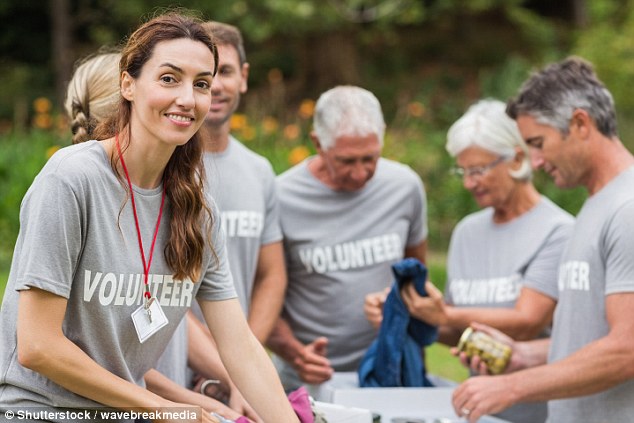 Another option: If you are still worried about tracking your money you could always volunteer instead

9. Ensuring your charity is not doing harm

There are many different checks you can do on a charity, but sometimes things will go wrong.

Angela adds that it’s ‘really unrealistic’ to want to give to a charity and it never do anything wrong. ‘Charities like Oxfam have 5,000 members of staff. Someone somewhere is probably doing something they shouldn’t’.

She adds that this cannot be an excuse not to give at all.

‘While you can’t predict the next area of murkiness in charity, you can look for charities that are on top of their risks, with strategies to manage’.

Angela explains that there is a section in most charity’s accounts called ‘risk to charity’ – this should tell you what risks the charity foresees and what it is doing to mitigate them. Oxfam now has a section in theirs called ‘safeguarding’.

Caroline adds that it’s a good sign if a charity has a ‘system for consulting the people it’s trying to help’. This can help in terms of having the greatest impact, but also means that beneficiaries can report to the charity’s headquarters or raise a complaint if they need to.

Someone collecting for a genuine charity should be able to give you the charity’s registration number, which you can verify on the Charity Commission’s online register.

Collectors should also have an ID badge and their collection device should be sealed and their fundraising materials in good condition.

11. Once you find a charity you like, get the government to chip in as well

UK taxpayers can add Gift Aid to their donations. This allows charities to claim an extra 25p for every £1 you give and it won’t cost you any extra.

You need to make a Gift Aid declaration for the charity to claim – the charity should explain the process to you when you make a donation.

If you are a higher rate taxpayer, you can claim the difference between the rate you pay and the basic rate on your donation – so you could end up with a tax refund as well.

12. If you’re still worried about where your money is going, you could always volunteer

There are loads of charities that need your time where you’ll know you’re making a difference. And if you’re happy with how things are going and you can see the positive impact of the charity yourself, you could always donate money then as well.