The Armchair Traveller: Soak up some Mallorcan sunshine and enjoy a rollercoaster ride in Holland – how to explore the world from the comfort of your home

From travelogues to films and even webcams, Neil Simpson reveals how you can still explore the world from your own home during the lockdown.

If you’re yearning for a glimpse of sandy beaches, sunny squares and swanky marinas, it’s time to unlock The Mallorca Files.

The under-rated but feelgood crime drama, which can be found on the BBC iPlayer, follows two typically mismatched detectives – British officer Miranda Blake (Elen Rhys) and her wisecracking German colleague Max Winter (Julian Looman) – as they attempt to solve cases on the Spanish island.

On the case: Julian Looman and Elen Rhys as mismatched detectives in The Mallorca Files

Expect plenty of scenes showcasing the beauty of the popular holiday destination.

There is an equally light touch on display in Sky High, the novel written by former Virgin Atlantic cabin crew member Jennie Jordan.

The book follows the complicated and often comic love lives of flight attendants, pilots and passengers. Fans say it’s the perfect read if you want to know what really goes on behind the galley curtains on long flights.

If you want to get your pulse racing, a virtual rollercoaster ride in one of Europe’s lesser-known theme parks is for you. Cameras have been attached to the front of the carriages at Holland’s Efteling Park to provide white-knuckle rides from afar. Ride Baron 1898 and you plunge 130ft into a dark mineshaft at 55mph. Videos are being uploaded to YouTube under ‘Front Row Efteling’, and the ‘Theme Park Worldwide’ channel has many more offerings from parks around the world. The most terrifying are the ‘point of view’ videos on ‘dive-coasters’ such as Baron.

A gentler way to get the blood moving is to join a virtual tango class for a taste of Argentina. London’s Tanguito Dance Academy is live-streaming lessons four days a week at tanguito.co.uk. Classes are free but online donations of £8 a lesson are gratefully accepted to see the teachers through the current crisis.

Expect a very different style of music from the Bobby Hotel in Nashville, the country music capital of the world. Managers have persuaded local singers, musicians and songwriters to ride out the lockdown by performing live every day on the hotel’s Instagram site – @bobbyhotel. Past performances can be enjoyed around the clock and the hotel’s mission is to ‘keep the music playing in Music City’. 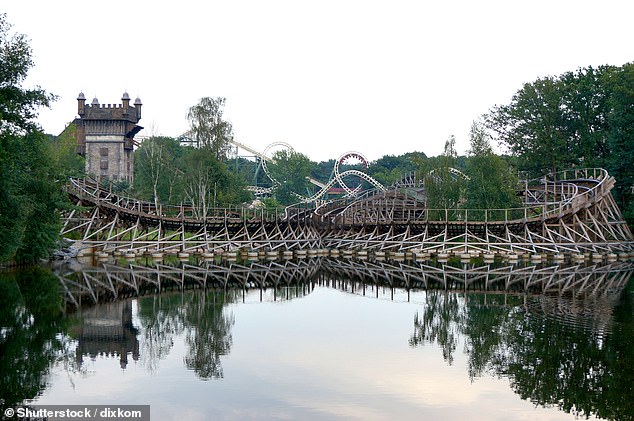 Have you sorted out your holiday photos yet? Business is booming, according to firms such as Snappy Snaps, which have experienced a surge in orders from customers who have finally had time to sort out piles of old holiday pictures and now want them printed in professionally bound books.

The process is easier than you might think: Snappy Snaps has an ‘auto-fill’ option, for example, so that images slot seamlessly on to the templates, and books are normally delivered seven days after an order is placed.

And don’t despair if some snaps are damaged. When high street stores reopen, you can take photos for retouching work that can remove blemishes, tears or folds. Colour can be added to black-and-white pictures and old slides can be transformed into modern formats.