How to feel happier in 15 minutes!

Whether you’re struggling with work stress or battling images with body confidence, feeling constantly unhappy is an incredibly draining state of mind.

But there are simple ways to introduce a more positive mindset, according to psychotherapist Richard Nicholls from Warwickshire.

In his new book 15 Minutes to Happiness: Easy, Everyday Exercises to Help You Be The Best You Can Be Richard explains that often unhappiness is a learned behaviour that we establish over time by following the same patterns.

‘You can get good at feeling bad, so good at it in fact, that you may not even be aware that you’re doing it to yourself,’ he explained.

According to his book, there are plenty of exercises you can do to train your brain to take a new approach – which can be achieved in 15 minutes or less.

Read on to discover the eight tricks you can use to improve your happiness that will fit into the busiest of schedules.

WRITE IN A DIARY

Keeping a personal journal is a great way of helping to gain a better perspective on things. Research has even shown it to have similar benefits to counselling.

But it needs to be done properly. Writing a journal isn’t about wallowing in self-pity. It’s a tool to help you see alternative ways of thinking, feeling and behaving.

A way of looking back over what you’ve written so you can see the changes in your attitude over time. So grab a notepad and a pen and get writing. The grammar and spelling can be all over the place and it doesn’t need to be creative.

How to practice diaphtagmatic breathing

This is one of the easiest ways of calming and controlling your emotions.

But when most people try to take deep breaths they end up puffing their chests out to try to expand their lungs, which is not effective as the rib cage is in the way.

Instead, place one hand on your chest and the other on your stomach. Relax your shoulders and push your stomach out as you breathe in for three seconds.

Hold your breath and count to three again before breathing out slowly to the count of six.

Doing this two or three times will help you feel more in control of your emotions.

If you’re writing about an event that made you feel unhappy that day, make sure to include the thoughts you had that allowed the unhappy feeling and how you’d prefer to react the next time.

Mindfulness is about learning to relax and be at peace with your thoughts, which is a great way to banish negative chatter. But not everyone finds it so easy.

The key is not to put pressure on yourself and give up if you can’t meditate for longer than five minutes without your thoughts wandering.

Stick with it, even if you’re only getting in a few seconds at a time and your mind wanders for the rest of a 15 minute session.

Persistence means you’ll progress from seconds to minutes with less mind-wandering in between, and you’ll find that the mindful attitude stays with you everywhere you go.

Sandwiching a ‘stop thought’ in the middle of negative and positive thoughts will help focus your attention and give you more control over what your mind is doing. 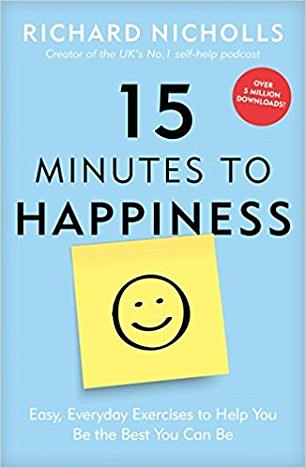 Next time you have a negative thought, shout very loudly in your head ‘STOP’ for at least three seconds and then visualise something that represents a halt, such as a red light.

Then replace the negative thought with the exact opposite. If you were imagining how terrible your presentation at work is going to be, picture it going really well.

If you were reliving an old argument, there might not be an ‘opposite thought’ to match, so distract yourself with any random thought at all or sing the theme tune to a TV show or favourite song in your head.

If yo’re constantly putting everyone else before yourself, it can lead to low self-esteem and deep unhappiness.

Learning to say no can counteract this, as you start placing value on yourself and prioritising your own needs.

It’s difficult, but the only way you’ll get through it is practice, and you’ll soon see that the world doesn’t stop turning and that nobody hates you for politely, but firmly saying ‘no’. 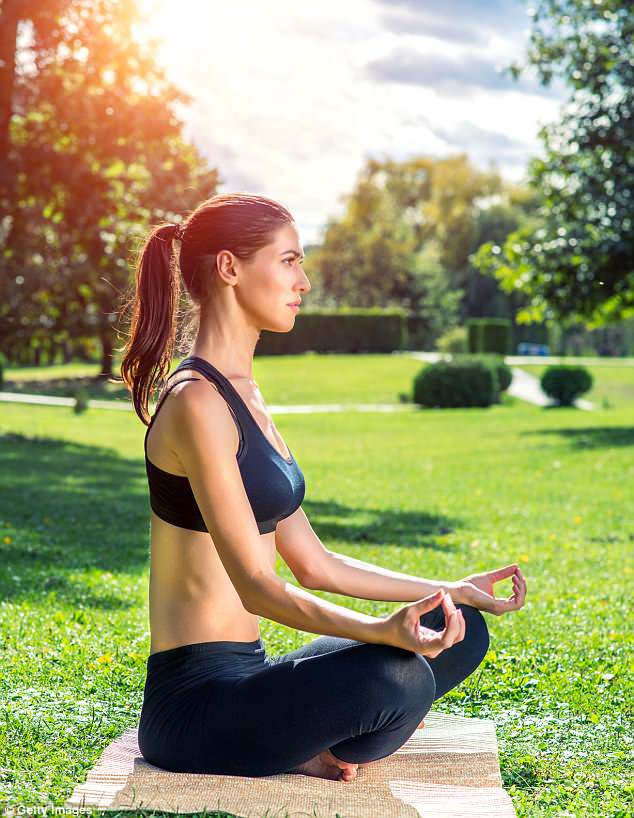 Even if you can only meditate for five seconds before distracting thoughts come flooding in, you shouldn’t give up (stock image)