For some people the temptation to show off a shiny new home on social media can be hard to resist – but that gushing Instagram post could be costing you followers.

New research has uncovered how the pictures that will get you the most ‘likes’ and what makes people click ‘unfollow’ – and it’s good news if you like sharing snaps of your dog.

The study, from Insurance2go, asked 1,000 Brits for their ultimate do’s and don’ts when it comes to sharing online.

They found that boasting about new purchases was a major turn-off, while candid holiday snaps will get you most likes.

A new survey by British social media users reveals the secrets of how the most successful online influencers achieve their large following, Dolly Castro (pictured right with her family) has over six million followers on Instagram for her range of pets, fitness and fashion posts

The poll revealed 68 per cent of Brits enjoy seeing pet posts. As well as photos featuring furry friends, social media users also proved most likely to follow influencers who shared snaps of their birthday, holiday, or in celebration of a new job.

By contrast, just over half of respondents said they found Mother’s and Father’s Day posts ‘acceptable’.

US fitness influencer Dolly Castro, who boasts 6 million followers on Instagram, received a staggering 72,000 likes for her Christmas themed photo with her pets and family.

2. Don’t show off your new home

Attempts to increase social media following can fail due to accusations of ‘oversharing’ as well as posting the wrong theme.

Respondents to the poll agreed photos of a new house is the theme they least want to see online.

Up to 84 per cent of social media users said funerals and politics are the least acceptable themes to post. Many also cited steams of baby photos as undesirable to follow.

YouTube sensation Ryland Adams has 2.4 million followers on Instagram and in addition to his usual posts with pets, he recently shared a photo in his new house. 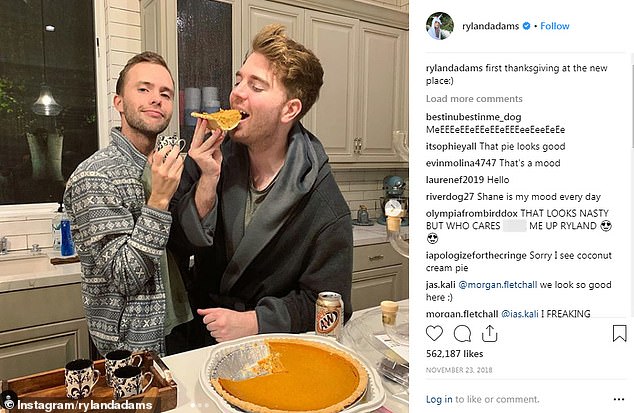 Keith White from East Sussex was embarrassed when a friend pointed out every year on December 28th he shares a similar ‘new year new me’ fitness post.

He said: ‘It really shocked me that I had become so predictably terrible at sticking to my new year’s fitness plan, and posting on the same day every year is just a bit crazy, isn’t it!

‘The reaction my friend got by pointing that out on his Facebook, with so many of our shared friends laughing at the ridiculousness of it, wasn’t my proudest moment. I am taking some time out from social media to really evaluate my life now!’

Sharing the same selfies, meal preps and holiday snaps can get boring even to the most loyal follower. Creativity is key to avoid losing followers on Instagram.

British vlogger Zoella has over 1 million followers on Instagram, yet each time she posts her book cover the number of likes go down. The most recent post gathered just 36,000 likes. 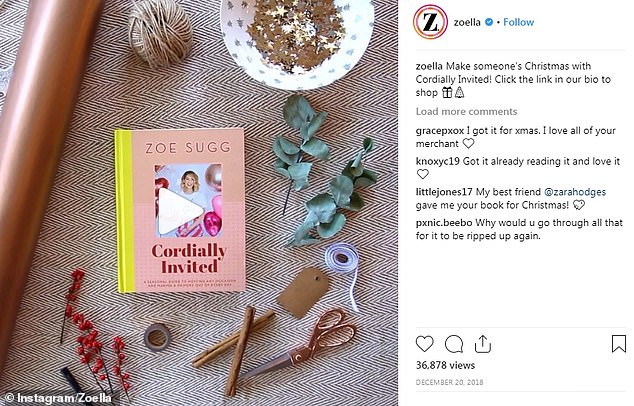 British vlogger Zoella has over 1 million followers on Instagram, however her repetitive book cover posts are among some of her least liked posts

Despite the fear of how posts can be perceived the main thing for successfully growing a social media following remains being yourself.

British plus size blogger Georgina Horne has an increasing 238,000 followers on Instagram for her stream of fashion, fitness and pets posts.

Gary Beeston who is the Sales & Marketing Director at Insurance2go outlined the importance of thinking carefully about what to post publicly.

He said: ‘Although it’s a place to be yourself, social media is often the first place people head to, to boast about their personal life or express upset publicly.

‘The whole world has access to everything you publicly post, so it’s important to also think about the consequences of your online actions before publishing anything that may cause trouble with your friends, family or career further down the line.’ 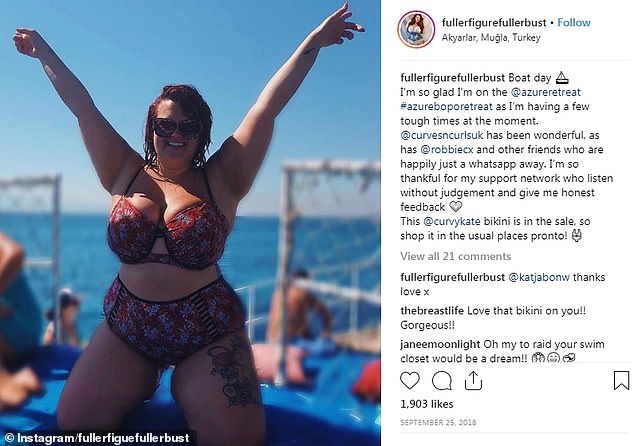 Plus size blogger Georgina Horne (pictured) has a growing Instagram following for her stream of candid fashion, fitness and pet posts