A leading bartender and creative director has revealed his industry secrets to creating the perfect cocktails at home to impress guests this festive season.

Martin Hudak, originally from Slovakia, has been in the hospitality industry for over a decade and has built a name for himself in Australia.

The 31-year-old is most known for being the co-founder of one of Sydney’s most prestigious bars, Maybe Sammy.

Now Martin dished out his cocktail-making tips to FEMAIL, including how to make espresso martinis in 90 seconds and the importance of ice.

The bar also made the list among the World’s 50 Best Bars and ranked 29th. 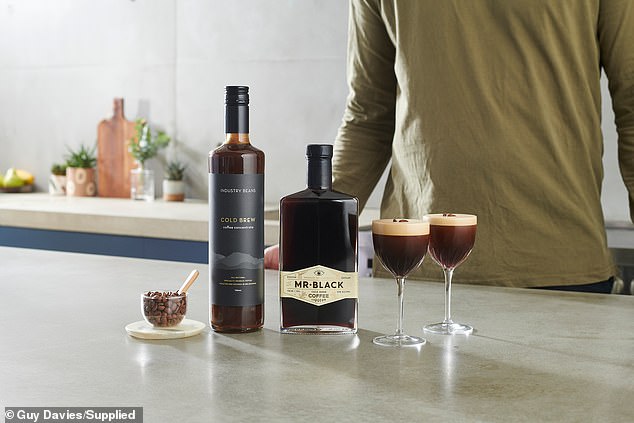 Martin told FEMAIL how to make espresso martinis in 90 seconds and the importance of ice. ‘I enjoy educating people and making them understand that preparing cocktails isn’t rocket science, but it needs to be done right,’ Mr Hudak said

‘I enjoy educating people and making them understand that preparing cocktails isn’t rocket science, but it needs to be done right,’ Mr Hudak said.

‘A lot of people treat making cocktails like cooking when it’s not; cocktail making is an art that’s all about precision and accuracy.’

Mr Hudak believes any adult can make delicious cocktails at home with the right tools and ingredients. 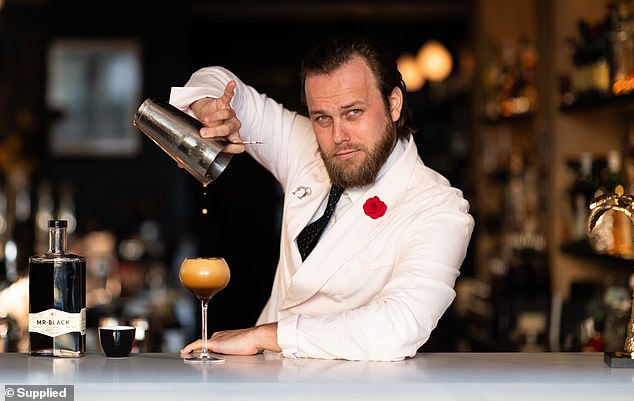 One of his favourite drinks to make and serve is an espresso martini – which only requires two ingredients.

‘Espresso martinis combine both a morning coffee and an evening spirit into one, making it a fun cocktail to enjoy,’ Mr Hudak said.

‘Being in Australia, everyone is obsessed with coffee which is why espresso martinis are so popular. Plus they’re delicious.’

The cocktail can be made by combining two parts (60mL) Mr Black Cold Brew Liqueur and one part (30ml) of freshly brewed coffee into a cocktail shaker.

Then, add ice and shake vigorously for at least 30 seconds to create the iconic espresso martini froth.

Next, pour into a chilled martini glass and garnish with three coffee beans if desired.

‘We’ve been serving this recipe at Maybe Sammy for years and people love it. They also can’t believe how easy it is to make themselves!’ he said.

How to make an espresso martini:

Pour ingredients into a cocktail shaker

Strain into a chilled cocktail glass

Mr Hudak highlighted the importance of ice when making a cocktail.

‘It’s funny because people don’t think about ice even though it’s very important. Using bad ice (such as watery, cracked ice) can dilute your drink faster,’ he said.

Before you make your drink, also be sure to place your glassware in the freezer for 20 minutes.

‘No one wants to drink out of a warm glass,’ Mr Hudak said. 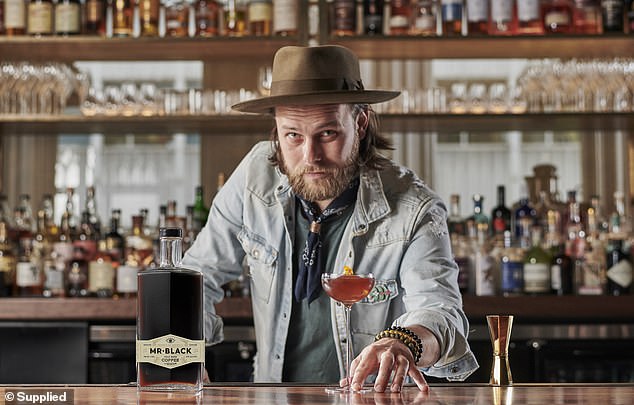 Rather than using small ice cubes that have been sitting out, opt for large ice cubes that are straight from the freezer. Before you make your drink, also be sure to place your glassware in the freezer for 20 minutes

Tips to making cocktails at home:

Measure everything and make sure it’s accurate

Place your glassware in the freezer for 20 minutes before using

The best food and wine pairings:

Dessert and a coffee cocktail – tiramisu and espresso martini

Spritz and seafood – gin and tonic, wine or bubbles paired with seafood to enjoy during summer

To spice up a ‘boring’ beverage this holiday season, Mr Hudak suggests adding a garnish or consider adding a spice that matches the spirit.

For instance, cinnamon and orange garnish pairs nicely with brandy or spiced rum to make the perfect Christmas martini.

Edible flowers are one unique garnish that always ‘makes people excited’ because they ‘look beautiful and colourful’ in drinks.

When asked to settle the debate over whether ice should be added to wine, Mr Hudak said with a laugh that he ‘doesn’t judge peoples choices’.

Maybe Sammy launched in Sydney in 2019 and has since become an iconic cocktail bar with a 1950s flair.

It has quickly become Australia’s most famous cocktail bar, and at nearly four years into its life, Maybe Sammy continues to set the pace for cocktail bars in the country

Despite personnel changes, the team is packed full of personality, overseen by the charismatic and outgoing Martin Hudak and ably led by Sarah Proietti and Paolo Maffietti, and is known for its lively and entertaining approach to hospitality

The bar ranked in 29th place on the list of World’s 50 Best Bars, with Cantina OK! ranked at number 41