How to recreate fantastic cruise dishes at home, from pho to scones and sponge cake

How to recreate fantastic cruise dishes at home, from scones to sponge cake (but our writer can’t quite stomach the crispy tarantulas he was served on one voyage… )

By James Litston For The Mail On Sunday

What’s the one thing you’ll find in common between mega-ships, tall ships, river cruisers, expedition or boutique ships? Incredible food. Cruisers vie to set themselves apart through their culinary prowess, so food has become an exceptional element of any adventure afloat.

Of all the delicious things I’ve been served – from fresh-baked pastries to sushi, steaks and decadent afternoon teas – the dish I was least expecting was spiders. Great big black tarantulas, deep-fried to perfection.

They were the centrepiece of a ‘bug buffet’ providing a foray into the local street-food scene. On our journey through Cambodia and Vietnam with Emerald Cruises, I couldn’t bring myself to nibble an eight-legged amuse-bouche.

James says cruises provide an unbeatable chance to be fearless and try new food. However, he couldn’t stomach the deep-fried tarantulas he spotted on a buffet while sailing through Cambodia and Vietnam with Emerald Cruises

When it comes to trying out new dishes, cruises provide an unbeatable chance to be fearless. Agreed, spiders might be a little extreme but with meals and snacks included in the price, is there anything to lose in being a slightly more daring diner?

On the same voyage down the Mekong, we sampled dishes made with ingredients picked up in riverside markets. Our choices included rice-paper rolls packed with herbs, or fragrant bowls of pho (noodle soup), which brought the essence of the destination on board.

The pho was a big hit. This rich broth, with its crunchy herbs and zesty zing from fresh limes, turned out to be the taste of Vietnam. It was also something straightforward enough to consider cooking at home. I’ve since made it, following a recipe from Emerald’s own chefs.

Intrigued? Then fire up your wanderlust and fill your kitchen with heady aromas; you’ll find the recipe at emeraldcruises.co.uk/news/discover-the-mekong-in-five-recipes. 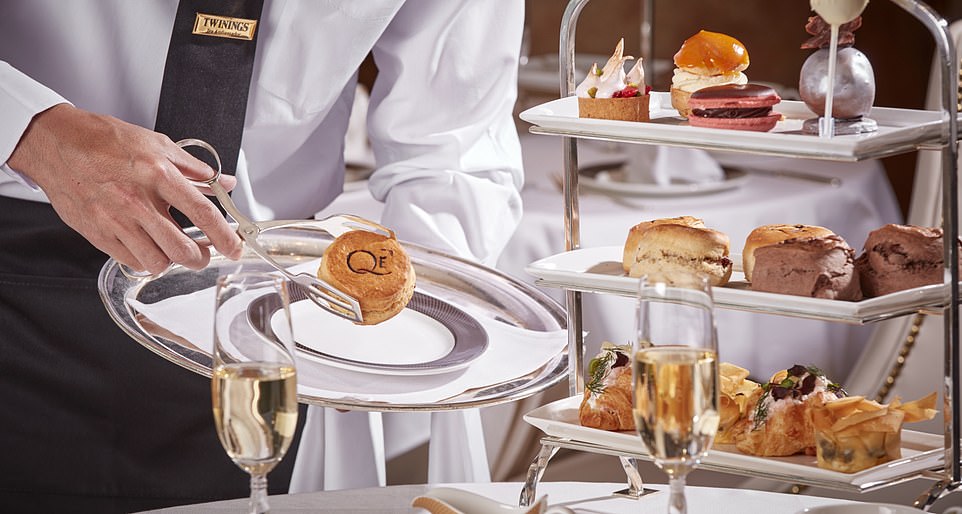 Top treat: Cunard’s afternoon tea is an indulgent treat, with scones made to a recipe perfected by chef Nick Oldroyd 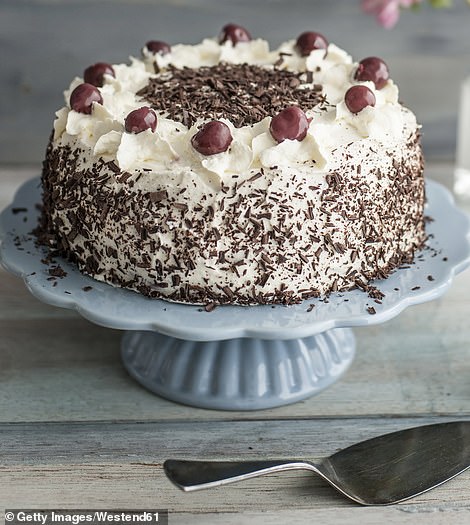 Passengers often feel inspired to recapture a holiday memory through food, using recipes published on cruise lines’ blogs. It’s a phenomenon that’s been amplified during lockdown by fans relegated to life ashore. Cunard’s guests have baked their way out of lockdown blues.

According to its culinary development manager, Gareth Bowen, the most engaged post across its social media channels in the past year ‘related to the scones from our afternoon tea’. Its afternoon tea is an indulgent treat with scones made to a recipe perfected by chef Nick Oldroyd (cunard.com). The secret, it’s said, is to leave the mixture to rest between kneading and baking, and to brush each scone with egg yolk.

Regional flavours are also celebrated on board American Queen, a paddle-steamer on the Mississippi. Give them a try with a recipe for turkey gumbo, a Southern stew from Louisiana (americanqueensteamboatcompany.com).

Or stick to Mediterranean flavours with Oceania Cruises, which prides itself on serving ‘the finest food at sea’. Its lemon risotto is a celebration of spring. Find the recipe on oceaniacruises.com.

So popular has the notion become of cooking cruise-ship classics at home that Viking Cruises has its own cookbook, Kitchen Table. It’s filled with recipes from around the world, from Egyptian koshari and Jamaican jerk chicken to a rich German Black Forest gateau, with details of dishes and how to make them at thekitchentable.com/recipes.

Now, what was that recipe for the spiders?