HOW TO TELL A SWEATSHIRT FROM A HOODIE 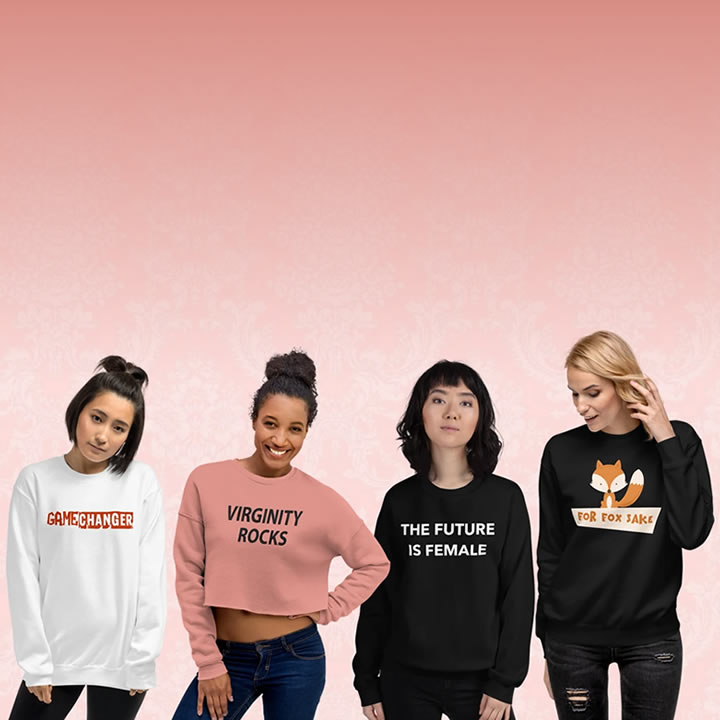 Sweatshirts and hoodies are some of the most common garments to put on when it gets cold. The two have some common similarities that most people use the terms interchangeably. However, the two have particular features that can help you tell them apart. Sweatshirts for women and men are worn as utilitarian clads that can fit almost all occasions.

When they were first made, sweatshirts didn’t have a hood on them. Instead, they were a long-sleeved pullover covering the upper torso and arms. When designed as a pullover, they come with fasteners such as buttons, hooks, or zippers. They can also have pockets.

The Birth of Sweatshirts and Hoodie

Sweatshirts were initially worn for sports and considered outdoor workwear. After developing a process for sewing thicker fabrics, a US company known as Champion initiated the sweatshirts. Later in 1930, the company began sewing a better version to keep workers warm. Upstate New York is considered the “birthplace” of the hoodie.

In the 1970’s the New York hip-hop culture popularized the hoodie. At the time, graffiti artists would be rounded up by law enforcers for tagging subways and walls. To help hide their identity, they would cover their heads with the hood that completely covered the head and face.

When one adorns a sweatshirt, they’re affiliated with sports, fitness, and exercises. For this reason, they’re preferred by athletes because of their ability to absorb sweat, thus the name sweatshirt. It also allows a free range of body movements.

The sweatshirt is paired with sweatpants, to make a complete sweatsuit. Today, crewneck sweatshirts are worn by men and women alike and not necessarily the sportive kind.

Depending on the manufacturer, sweatshirts can be made from wool, jersey, plastic, or other materials such as French Terry and other synthetic fibers. At times, it can be a combination of any of these blends. However, there’s no difference in the fabric used to make a hoodie and a sweatshirt.

You can put on a shirt or a T-shirt under and adorn sweatshirt as an additional garment. A sweatshirt can also be a stand-alone garment where you just slip it over the vest.

Generally, a sweatshirt is a simpler version of a hoodie. It’s designed with no fasteners such as hooks, buttons, or zippers. At times it can have front pocket slightly below the waist.

A hoodie or a sweatshirt keeps warm in cold weather. When either of these is made from French Terry Cotton and tailored with a closed waistband on the sleeves and the torso, they make the perfect heat insulation. However, the hoodie beats sweatshirt in warmth because of the headcover. It is the best option on a windy day as opposed to a sweatshirt with a round neck.

Modern fashion trends avail the sweatshirt in cozy-cool designs with a hoodie to cover the head, while others have compelling slogan style, and classic logos. Sweatshirt dresses are the latest version of the sweatshirt.