How to treat anosmia: There ARE ways to help if you’ve lost your sense of smell and taste

Spring is the best and worst time of year for me. Alive with colour. Vibrant with birdsong. But dead to the nostrils and taste buds.

That’s because, like three million other people in this country I have anosmia : I can’t taste and have no sense of smell.

As a result, the scent of lilac, the flavour of new-season asparagus and the smell of a freshly cut lawn are denied to me.

It began after a nasty accident while I was waiting for a train at Grantham station more than 30 years ago. I was scheduled for a meeting at the BBC TV centre in Leeds but a flu-like cold had left me heavily congested and a bit dizzy.

Challenge: Tony Francis, from Chesham, Buckinghamshire, has lived without his sense of smell for three decades after a freak accident in the 1980s

For the first time in my life, I collapsed. My business partner who was travelling with me, said I hit the floor like a felled oak. The back of my head took the full force.

I was taken to Grantham Hospital with a suspected fractured skull and was out cold for five hours. They summoned my wife from Hertfordshire.

Fortunately, I recovered consciousness and was allowed home the next day. They told me the injury would heal in time, but I soon realised that I couldn’t taste my food or smell things.

I did a taste test at a private clinic. Sugar and salt were the only things I could identify. Anything more subtle was lost on me. The blow, I was told, had damaged the olfactory nerve that transmits odour impulses from the upper nasal passage to the brain. It’s not just trauma that can do this; so too can chronic sinusitis and post-viral complications.

The consultant said taste and smell were more or less the same thing. I’d lost both but retained a degree of mouth taste, the tiny percentage which doesn’t depend on smell. I was told there was no cure. It affects the quality of life. When two of your senses go missing, the range of stimuli narrows.

Food and drink obviously lose their appeal and being unaware of your own smell is strange. It makes you acutely conscious of personal hygiene. I avoid garlic wherever possible because I don’t want to offend others by smelling of something I can’t detect myself.

My anosmia happened to coincide with the start of a new ITV series, Heart Of The Country, which I’d produce and present for the next 25 years.

Enthusing about the bouquet of a flower meadow or the rich aromas of autumn was challenging. Was that farmyard as whiffy as it looked? I relied on cameramen and sound recordists to mark my card. 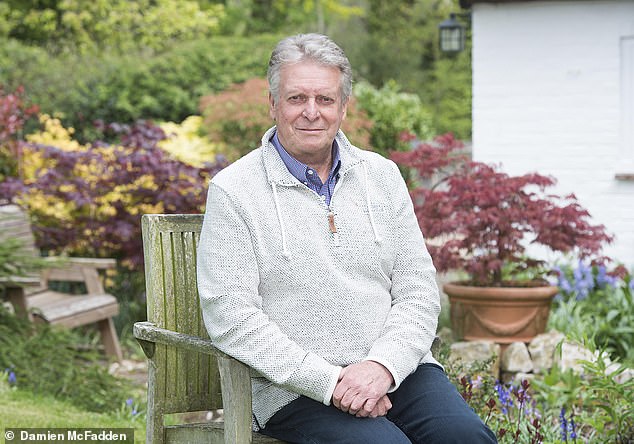 Impact: The blow has permanently damaged the olfactory nerve that transmits odour impulses from the upper nasal passage to the brain

Viewers never knew, of course. Nor did I have the heart to tell our camp-fire chef that none of the myriad dishes we ‘enjoyed’ over the years made much of an impression. Jugged hare, baked squirrel, rabbit in a drainpipe were all the same to me.

The only exception was a sauce we made from the root of a horseradish plant so fiery it would have blown the doors off a tithe barn. Otherwise I faked it.

Surprisingly, anosmics outnumber the blind and deaf — but partly because it’s not as debilitating as loss of sight or sound, it goes under the radar.

Yet, according to research by Professor Carl Philpott, a consultant ear, nose and throat surgeon at John Paget University Hospital in Norfolk, almost half of those affected suffer depression, anxiety or relationship difficulties. Sometimes all three, because they feel locked out of the real world.

I’m lucky. I belong to the other half. Of course, I’d love to smell flowers, baking bread and breakfast coffee. Soap, too. Cussons Imperial Leather was a favourite. I’d love to be aware of my partner’s perfume and the smell of her hair and skin, but I’ve learned to live without those things.

Friends always ask: ‘How can you enjoy a meal?’ Although I shouldn’t enjoy food, in a funny way, I do. The conviviality of a dinner party helps mask the neutrality of the fodder. I also cook but have to go easy on the chillies. 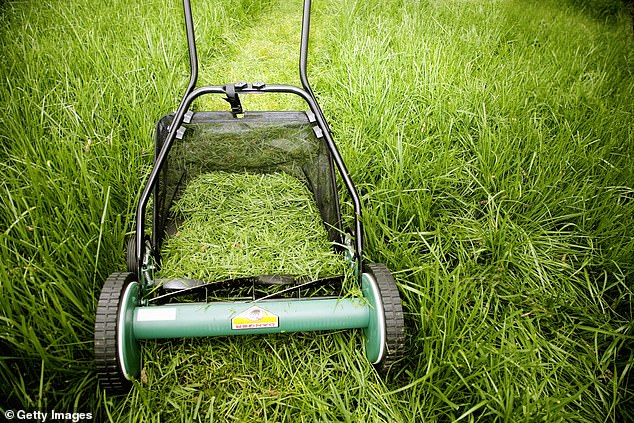 Did you know? Anosmics are susceptible to gas leaks, fire and food that’s past its use-by date. Our lungs, not noses, are the alarm bell for traffic fumes

Spicy food resonates because I can feel its heat in my mouth. However, I have no idea why a chunk of granary bread and Montgomery’s Cheddar still appeal. Texture? Probably. Saltiness in mature cheese? I guess so.

I eat fish but prefer fleshier species such as cod, tuna and salmon because they ‘feel’ satisfying. Sunday roasts are only worth it for the burned bits I can taste. If I eat bacon, it has to be cooked in the oven, preferably cremated.

Strong coffee hits a spot. I first tried liquorice tea in Nepal and now get it from a health food shop. No remedial value, but two bags a cup provide a hint of sweetness.

I enjoy a beer or a glass of wine. Water’s better carbonated because it hits the back of the throat. So food and drink are by no means a misery and discovering new restaurants is still fun, unless they’re Chinese. The food’s too mild.

The role of dinner guest is interesting. You either shock your host with your back story or lick your lips in feigned delight and nod appreciatively with the others.

Before my youngest son’s wedding, we were invited by his future in-laws to taste a selection of wines for the reception. He warned them: ‘Dad can only judge wine by the sound it makes.’ I haven’t seen jaws drop so far or so fast.

Professor Philpott says there’s a tendency for anosmics to stick to the same menu, thus sacrificing the nutritional benefits of a varied diet, but I’m careful to maintain a decent variety.

Until 2010, when Professor Philpott opened the NHS Smell and Taste clinic in Great Yarmouth, Norfolk, help for those with anosmia was hard to come by.

Although I tried zinc tablets in the early days — zinc is thought to play a part in taste — it proved ineffective and I gave no further thought to antidotes. There weren’t supposed to be any.

‘Patients are referred from all over the country,’ says Professor Philpott. ‘They come here feeling isolated by their “invisible” problem.

‘They think medicine has neglected them. Their anosmia has neither been explained nor evaluated and they’ve been told nothing about its consequences.’

That, he says, is partly because some doctors still haven’t heard of anosmia and because people think — wrongly — that there is nothing that can be done.

‘You have to remember that anosmia is a symptom,’ says Professor Philpott. ‘Treatment depends on the cause, so it’s wrong to say there’s no antidote. We can treat the causes, but we need a lot more research into treatment options.’

Basically, these are smelling salts that are thought to help the olfactory nerve to revive itself. His most celebrated success was restoring taste and smell to a local woman who’d been without them for 36 years. She said it was ‘a miracle’.

But, as Professor Philpott explains, it required delicate surgery to free the olfactory nerve.

So have I spent 30 years in an unnecessary wilderness? Professor Philpott is making no promises. In fact, he thinks that 30 years after a head injury, my loss of taste and smell is probably permanent.

Ah well. Being ‘noseblind’ has its advantages. Without wishing to boast, I was world class at nappy changing, though I had to be told when it was necessary.

It may also have sharpened my appreciation of colour because I began painting seven years ago and was selected for the Royal Academy’s Summer Exhibition at the first time of trying.

There are hazards, though. Anosmics are susceptible to gas leaks, fire and food that’s past its use-by date. Our lungs, not noses, are the alarm bell for traffic fumes.

Anosmics living alone have to be especially wary. I’d have to rely on sight, sound or heat if the house caught fire. Fortunately, burning toast is as bad as it has got.