How to use rental payments to build a credit score

Those who move to Britain or are yet to get on the property may not realise just how important credit scores can be.

Alexandra Cheung, a tech consultant who falls into both categories, has lived here for six years and applied for a credit card a year ago. But she was shocked when she was turned down for having a poor score – read her story below.

Now, a free tool that allows renters to use monthly payments to build a credit profile has joined forces with Britain’s biggest building society to help first-time buyers and those who have moved from overseas potentially find it easier to get onto the ladder.

The new relationship between Credit Ladder and Nationwide Building Society should allow buyers to access finance at a better rate and improve credit scores.

Tenants who meet Nationwide’s criteria and pay rent on time will be introduced to apply for a mortgage and discuss various options with the lender.

Credit Ladder, which was awarded a prize of £500,000 by HMRC last year, and Nationwide will use data accessed via open banking to help tenants establish if they are eligible for a home loan.

My hard lesson with credit following move to the UK 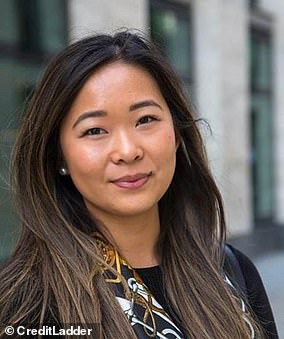 The late 20-something arrived in the UK six years ago after being brought up and living in Beijing, Hong Kong and the United States.

She initially settled into a life of renting and working in London, more recently moving to the central district of Marylebone.

But just over a year ago she applied for her first credit card in the UK and was rejected by the lender involved, which told her she had a ‘terrible credit score’ although its call centre staff couldn’t understand why.

After investigating what had gone wrong, she discovered that credit reference companies had become confused over the difference between her full Chinese name and the shortened version she had used to pay for utility bills and other standing orders.

Alexandra realised she had ‘zero’ credit history in the UK and needed to start from scratch.

After attending a personal finance event at which CreditLadder was present, she signed up for its service and now has her rent recognised by Experian via the platform.

‘It’s important that I improve my credit score because my husband and I are planning to buy our first home together in London most likely later this year, depending on what happens after Brexit,’ she says.

‘When I first arrived here I didn’t realise how important a good credit score was going to be, although it was even worse in the US where I had to wait three years before my bank in Chicago would give me a credit card.’

Sheraz Dar, chief executive officer of Credit Ladder says: ‘With the service already live, the relationship is the first of its kind between a rent reporting service and a mortgage provider in the UK.

‘Working with Nationwide Building Society is a key plank in our plans to help those who dream of owning their own home to realise their aspirations.’

Credit Ladder can analyse the income and expenditure data of its users and overlay them against Nationwide’s qualifying mortgage criteria.

It then puts the rental payments data on the tenants’ Experien credit file to boost their credit score. 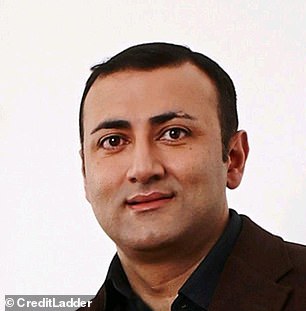 Since launch in 2016 it has reported over £50million in rental transactions to Experian.

Access to the rental reporting offering is free, but Credit Ladder also has two other paid for options – Standard and Premium – which you can opt to pay monthly or yearly.

The paid for version includes other perks such as a free monthly hot drink, cinema discounts and mobile phone insurance among others.

But this is not the only way in which the platform makes its money.

‘Where we can help tenants get onto the property ladder with Nationwide, we would also earn a payment for our work.’ 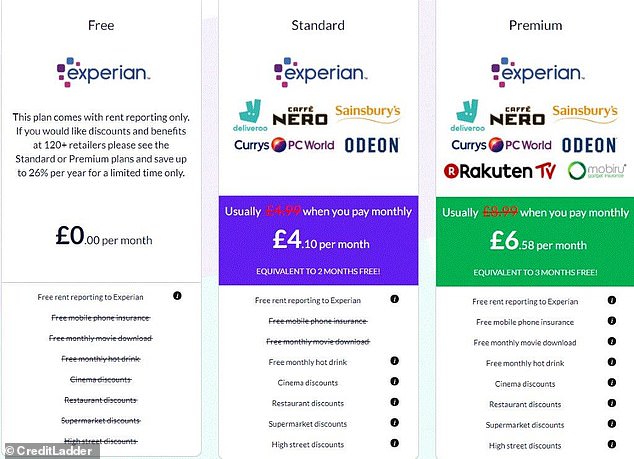 When asked what criteria the building society was are looking for Dar explains: ‘Rent payments typically take three months to show on the Experian statutory report – this is a key report that many businesses look at before making lending decisions.

‘We can’t help with the deposit or how much you could borrow, but we can highlight tenants to Nationwide who have shown good rental behaviour and who we believe could qualify for a mortgage.’

A survey of Credit Ladder’s internal data showed that more than 20 per cent of existing tenants could have qualified for a mortgage.

Dar says that this figure is likely to be higher if they were looking to buy with a partner.

One downside to the service is that only the customer paying the rent will benefit from credit improvements.

Dar says: ‘Currently, credit improvements are for those who pay the rent.

‘If you rent with someone and pay the rent from one account, you would need to have the rent payment coming from your own individual account to see improvements in your credit position.

‘If tenants on our platform are looking for a mortgage, but they are paying rent from a join account, we can still look to help them – they would simply need to get in touch with us.’

Dar admits that the service could also help first time buyers that aren’t employed on a full time basis get a mortgage as well.

‘All tenants can improve their credit score by having their rent reported through Credit Ladder – whether they run their own business or work full or part time doesn’t matter.

‘As additional criteria applies for mortgages, their broader personal finances are more likely to impact their ability to get a mortgage as opposed to the type of role they have.’

Tenants are not required to bank with Nationwide in order to use CreditLadder’s service or be introduced for a mortgage.

Dar adds: ‘There is no requirement for participants to bank with the Nationwide. We can typically work with 95 per cent of bank accounts.

But Dar doesn’t rule out working with other banks in the future. ‘We are looking to extend this service out and work closely with a small number of banks that share our vision of helping tenants.’