Selfie sticks are threatening one of the world’s rarest penguins as tourists go too far to take the perfect Instagram shot.

The Department of Conservation (DOC) claims that rare yellow-eyed penguins at Katiki Point, New Zealand are being threatened by the tourism industry.

The penguins face stress when tourists enter nesting areas near Moeraki in Otago and exacerbate the problem. 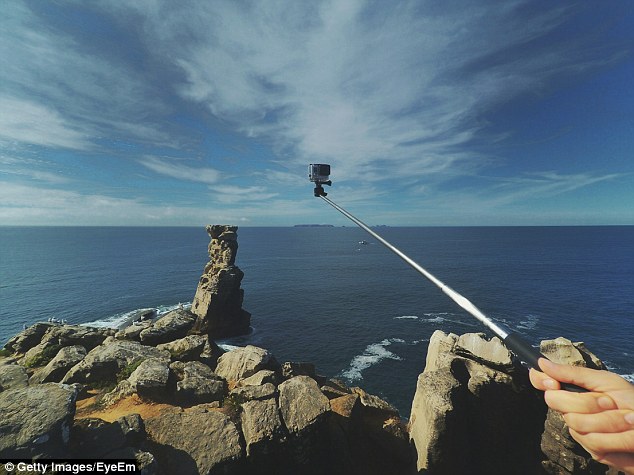 ‘Poor use of selfie sticks and people entering nesting areas is causing stress to nesting penguins. This may also lead to adults delaying returning to their nests when people are present,’ DOC’s website reads.

‘The presence of tourists can also affect chick survival rates and recruitment of new breeders.’

Bruce McKinlay the DOC technical advisor, species and ecosystems, said that visitors would poke their selfie sticks through a fence to get a photo right close into the nest of the penguins, Stuff reported.

‘And that happened repeatedly throughout the breeding season … for those site managers that was pretty traumatic,’ he said.

Mickinlay said that a bad situation is getting worse as tourists share their pictures on the internet encouraging others and suggesting that their choices are acceptable. 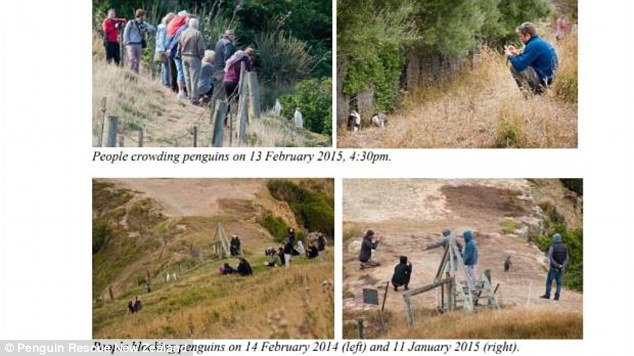 ‘And you then have a real problem to roll back that culture or that expectation that people can actually stand in a photo with a penguin when it’s on its way to its nest to feed its chicks or whatever,’ he said.

‘And everybody says ‘Oh it’s just me, it’s just one person’. But if it happened every day, that’s 100 or more interactions over a breeding season which cumulatively, can be quite significant.’

The manager of the charitable trust Penguin Rescue New Zealand, Rosalie Goldsworthy suggested that the selfie craze came from tourists wanting to make their photos more exciting with the penguins.

She said that the birds don’t have the same ‘fight or flight’ mentality as other animals and instead freeze.

This dangerously suggests to tourists that they are happy to be there, encouraging the selfie craze.

Goldsworthy said that New Zealand has issues with international tourists who are enthusiastic to see wildlife like penguins but are often unprepared with how to appropriately engage with the animals.

It’s not just selfie-sticks that are endangering the future of the penguins as compounded human behaviour are also impacting the birds. 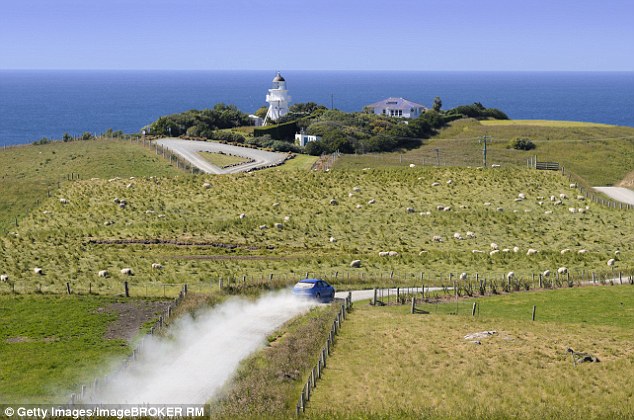