Budapest has always languished in the shadows of its more famous neighbours, Prague and Vienna. Yet its glorious architecture rivals the competition, reflecting an embattled history which ranges from the grandeur of the Austro-Hungarian Empire to the constraints imposed by Nazi Germany and later, Soviet Communism.

You need at least three days to appreciate the twin delights of old Buda and newer Pest, which are divided by the Danube, and were separate cities until 1873.

Waterside wonder: The Hungarian Parliament illuminates the Pest side of the Danube

With 118 thermal springs providing more than 70million litres of thermal water a day, no wonder Budapest earned the title of Spa City in 1934. The most famous are the Gellert Baths (gellertbath.com), an imposing art nouveau complex dating back to 1918. Or head to the locals’ favourite Szechenyi, the largest medicinal bath in Europe.

The Republic of Hungary was founded in 1918, after World War I – following the end of the Austro-Hungarian Empire. It was occupied by Germany in World War II and became a one-party Communist state in 1948 under the Soviets. A revolution in 1956 was crushed and it was not until 1989 and the fall of the Berlin Wall that it found freedom.

Brody House, once the home of a Hungarian prime minister, blends the romance of earlier eras with the quirkiness of modern Budapest. The hotel was divided into apartments during the Communist rule.

Now elegantly restored, it has the air of a club, its walls adorned by the on-sale artwork of local painters, antique and retro furniture and an honesty bar in the evenings. Guests have free entry to Brody Studios events, which include musical evenings and lectures. From £58 per night (brodyhouse.com). 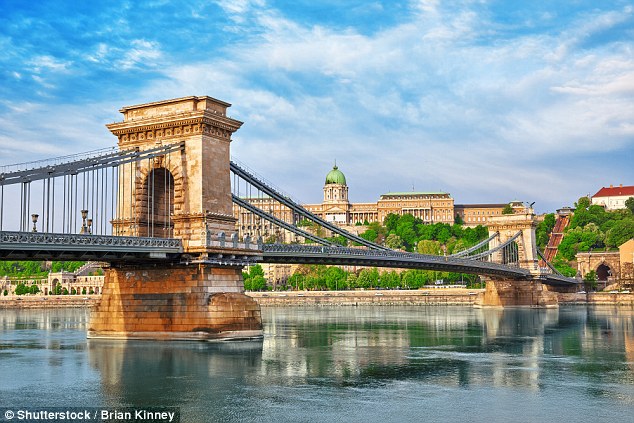 Links to the past: The Chain Bridge is Budapest’s key – and most photogenic – Danube crossing

Cross the Chain Bridge, designed by British engineer William Tierney Clark in 1839, and visit Buda’s historic Castle Hill and Fisherman’s Bastion. Head back past the iconic Parliament Building in Pest and stroll along the elegant Andrassy Avenue with its upmarket shops (Budapest has been called the Paris of the East). Take a Danube cruise for views of the city’s finest buildings.

Discover Hungary’s darker past at the House of Terror, which tells how the population suffered at the hands of Nazis and Communists.

The Life Under Communism exhibition at Miniversum takes a more lighthearted approach, with an animated 1:100 scale miniature model of Budapest, encompassing Communist-era residential tower blocks, Soviet army barracks and the Iron Curtain. Spend a couple of hours in the National Museum for a comprehensive look at Hungary’s former empire and turbulent political life in the early 20th century. 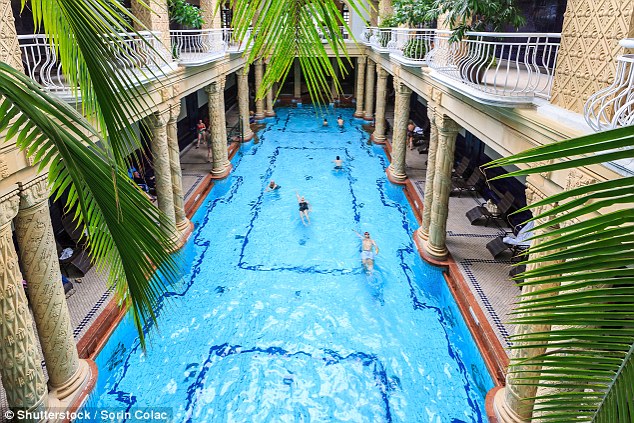 Take a dip: The Gellert baths complex is a Budapest institution where you can soothe the soul

Budapest’s dramatic skyline is best admired from one of its rooftop bars; check out the panoramic views from the recently opened glitzy Aria hotel.

Or visit one of the many famous “ruin pubs” — bohemian bars set in old buildings dotted across the city. Most famous is the Szimpla Kert, a multi-layered, two-storey set-up, which is a quirky compilation of junk and vintage.

For a real party hotspot, head to Durer Kert, which hosts renowned international and local bands.

WHAT’S ON THE MENU?

Built in 1897, the Great Market Hall is the place to go for meats, cheeses, truffles and Tokaj wine.

Join locals for a canteen-style lunch at Fakanal, or make for one of the many stalls selling langos, a deep-fried flatbread topped with sour cream and cheese.

Tukory Etterem is an authentic Hungarian eatery in the banking district — a favourite hangout for artistic locals.

With biting winters, Budapest is best visited in spring or autumn. Sign up for an arts and culture walking tour, or take an escorted walk through the Jewish Quarter (visitbudapest.travel). Exploring on foot is easy, but there’s a good metro and bus service.