Ronald Kessler, a former Washington Post and Wall Street Journal investigative reporter and longtime friend to President Donald Trump, is the author of upcoming book, The Trump White House: Changing the Rules of the Game.

President Donald Trump’s appointee for Secret Service director proposed saving money by withdrawing security protection for some of the president’s family members and aides unless they had received threats, according to a new book.

Randolph ‘Tex’ Alles proposed the cutback to save on the Secret Service’s $2 billion budget, according to Ronald Kessler’s upcing book, The Trump White House: Changing the Rules of the Game.

Instead of visualizing what it would be like if al Qaeda or ISIS took Ivanka Trump hostage, Alles was worried about deploying some of the agency’s 3,200 agents to protect her, the book says.

He adds: ‘Especially given the hatred directed at Trump and his family, the idea that the director of the Secret Service would entertain dropping protection of the president’s family members is itself a scandal and all anyone needs to know about why Alles should be replaced before a tragedy occurs.’

Kessler, a New York Times-bestselling author who previously wrote The First Family Detail: Secret Service Agents Reveal the Hidden Lives of the Presidents, says that one of the Secret Service’s failings is its ingrained cultural attitude that ‘we make do with less’. 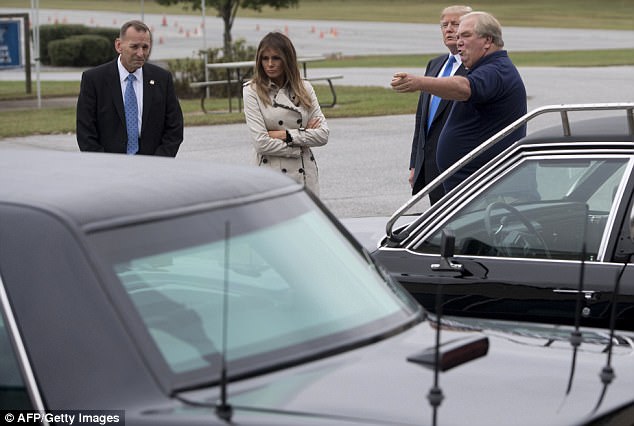 Alles’s proposal was immediately shut down by White House staffers. He is pictured above keft with Trump, First Lady Melania Trump and an unidentified man in 2017

Instead of reversing that attitude, Alles has bought into the plan and suggested cutting back on Secret Service detail, Kessler writes.

‘The entire cost of the Secret Service is roughly two billion dollars a year, about the cost of one Stealth bomber,’ Kessler writes in his book, which is set to be released on April 3.

He adds: ‘About a third of the budget is devoted to investigations of financial crimes, and the rest goes for protection of the president, vice president, their families, the White House, national security events like inaugurations, and visiting foreign leaders.

‘Given that an assassination nullifies an election, it’s a small price to pay for protecting democracy.’

Kessler, a former Washington Post and Wall Street Journal investigative reporter, has known Trump and his family for more than two decades. 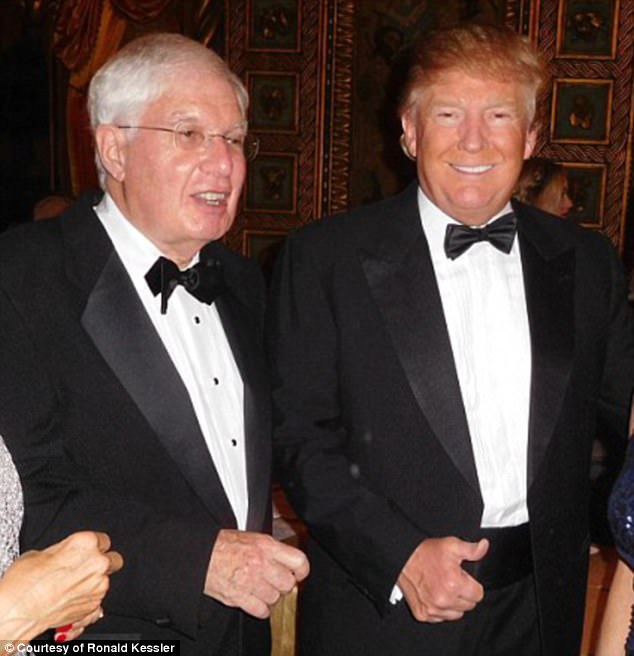 Kessler (left with Trump), a former Washington Post and Wall Street Journal investigative reporter, has known Trump and his family for more than two decades

The book includes an exclusive interview with Trump conducted at Mar-a-Lago, the only interview Trump says he has given or will give for a book as president.

It also reveals Melania Trump’s true influence on Trump and his aides, saying that aides are impressed by the first lady’s judgment and political sense. 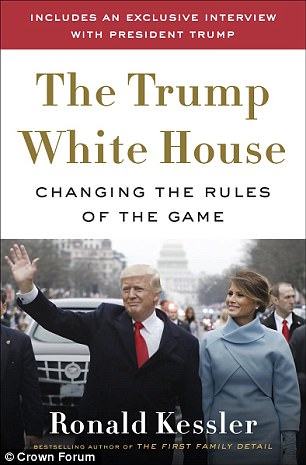 Kessler’s new book, The Trump White House: Changing the Rules of the Game, will be released on April 3

‘Trump has told friends that billionaires are constantly asking him to fix them up with Hicks, who was consumed by her work as communications director and until recently was never seen with a date,’ Kessler writes.

Trump, however, ‘refused’ to pair Hicks with any of his friends, the book says.

Kessler, who has written several books on the government, broke the Secret Service prostitution scandal story in the 2012.

Ahead of a visit by then-President Barack Obama in Cartagena, Colombia, Secret Service members came under fire after taking prostitutes back to their hotel rooms following a night of partying.

The incident came to light after the prostitute at the center of the scandal, Dania Suarez, called police when one agent paid her only $28 instead of her standard $800.

Of the 13 Secret Service employees suspected of soliciting prostitutes, six resigned or retired, three returned to duty and four had their clearances revoked and were removed.

When breaking the story at the time, Kessler told the newspaper that he had learned that among the agents involved, several were married.

Although prostitution is legal in parts of Colombia, the Secret Service is said to consider solicitation inappropriate behavior for its agents.

As of August 2017, it was revealed that the Secret Service was protecting 42 people.

While not everyone on the list is known, 18 people being protected were Trump family members.

While the president and vice president are required to have Secret Service detail, their families can decline protection.

Secret Service members often have nicknames for those they are protecting.

It was revealed last year that Trump was called ‘Mogul’, while Melania was known by ‘Muse’ because of her former career as a model.

Ivanka is believed to be known as ‘Marvel’, while Donald Jr and Eric are known as ‘Mountaineer’ and ‘Marksman’ respectively.

The code names for the other Trump children, Barron and Tiffany, have not been released.